It may be pretty obvious, but it’s worth noting that one of the main purposes of a flight test is to do a little trailblazing. We can and should test processes and procedures as early in a program as possible so we can identify any areas for concern and target problem spots that need some improvement. The more we build and fly, the more we learn. As a flight test, Ares I-X is doing that exact thing for the Ares I rocket.

One aspect of rocket building that we are paying special attention to lately is vibration. Rockets vibrate a lot. In the case of Ares I-X, the vibrations come from several sources. Among them are the vibration and sound waves caused by the lift off of the rocket, the burning of rocket propellant and the act of plowing through the atmosphere at over four times the speed of sound.

The vibration that is produced by the burning of the solid rocket propellant in the first stage booster is called thrust oscillation. These vibrations — or oscillations — come in the form of waves, which travel up and down the length of the rocket like a musical note through an organ pipe. One of the biggest challenges in any rocket design is developing avionics (aviation electronics) that can function in this vibrating environment.

Vibration is not just a rocket issue, though. All electronic hardware is tested for its ability to handle shock and vibration. An MP3 player, for example, has to be tested for its ability to handle the vibrations from someone walking or jogging while holding it, placing it on a countertop, or accidentally dropping it on the floor. However, compared to the workout that Ares I-X’s avionics receive, your MP3 player has got it easy. Imagine shaking that MP3 player inside an automatic paint can shaker for two minutes while continuing to play your favorite tunes. That’s kind of what the electronics of the I-X are up against.

Two of the most important sets of electronics on Ares I-X are the thrust vector control (TVC) system, which steers the rocket, and the flight termination system (FTS), which is used to “self destruct” the rocket if it veers off its proper flight path.

Recently, NASA engineers at Langley Research Center upgraded to a new, higher-precision computer model, which allowed them to more closely examine the vibration environments on Ares I-X. With this more precise model, they observed that some areas of the rocket had vibration levels — called “G-loads” or just “loads” in engineer-speak — that were slightly higher than the levels the TVC and FTS were initially tested to handle.

How much is “slightly?” Well, Langley’s engineers are still examining the computer models to get the full answer, but right now the observed vibration levels are measured in hundredths of a gravity (or “G”). That would be like giving the automatic paint shaker one extra shake every minute — you wouldn’t notice the difference, but your MP3 player might.

The computer models have found that the biggest effects of the thrust oscillation on Ares I-X come between 70 and 90 seconds into the flight, when the rocket is about three fourths of the way through its ascent. Before 70 seconds and after 90 seconds the vibration levels are fine, but for those 20 seconds we haven’t fully verified that we can still steer the rocket with the TVC or send the signal to self-destruct the rocket and end the flight with the FTS if it veers away from its projected path.

So that’s the challenge the Ares I-X team is facing right now. Fortunately, we have several options for handling the situation, and the I-X team is looking at all of them to determine the best way forward:

Since the beginning of the I-X mission, NASA has worked very closely with the Air Force’s 45th Space Wing’s Range Safety team, which controls the range at Kennedy Space Center to make sure that every precaution is taken to ensure a safe launch and a safe flight. The 45th Space Wing will continue to work alongside the I-X team to evaluate the situation and make sure that the best decision is made.

The bottom line is that we’re not launching anything until it’s deemed safe by NASA and the U.S. Air Force, even if it takes a little longer to get it right. We’re all excited about watching Ares I-X take flight later this year, but really, we might end up learning just as much from these steps along the way as we do on launch day. 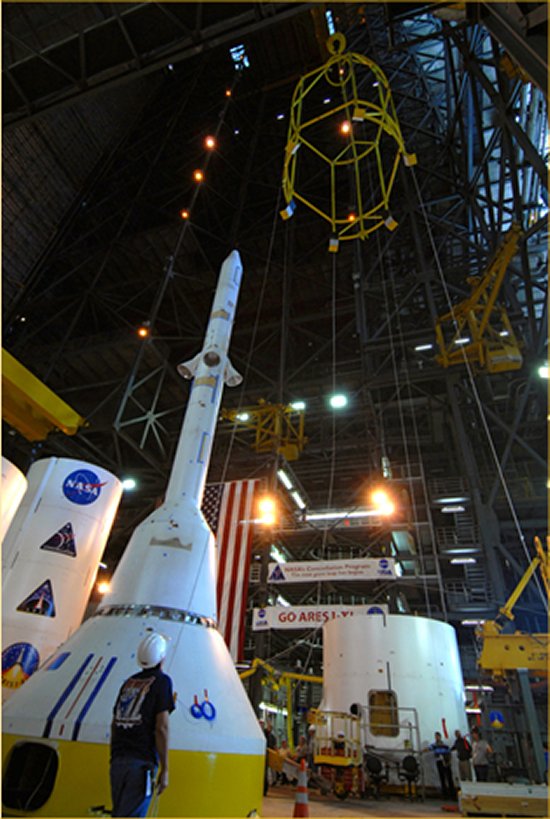 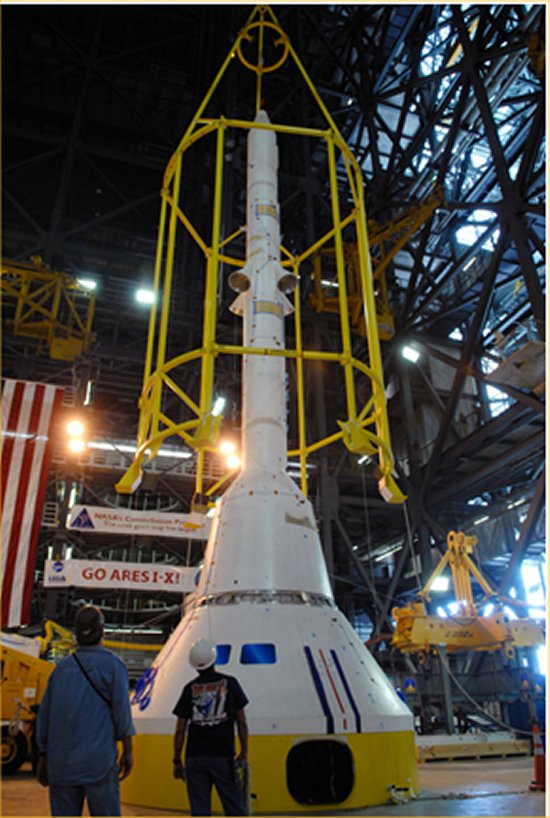 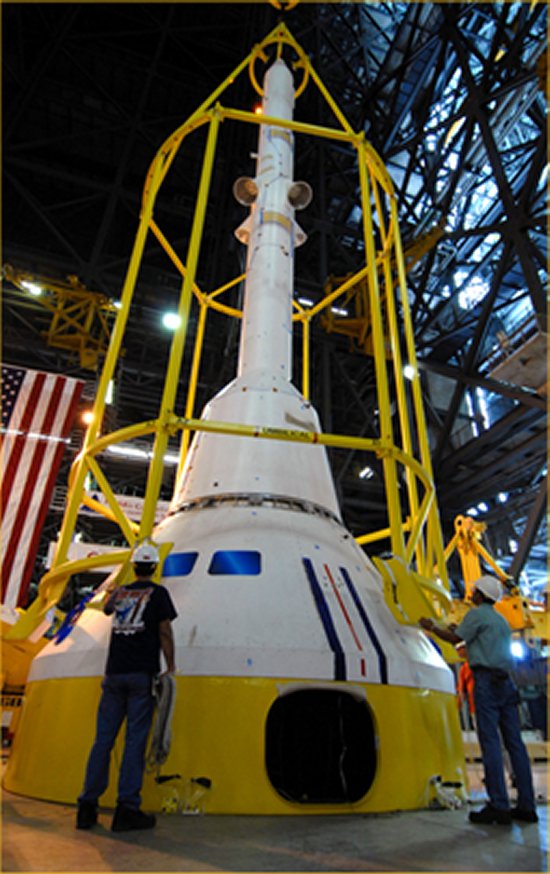 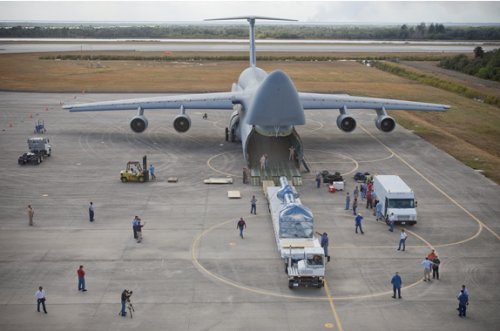 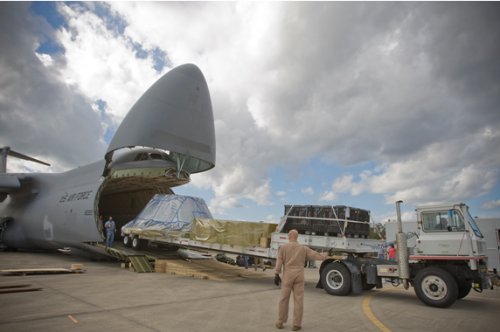 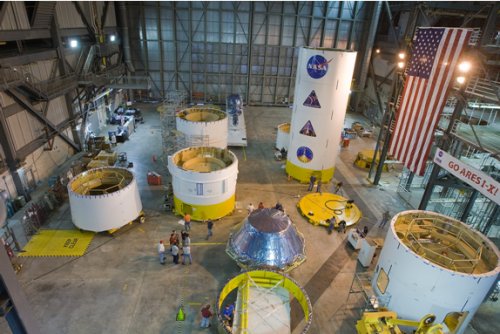 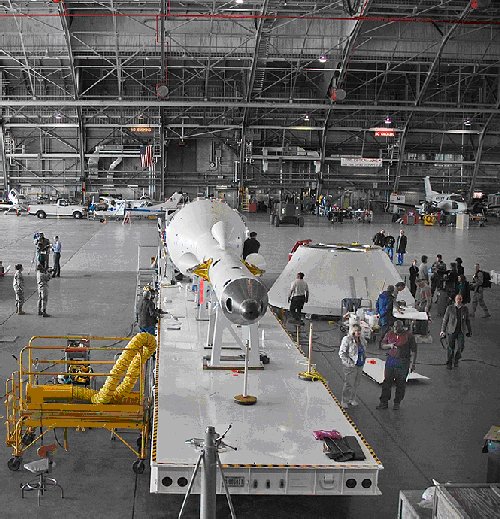