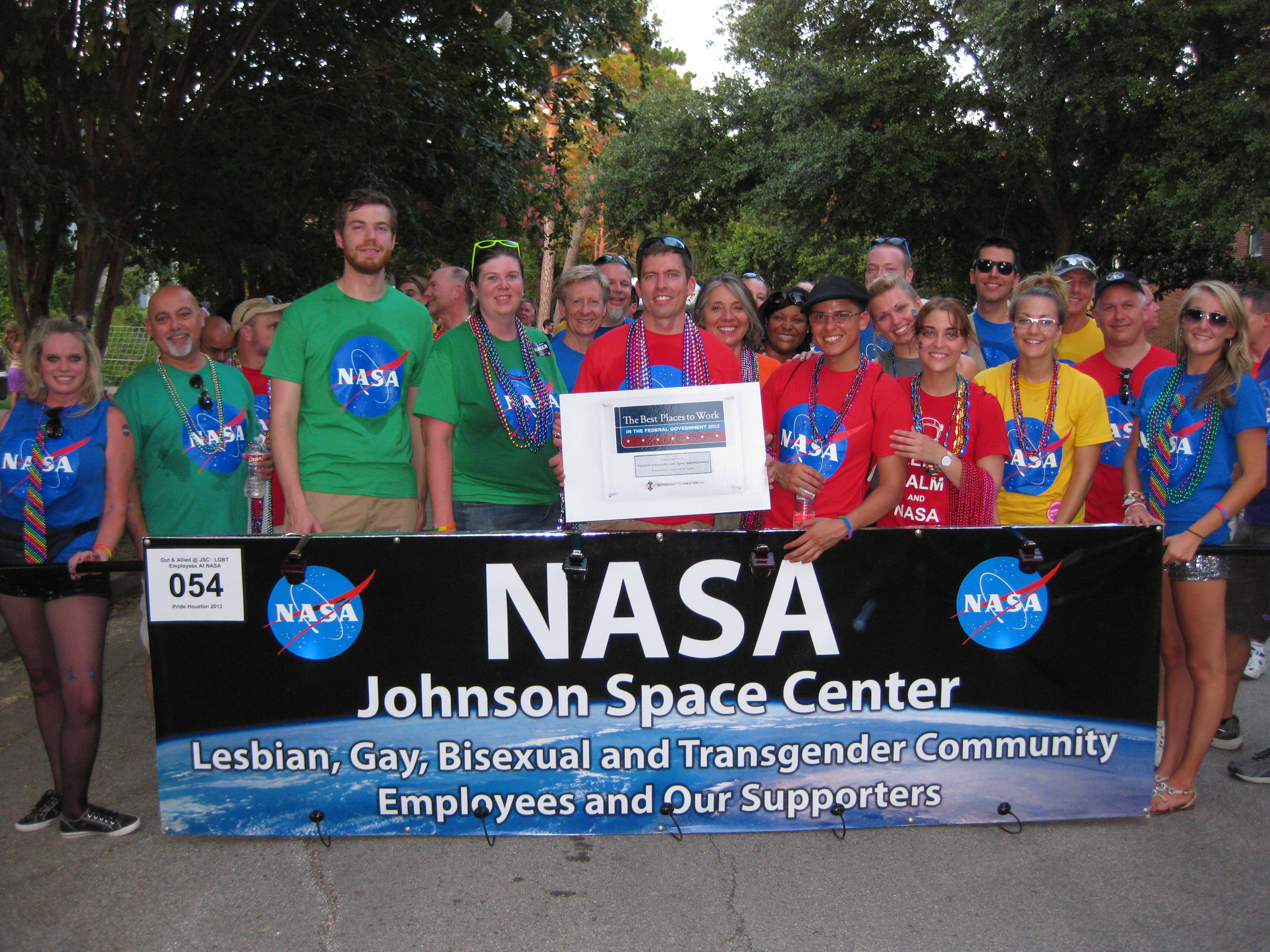 Members of the Out & Allied Employee Resource Group at Johnson Space Center, their families and their friends are pictured right before taking part in the 35th annual Pride parade in Houston in June 2013.  An estimated 300,000 people attended the nation’s only night time gay pride parade and the Pride Festival preceding the parade.  The Out & Allied ERG hosted a NASA booth at the festival as an outreach activity reaffirming the presence of NASA in the Houston area.  Earlier in the month of June, the ERG released its version of “It Gets Better” video in support of the It Gets Better Project whose mission is to inspire hope for young people facing harassment.  The video has been played on NASA TV and ReelNASA – YouTube, and has over 68,000 likes.  Members of the Out & Allied ERG believe NASA JSC is one of the Best Places to Work in the Federal Government because its leadership believes in inclusion and diversity, and it values the skills and talents of every individual regardless of differences including sexual orientation or gender identity.