All, as I type this I’m coming to the end of nearly a full week in our nation’s capitol, and here at the end of our third year as a team I owe you an update from 50,000 feet (sorry, 15 km). I think it’s important that our entire team have this context, so that we can together take on the challenges that 2009 will surely bring.

First, as I review the events of 2008, and the progress that we together have made across this agency team, I am truly proud of what you have accomplished — and you should be too. Today we have projects and hardware and software in nearly every phase of the lifecycle, from pre-formulation of our lunar surface strategy and the international partnerships that are already beginning to form, to formal formulation of the Ares V and Altair requirements, to completion of the program definition phase for Ares I, Orion, and their sister projects, to the testing of engine components and fabrication of flight test hardware for Pad Abort 1 and Ares I-X.

The program has built considerable momentum in the past 12 months and indeed over the last three years since we stood up as a team. We’ve done it for a fraction of the cost in people and resources compared to Apollo, shuttle and station through this phase. We’ve done it while the same supporting institutions execute our other two human spaceflight programs. We’ve done it with focus and resolve to transition shuttle workforce and assets to the new program in the smartest way possible. We’ve done it — done it all — with the Moon as our goal. “Design for lunar” has guided our every move, our every decision, within the bounds of what we can fiscally afford through these lean years until shuttle is retired. 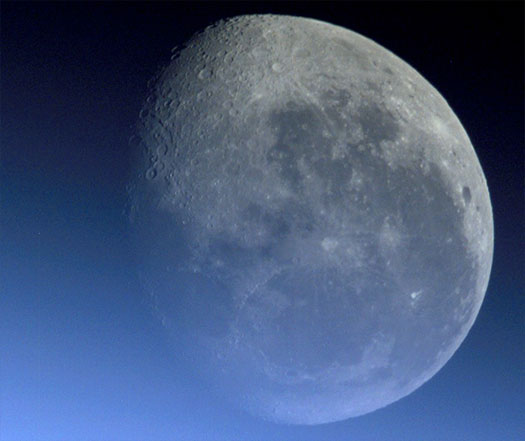 I know you all have seen the public discourse regarding Ares and Orion and shuttle, and understandably such discourse can temper our resolve to push forward — if we let it. But, let’s review the bidding. First, we should remind ourselves, as we saw in intimate detail at last summer’s Lunar Capability Concept Review (arguably the finest such review the team has yet executed), that the Ares I/Ares V/Orion/Altair transportation system is highly integrated and keenly designed to open the lunar frontier to us in the years to come. Our driving requirements of going anywhere on the Moon, staying twice as long as Apollo in a sortie mode, sending twice as many crew members, and enabling their return at any time, must remain at the forefront of any consideration to alter the nation’s exploration launch architecture. I assure each of you that we are doing all we can to communicate this key aspect of our baseline plan — it is about much more than launching Orion to LEO (Low Earth Orbit).

The shuttle team, as you know, has performed a study of projected cost and decision points for extending the life of shuttle. I have not seen the report in its final form so I won’t comment on the interim version. But I will say — will reassure you — that Constellation’s needs, interests, and requirements were central to their deliberations, and we were partnered closely with the study team to provide the Constellation implications of any extension. It was a good effort and I am quite satisfied that any impacts to Constellation are well accounted for.

Somewhat in tandem, in October we kicked off our own special study led by Ralph Roe out of NESC (NASA Engineering and Safety Center) to look at options to accelerate Constellation to allow the first human flight to occur prior to our March 2015 commitment date. All of the deputy managers of our program and project offices participated, along with a substantial number of experienced contributors from outside the program. It took our most recent baseline plan — including budgets, schedules, technical content, risks and threats, and assessed achievability of three different acceleration cases to improve upon the March of 2015 commitment date, assuming of course that resources were added to do so. Ralph briefed the draft report to leadership at HQ (NASA Headquarters), and while it is still being finalized, the findings are not new — the upshot being, if you want to accelerate Ares I and Orion then significant new money must be added to the Constellation budget in FY09 and FY10. This is the same answer that we provided more than a year ago when asked what it would take to keep our September 2013 baseline with an adequate level of confidence.

And no wonder – if you look at a “traditional” funding profile for an aerospace program and compare it to the Constellation budget profile, the deficit in these early years is obvious. What it compels us to do, therefore, is defer some key work to later that would buy down considerable risk — flight and ground tests, manufacturing demos, test articles to investigate structural margins, engineering development units, buys of long lead parts, etc. This is where we are at today with our internal target of September 2014, compounded by very lean reserves in these same two years to deal with surprises.

We’re at where we’re at. In the weeks ahead we will proceed assuming no new money will be forthcoming to accelerate and we will instead move forward to adjust our plan to meet our March 2015 commitment. If a decision comes forward to accelerate by the April timeframe, an earlier date is still possible, but that gets less and less likely with each passing month.

Again, none of this should be a surprise — though some will feign shock and accuse us of overselling. But we have been very careful these three years to avoid that. We have consistently pointed out that our internal ‘work to’ dates were aggressive with this fiscal profile and what additional funding it would take to increase our confidence and ability to execute. These same realities have been reinforced by those who independently review us. Throughout we have applied common government and industry practices and methods for how projects and programs are funded and managed. We kept the option open to enable a more aggressive date as long as we reasonably could before last summer’s re-baselining. Two years of continuing resolutions haven’t helped, but we’ve worked around them to the best of our ability to keep moving forward.

Look at all you’ve accomplished in spite of that!!

All this is offered as context to further amplify what an amazing result — in spite of it all — that 2008 has produced. Constellation is not a paper program anymore. It is a full-fledged assault on the frontier, and if we keep the mission at the forefront of our sights then we can persevere. As the year draws to a close, we enjoy broad support in Congress, we have a vision that we’ve not only embraced but have strategically over the last three years codified in an exploration architecture with a broad range of capability to allow us to unlock first cis-lunar space and then the inner solar system in the years to come… and who knows what other missions these new tools might be employed for?

In the coming year, let’s continue to make history — one milestone at a time — as we celebrate those whose shoulders we stand upon more than a generation ago.

3 thoughts on “Small Steps to a Great Adventure”