In today’s A Lab Aloft guest blogger, Sandra Olson, Ph.D., reveals some of the mysteries of how flames burn in microgravity, as well as how flame studies on the ground and aboard the International Space Station help with fire suppression and safety in space.

Whether dropping through a hole in the ground as part of a drop test or zipping through space aboard the International Space Station, flames behave in fascinating ways in microgravity! In the Zero Gravity Research Facility, or ZGRF, at NASA’s Glenn Research Center, I get to study solid fuel combustion behavior first hand. ZGRF is a historic landmark and the deepest drop tower in the world with a freefall of 432 feet. Drop test experiments, like the one pictured below, look at material flammability during the brief, 5.18-second period of microgravity achieved as the sample package falls. 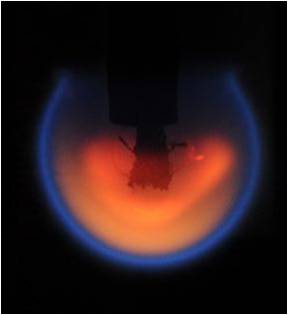 A wax candle flame in very low air flow is nearly spherical with an inner sooty layer near the wick, and an outer blue layer. This blue is due to chemiluminescence, which is when a chemical reaction emits light. (NASA)

The BASS investigation has direct applications to spacecraft fire safety and astronaut wellbeing. A combustion experiment, BASS was jointly designed by scientists and engineers at NASA and the Universities Space Research Association, or USRA. BASS operations are scheduled to begin again aboard the space station in the spring of 2013.

The best part of my job as a researcher is the thrill of discovering new phenomena unique to microgravity. It is exciting to work with something as beautiful and powerful as fire, especially in these unique microgravity environments. The fire images have inspired me to create art images from them. 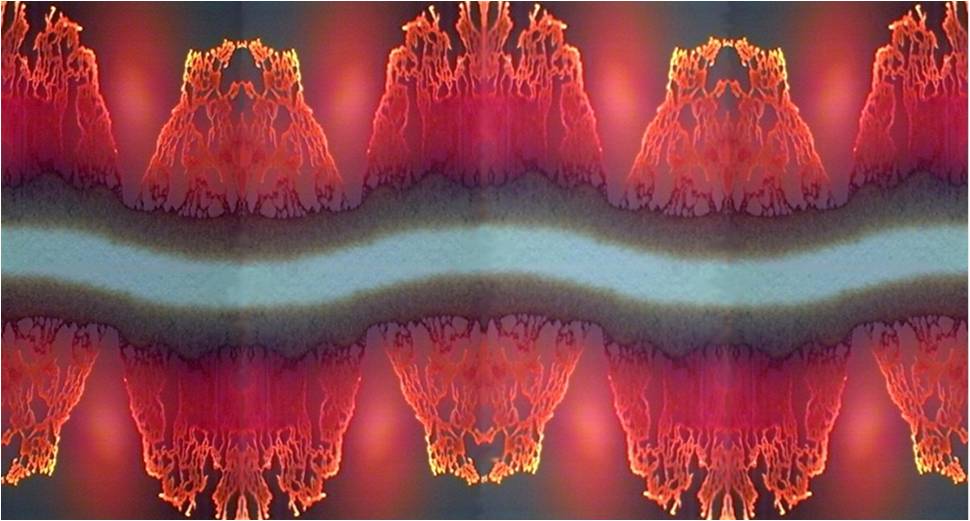 The more we understand the behavior of flames with given materials and conditions, the better prepared we will be to harness their potential and contribute to fire safety in future space exploration. What’s next will depend on what we discover from these ongoing tests, building on the knowledge already gained from these important combustion studies. 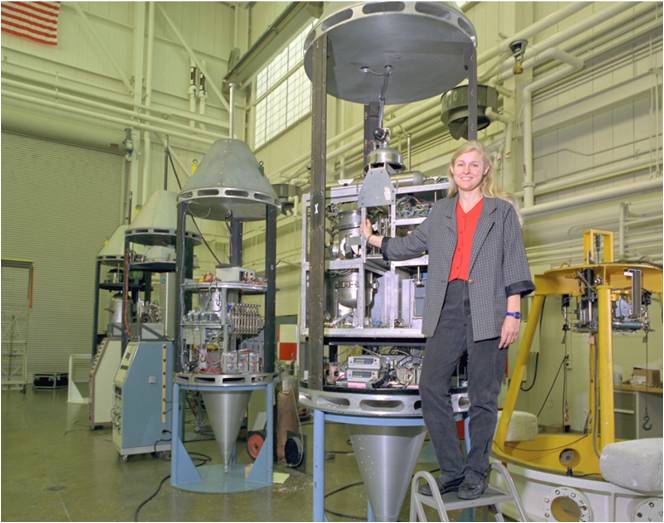 Sandra Olson, Ph.D., is a spacecraft fire safety researcher at NASA’s Glenn Research Center, as well as the project scientist and co-investigator for the BASS investigation. She has a B.S. in Chemical Engineering and a M.S. and Ph.D. in Mechanical Engineering. She has worked at NASA since 1983, most of that time studying microgravity combustion.

3 thoughts on “Flights of Flames for Fire Safety in Space”