In today’s A Lab Aloft, guest blogger Emily White, with the Center for the Advancement of Science in Space, or CASIS, shares her experience at the First Annual International Space Station Research and Development Conference.

In late June, the Center for the Advancement of Science in Space, or CASIS, and the American Astronautical Society, or AAS, in cooperation with NASA, cosponsored the First Annual International Space Station Research and Development Conference in Denver, CO. The conference promoted future space science opportunities through keynote speakers and a variety of breakout sessions focused on space research, accomplishments to date and educating attendees on pathways to space station utilization.

The major theme of the June conference was the “Decade of Utilization.” On the first day of the conference, NASA Chief Scientist Waleed Abdalati commented that the “station empowers us to understand our world.” CASIS, as the nongovernment nonprofit organization that manages the space station’s U.S. National Laboratory, facilitates use of the National Lab for improving life on Earth. By collaborating with AAS and NASA on this conference—the only annual gathering that showcases the full breadth of research and development aboard the station—the CASIS team was able to share this goal with nearly 400 attendees representing scientists and organizations from a variety of fields, including many investigators new to space. 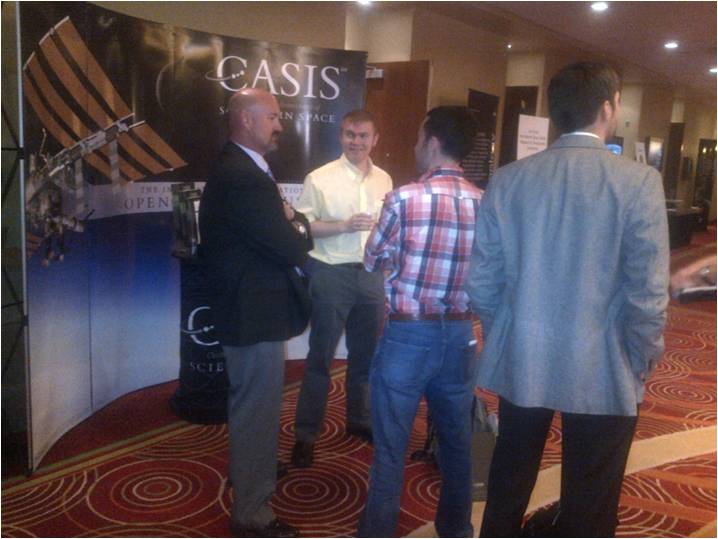 On day two, CASIS Interim Executive Director Jim Royston moderated a panel focusing on upcoming research opportunities on the station’s National Lab. Deepak Agrawal, our Director of Science and Technology, represented CASIS; Larry DeLucas, from the University of Alabama at Birmingham, discussed crystallization research; and Jeff Manber of NanoRacks discussed his company’s research platforms. These talks paralleled the current and near-term activities of CASIS. In fact, CASIS released our first Request for Proposals, or RFP, in the field of protein crystallography on the first day of the conference. An RFP in materials science, in collaboration with NanoRacks, will be released in the coming months.

As mentioned above, many new-to-space investigators attended the conference—an exciting success for the space science community that has long sought to attract new players to the space station. Those of us from CASIS were especially encouraged, since one of our major goals is to make space science accessible to a broader community. Toward this goal, the final day of the conference was aimed specifically at new users. 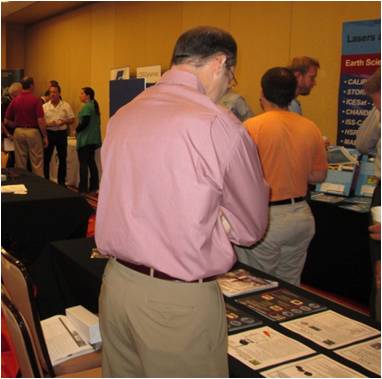 In the morning, CASIS Director of Operations Duane Ratliff moderated a workshop for new investigators on space station utilization. Expectations were that maybe only a handful of new researchers might attend the workshop, as it was the last day of the conference. Instead, the room was full of attendees, many of whom had never sent an experiment into space. An Implementation Partner Tradeshow complemented the workshop. Booths targeting potential investigators were set up by companies with expertise in developing and integrating payloads for flight to the space station.

Presentations and video footage of the First Annual International Space Station Research and Development Conference are available on the CASIS website and the AAS website.

It is an exciting time at CASIS following the conference and the release of our first RFP. Having been with CASIS since almost the start, I’ve watched the organization grow and bring on talented team members, and the RFP release is a major milestone and an energizing achievement for all of us. On the second day of the conference, CASIS also announced a signed Memorandum of Agreement with COBRA PUMA GOLFTM to conduct space-based materials research projects for use in its sporting goods product line. Along with this announcement, we released our design for a “Space Is In It” product endorsement that will be awarded by CASIS to select products enhanced by National Lab R&D. A very busy week! 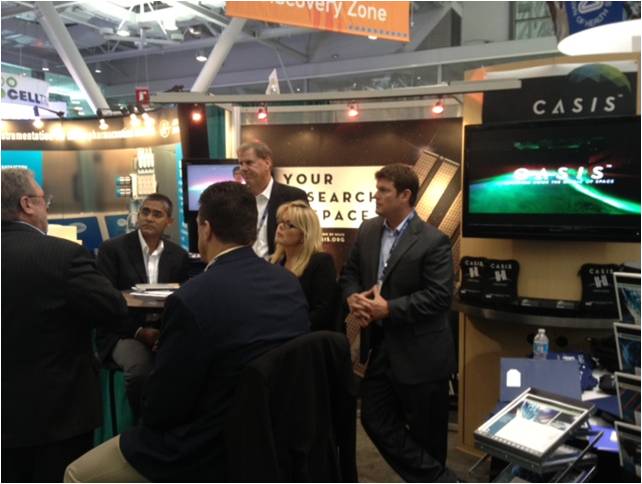 CASIS staff conducting meetings at our booth during the BIO conference. (Credit: CASIS)

The week prior to the Denver conference, CASIS team members attended the annual BIO conference in Boston, where we had a booth in the exhibit hall and productive and encouraging meetings with a variety of companies and foundations.

As the momentum builds from CASIS outreach events and announcements for research opportunities, we hope to attract even more pioneers in the R&D community and to support the efforts of the next generation of innovators.