It wasn’t too many years ago that there was this thing about asking sports heroes after winning the big game, “So, what’s next?”  They would always dutifully answer “I’m going to Disney World!”  I guess that that whole thing is passé since I’ve not heard it in awhile, so I am going offer an alternative.  Maybe it’ll catch on and be the BIG THING this summer… 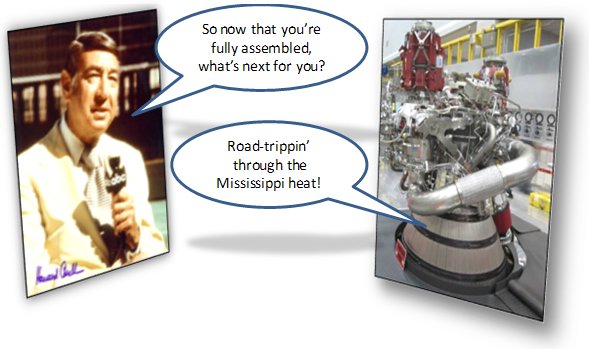 But that is what happens next.  Our little engine is pulled out of the air-conditioned confines of its assembly area and trucked across the NASA Stennis Space Center to its test stand.  No more pleasantly cool and dry air for you, E10001.  This is Mississippi in June.  Thus, in order to make this trip out in the open like this on the back of the truck (don’t try this at home!), the engine has to be sealed up tight against the humidity (and bugs) hanging in the air.  Anywhere where there is an opening, there is a cover, a closure, or a plug.  From the lot at the assembly building in picture (1) below, down the road towards the engine testing area in pictures (2) and (3), and finally arriving at the lot behind test stand A-2 in picture (4).  In picture (5), you can see that the truck backs in alongside the test stand for the next operation. 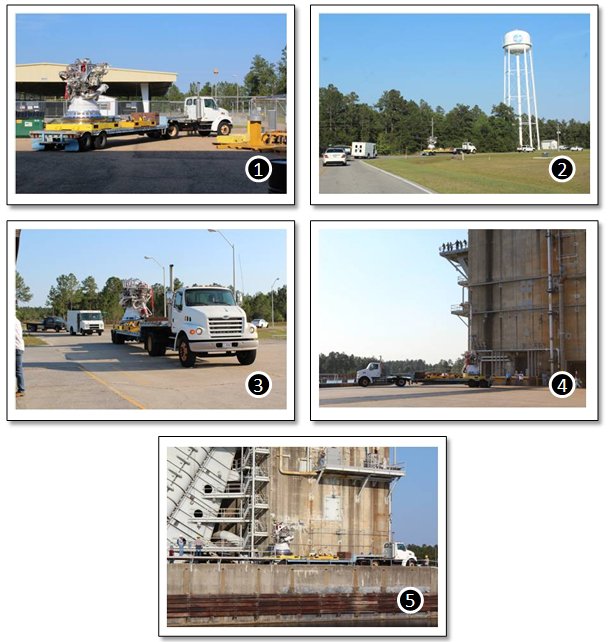 The next operation is to get the engine up into the test stand.  Years ago, this test stand was built for testing the Apollo Program S-II stage (the second stage of the Saturn V vehicle that was powered by five J-2 engines).  Back then, they basically picked up the whole stage (from a canal barge, not a flatbed truck) high into the air and lowered it down from above into the stand.  When it was converted to be an engine-only test stand for Space Shuttle Main Engine testing in the early 1970’s, propellant tanks were added on top of the stand.  So you can no longer lower the test article in from way up above.  Rather, you lift it up about four or five stories and then pull it in laterally.  This is the “engine deck,” the level where the engine will be installed into the stand.  In the pictures below you can see the operation of pulling the engine off the transport truck and up to the engine deck level of test stand A-2. 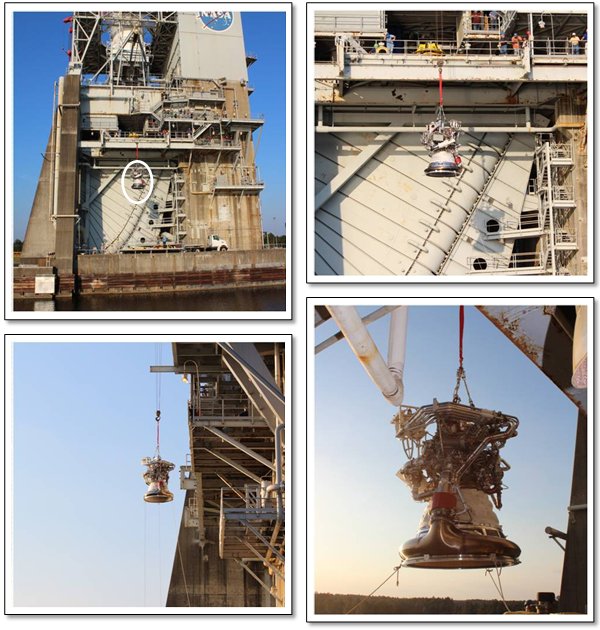 After the engine is lifted to the correct height, it is brought laterally into the stand and set down on the “porch.”  That’s what the folks on the test stand call it: the porch.  The other day somebody (obviously from out of town) mistakenly referred to it as the “veranda.”  We’ll have none of that fancy talk around here!  The thing onto which the engine is set is the Engine Vertical Installer (EVI).  This is a hydraulic lift table that will be used to raise the engine into place when it is to be bolted to the test stand.  So, here is the sequence: you lift the engine up to the engine deck level, you pull it into the stand and set the engine down on the EVI sitting on the porch, then you slide the EVI horizontally into the heart of the test stand (the EVI is on rails for this purpose), you then raise the engine into the test position, bolt it in place, and then you slide the EVI back out of the way.  Ta-da!  Now you’ve installed an engine for test!

In the pictures below you can see the technicians positioning the engine onto the EVI on the porch.  In the bottom picture of the set, you can see in the background to the left test stand A-3 still under construction and, to the right, test stand A-1 where, early next year, J-2X powerpack testing will be conducted. 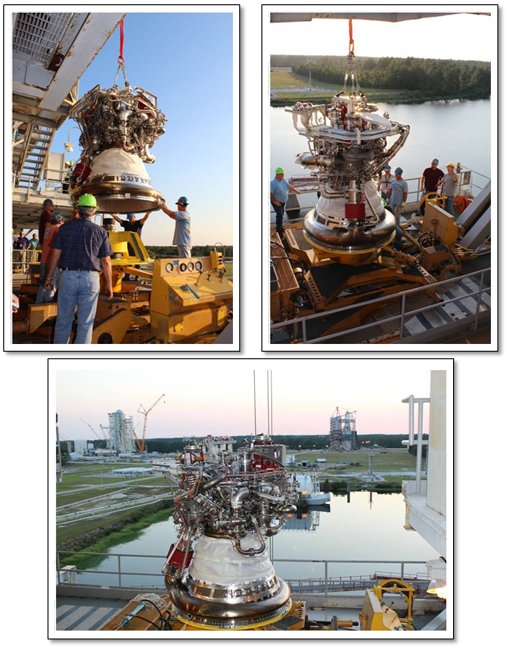 So, our little baby engine is all grown up and ready to see the great big world from high up in the test stand.  The next phase of our development program is now begun: the testing phase.  After the engine is installed and the test stand is readied for hot fire, J-2X development engine E10001 will be used to demonstrate basic operations such as start, mainstage, and shutdown, to verify main chamber combustion stability, and to provide initial validation of numerous systems-level simulations and models.

Okay, somebody go carefully poke the Datadogs because soon we’re going to have genuine, full-up rocket engine test data from J-2X.  And, as a final note, I offer an extra special tip of the hat to all of the folks at SSC (NASA, Pratt & Whitney, and support contractors) for doing an amazing job in terms of engine assembly and test stand readiness preparations.  Don’t ever think that your extraordinary efforts go unrecognized or unappreciated.  Bravo! 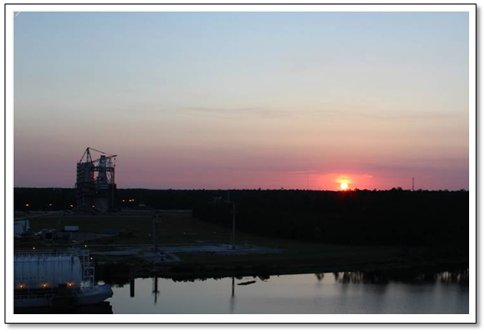