Put a little kid into the driver’s seat of a (safely parked) car and what’s the first thing that they do?  They grab the steering wheel and twist it back and forth.  Twisting the steering wheel back and forth is just about the most intuitive, intrinsic — practically instinctive — sense of “driving” that I can imagine.  Even the handlebars of a bicycle or a motorcycle fit into the same idea.  Can you think of driving a car or a boat or, well, anything, without a steering wheel (of some sort)?  It’s tough, isn’t it? 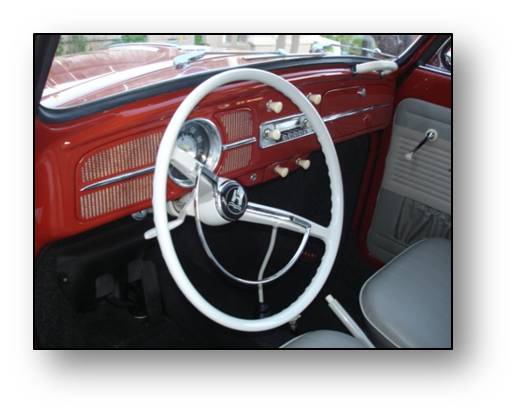 Okay, now think of a launch vehicle blasting off the pad and upwards heading towards the sky.  Other than for some extreme, emergency conditions, there is not anything that stands in for the steering wheel on a launch vehicle during ascent.  The process of steering the vehicle requires such precision and responsiveness that it has to be automated.  Sorry Buck Rogers, the computer is flying the vehicle.  But, even without a steering wheel, per se, how does steering happen?

With a car, you point the front wheels and, thanks to friction between the tires and the road, you get pulled (or pushed for the sports car purist and NASCAR fans) in that direction.

With a boat, you use a rudder so that the water pushing against it points the boat in the direction you want to head.

With an airplane, you have to use a combination of aerodynamic surfaces since you’re now dealing with steering in three dimensions, not just two as with an automobile or a boat.  But the idea is basically the same: the air through which you’re moving pushes against the aerodynamic surfaces and points the plane in the direction you need to go.

What do you do with a launch vehicle?  Not long after the first couple minutes of flight, you’re so high in the atmosphere that there’s not enough air to effectively use aerodynamic surfaces.  In other words, you don’t have a road and a rudder won’t work.  So what do you use when you don’t have anything against which to push?  That’s right: a rocket!

You could, if you chose to do it this way, use dedicated steering rockets.  We do use these when we’re in space and we typically call them “retrorockets” or “reaction and control” rockets.  But during the ascent, you already have a big rocket engine pushing you along so you might as well use that if you can, but to do so, you need to twist it around… 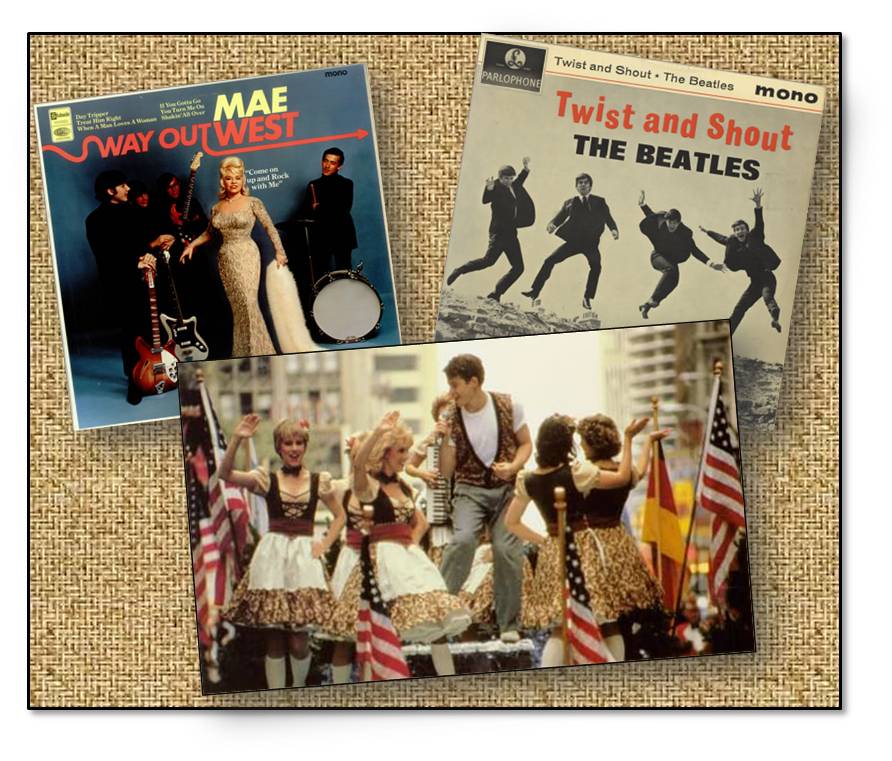 [Yes, I can’t help myself.  I had to make a musical reference.  “Twist and Shout” (written by Phil Medley and Bert Russell) was originally recorded by the Top Notes, then the Isley Brothers, and, eventually by the Beatles (as so memorably replayed many years later in “Ferris Bueller’s Day Off”).  Lots and lots of people have done versions of this song, but probably the most bizarre was Mae West — yes, THAT Mae West — when she was 72 years old.  Who knew?]

What do I mean with regards to twisting a rocket engine?  Here’s a video of what we call “gimballing” an engine on the test stand, in this case a Space Shuttle Main Engine (video provided by my friend and coworker Rick Ballard from his Liquid Rocket Engine class materials):

So, for a launch vehicle during ascent, you accomplish steering by pointing the thing pushing you, i.e., your main propulsion rocket engine.  That’s a cool video, huh?  But how do we accomplish that?  The movement itself is provided by hydraulic actuators.  These are push/pull devices driven by fluid pressure.  The brakes on your car are hydraulically actuated, for example.  Another example of hydraulic actuators are those lifts at the garage they use to pick your car up off the ground.  In other words, they can be very powerful devices.  You can do a quick web search on “hydraulic actuators” and find all kinds of pictures and articles and even sales pitches from manufacturers. 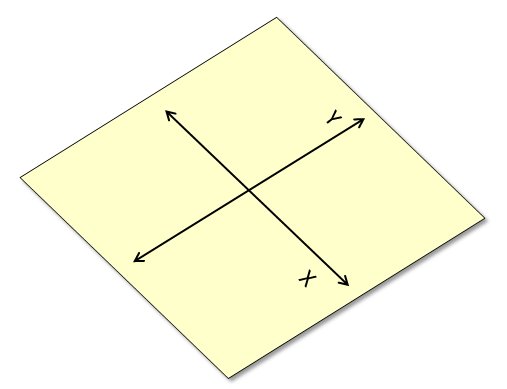 On the rocket engine we put just two connection points for the actuators at ninety degrees apart from each other.  This gives us what you can think of as full, two-dimensional coverage.  If you remember back to math class, everything on a flat page can be located via X-Y coordinates.  Thus, one actuator provides the X-direction and the other provides the Y-direction.  And, with that, we can point the engine to any location within a given, limited range of movement.

At the top of the engine, in order to allow the movement, we put in what amounts to a universal joint.  It’s called the “gimbal bearing” and it’s like the ball-and-socket joint in your shoulder except that this joint has to carry the full thrust load of the engine while maintaining its flexibility.  Because of the conditions seen by the engine, you can’t use any typical lubrication like grease or anything like that.  Instead, we use a Teflon-impregnated fabric layer. 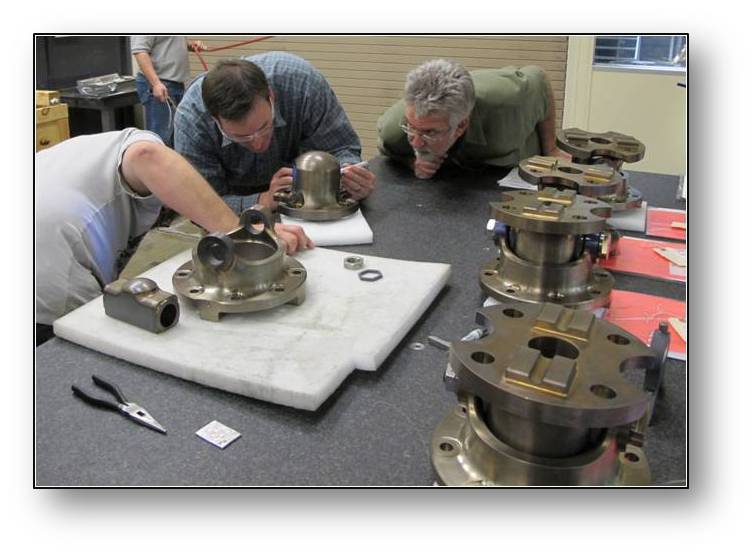 I like the picture above showing several guys working with typical engine gimbal bearings.  In the picture you can get a sense of how beefy these things are when assembled and you can clearly see the “ball” part of the ball-and-socket joint.

Have we gotten to the really, really neato part yet?  Yes, we have (in my humble opinion).  Here it comes.  How is it that we can move around the engine?  I mean, besides the big ball-and-socket joint at the top that is meant to move around, all the rest of it is assembled out of all kinds of stiff metal pieces, right?  It’s not like you can stick cryogenic propellants through a flexible rubber garden hose.  So how do we get the compliance in the rest of the engine components that allow for the movement the actuators and gimbal bearing are providing?  With no compliance, the actuators would push and pull, and, assuming that they were powerful enough to do damage (and they usually are), the engine ducts would buckle and crush and, frankly, you’d have a crumpled mess.  What we do then is build the compliance into the engine with specific parts to provide this functionality.  This is accomplished in different ways on different engines.  Below is how this compliance is accomplished for J-2X for the main propellant lines: 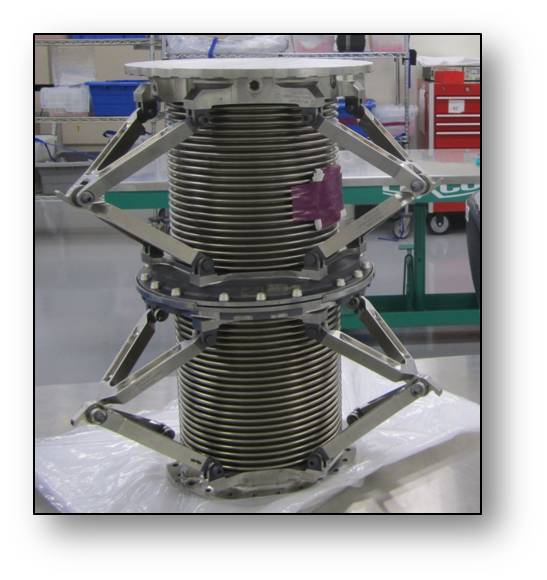 That pretty piece of hardware is a propellant inlet duct.  In fact, that picture is of the first new propellant inlet duct fabricated for a J-2, J-2S, or J-2X engine in forty years.  This new duct is like the heritage design but better, safer, more robust.  It is an extremely difficult piece of hardware to make in that it involves some very highly specialized welding techniques.  So a big shout-out goes to Pratt & Whitney Rocketdyne and the guys on the shop floor.  Way to go guys! 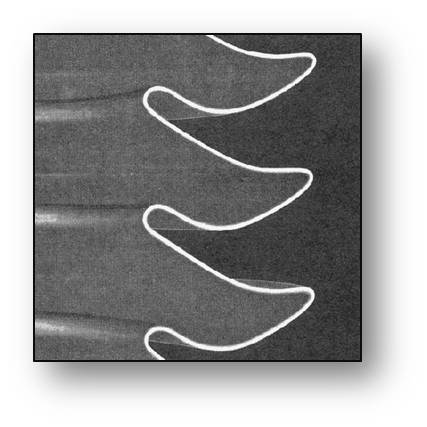 How does it work?  The sections with the convolutions are called bellows.  Above is a cut-away of a metal bellows made by the same company as our propellant inlet duct, Gardner Bellows Corporation, but not our same design.  The bellows take advantage of the way that metal can act like a spring.  If it doesn’t get bent too far, the metal will bounce back undamaged.  These dozens of convolutions in the bellows allow for enough movement that the whole thing acts like a stiff spring.  The hinged structures on the sides hold the bellows together and constrain the springy parts and make sure that they stay in their groove (so to speak).

The next natural question about this duct is this:  Why does it appear to be in two pieces, an upper bellows and a lower bellows?  The answer is that it isn’t in two pieces; it’s in three pieces.  In between the upper bellows and the lower bellows is a third set of bellows that you can’t see very well and that’s because they’re really flat.  This is the torsional bellows and it provides for a slight twist between the upper and lower sections.  When you’re gimballing the engine, not only do you need these ducts to bend, you also need a bit of twist… 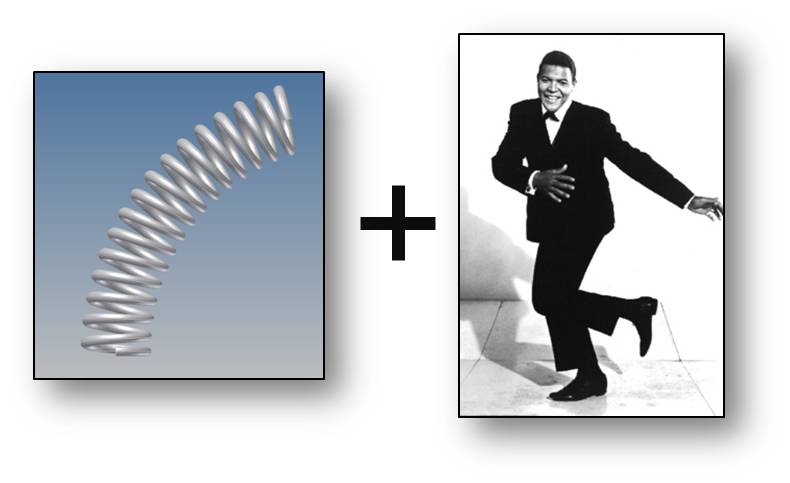 I think that the torsional bellows is even cooler than the bending bellows.  Have you ever tried to twist a long piece of wood, like maybe an eight-foot-long, one-by-two strip?  The longer the piece, the easier it is to get a few degrees of twist.  A short piece of wood, even with the same cross-sectional dimensions, won’t allow for as much twist.  There is an “allowable twist per unit length” thing going on: longer = more twist, shorter=less twist.  Okay, now assume that the same is true for a metal pipe.  If you have a very long metal pipe and you apply a twisting force to it (torsion), you can get some movement, more movement than you’d get with a short pipe.  But there’s no space on a rocket engine for a very long pipe, so how do you allow for some twist?  What we do is collapse the long pipe into shortness by making it into a very tight accordion-like package.  In other words, we add convolutions kind of like the bending bellows, but make them very tight, very flat.  So, all of the metal “length” is still there, just in a really compact, squashed package.  It kind of feels like cheating, somehow, but it works.  See?!  That’s just neato!

In addition to the big ducts, the propellant ducts, you also have to take into account any other connections between the engine and the vehicle stage.  If you think back to the article about vehicle integration, you’ll remember that we’ve got pneumatic lines and propellant pressurization lines and helium spin start lines connecting the engine to the stage.  In all of these lines we have to make provisions for compliance to engine gimballing motion.  As you can imagine, this makes the design for these pieces not simple.  But nobody ever said that rocket engines were supposed to be simple.  Also note that different rocket engines use different approaches for achieving the compliance necessary to accommodate gimballing, but they almost always use “springy” metal bellows in some sort of configuration.

The first J-2X engine that will see gimballing in the test stand will be development engine E10002.  That should be happening later this year.  Stay tuned.  I’ll certainly be posting some gee-whiz video after that happens.  Go J-2X!

13 thoughts on “Welcome to the J-2X Doghouse: Twist and Shout…and Steering”