Years ago, I worked in support of the Space Shuttle Program, specifically on the Space Shuttle Main Engine (SSME) from the engineering side of the house.  I was an analyst and sometimes Datadog.  By happenstance, I learned from another relative that whenever a launch occurred my mother, back home in Pennsylvania, would routinely tell folks at work or at church or wherever that her son was responsible for that Shuttle launch.  I said, “Mom, don’t tell people that.  I’m just one of hundreds or, really, thousands of people behind the whole thing.”  She replied, with biased motherly wisdom, “Yes, but you’re all responsible for doing a good job so that the whole thing works, right?”

So, I’m going to introduce you now to just a few of the people (out of hundreds) responsible for making J-2X a reality.  Right now I’ll focus on the top leaders Upper Stage Engine Element office here at NASA Marshall Space Flight Center.  In another posting, I’ll tell you all about the subsystem managers.  And perhaps, later if I’m lucky, I’ll sneak some pictures of the good people out at Pratt & Whitney Rocketdyne as well. 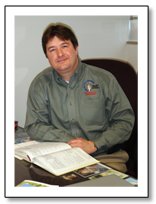 First, we have our Element Manager, Mike Kynard.  He is a graduate of the University of Alabama [Roll Tide!], grew up not far from Tuscaloosa, and, to put it mildly, is a devoted fan of Crimson Tide football.  He started working at NASA MSFC as a co-op in college back and accepted a full-time job in 1985.  He spent a good spell supporting SSME from the resident office at NASA Stennis Space Center in Mississippi in the 1990s and eventually rose to become the deputy project manager for SSME back in 2004.  He has two beautiful little girls and, in addition to everything else, somehow finds the time to play on a team with me in a billiards league.  Sometimes, on rare occasions such as a blue moon, he even manages to beat me in a game of 8-ball. 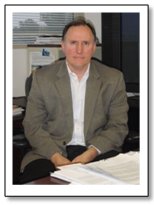 Mike’s deputy is Tom Byrd.  He is a graduate of Memphis State University who, once upon a time long, long ago was a competitive bicyclist.  He started working here at NASA MSFC in 1983 in the area of valves and actuators, specifically supporting SSME (yes, you’ll see SSME as a recurring theme both here and when later tell you about the subsystem managers).  Along the way since then, he was a subsystem manager for the Fastrac engine development effort (a NASA MSFC in-house project), was the NASA chief engineer for COBRA engine development effort, and he supported the Shuttle program in the area of systems engineering and integration.  Plus, back in 1994, representing the NASA engineering community, he spent a total of four weeks in Russia studying their space transportation technologies.  Tom has one young son who, given the uncanny resemblance, we suspect might be the product of a direct cloning experiment … but we don’t talk about that too much. 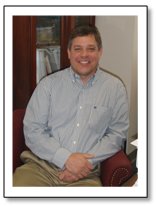 Our Chief Engineer is Eric Tepool.  His job is to function as the balance point between technical and programmatic aspects of engine development.  He also indirectly functions as a balance in another way, relative to our element manager’s tendencies, in that he is a graduate of Auburn University [War Eagle!].  After making his mark as a star high school athlete, just as his father was a star high school and collegiate athlete, Eric turned down athletic scholarship offers to settle into the pursuit of engineering.  He started at NASA in 1990 in the turbomachinery branch, supported development and certification of the two new turbopumps for the Block 2 SSME configuration, moved on to be a subsystem manager for the COBRA engine development effort, resident manager for the Fastrac project, and the NASA-side lead systems engineer for the Integrated Powerhead Demonstrator project.  He has two kids currently in college (one at Alabama, one at Auburn … yikes!) and one soon to be on her way to college. 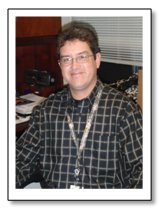 The other “technical balance point,” in accordance with the NASA governance model, is our Chief Safety Officer Phil Boswell.  He’s been working here at NASA MSFC since 1985.  He started right after graduating from the University of Alabama at Birmingham (UAB).  While he started in the Safety and Mission Assurance Directorate, and he’s back there now, in the interim he spent many years working within the Engineering Directorate on such projects as microgravity experiments for Shuttle and the MIR space station, the Orbital Space Plane program, and just about every propulsion element of the Shuttle itself including engines, tanks, and boosters.  Phil played on the college tennis team, plays tennis still, and is an excellent golfer.  His son, who will be attending UAB starting in the autumn (pre-med) follows in his father’s footsteps and is also an excellent golfer.  Little known fact about Phil: he loves swing dancing and even took a year of lessons with his wife.

So, that’s the top leadership group for the J-2X development effort.  Good guys, hardworking engineers and managers, all around.