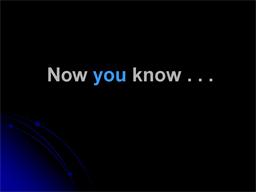 There is a great video called “Shift Happens” that I would highly recommend. Even though there are advocates and critics on both sides of this video, it brings up some excellent points about how the environment is changing around us and encourages one to consider what we are doing to prepare for the shift. During the spring of 2008, quite a bit of activity had occurred that hint at a shift in the JSC community towards the Center Directors Vision. It has been exciting in so many arenas that I’m reminded of the line from the movie Princess Bride, where Mandy Patinkin tries to sum up the events that have transpired, “Let me ‘splain…. No, there is too much. Let me sum up.” So, to sum up…

Back in May JSC had its first Vision Forum aimed at getting a broad spectrum of opinions on a JSC 20 year vision and the associated set of tactics that Mike Coats had requested from a team of Next Gen’ers. The JSC 20 year vision was to capture that Generations perspective on the JSC environment as it supported the Agency’s strategic goals when they became Directors and Program Managers.  The Vision forum was attended by a great mix of generations, disciplines and organizations. We received a great deal of feedback with two overriding themes that captured the general mood of the event. First, everyone agreed with the attributes captured in the JSC 20 Year Vision and secondly, everyone wanted to know how they could be more involved in the activities to move the center forward. It was energizing to see the enthusiasm and interest from so many wanting to help steer the future direction of the Johnson Space Center.

During the first week of June the JSC 20 year vision was presented to the JSC Leadership team. Not only was it well received but we discovered activities being conducted in each of the directorates that are moving the Center towards a more open, collaborative, innovative, integrated organization. We also discovered there was a great deal of synergy between the 20 year vision tactics and a set of engagement teams that Mike Coats’ Innovation Council was considering deploying. Also, there was a great deal of overlap between the vision and the focus of the Innovation and Inclusion Council. The focus of this council is to continue to grow an environment of open mindedness, inclusion and innovation.

At the end of June, the Innovation Council, JSC 20 year vision and a set of initiatives from JSC’s Joint Leadership Team were merged and presented to the JSC Joint Leadership Team. The resulting recommendation was the formation of seven engagement teams to identify activities to address various aspects of the JSC community. These focus of the seven teams are as follows: Information Technology; Recruiting/Ultimate Employee Experience; Mentoring; Work/Life Fit; Awards and Recognition; Barrier Analysis and the Communication Teams. An exciting shift is happening at JSC.  My question this week is what can be done across the Agency to encourage a shift across all NASA centers?