I’m almost glad that the month of July is ending.  It’s been a rough month.  I’ve had two pretty bad colds and gained five pounds.  Yet, after a grueling week with the NASA CIOs, it’s clear that we’ve turned a corner as we prepare for our uphill trek.

Turning corners and climbing hills requires Breakthrough Leadership.  It gives us the ability to have a positive expectation for what has yet to materialize; to recognize results when they become visible; and to be grateful to ourselves and to others for those results.

Expecting results requires positive thinking but Breakthrough Leadership needs that and more.  It means clearing ourselves of the clutter and barriers that block the breakthroughs that we seek.  Furthermore, if we make no plans to actually reach the top of the hill, we will be unprepared for the uphill trek. Similarly, our uphill climb can be made impossible if we are carrying excess baggage that needs to be shed.  We must not only be prepared to reach the top but we must also expect to reach the top.

Acknowledging results requires the ability to recognize and measure outcomes.  We must also look for the specific actions that produced those outcomes.  Too often weak leaders behave like the rooster taking credit for the sunrise.  Breakthrough Leaders need know what they did to produce the desired outcomes.  If you successfully navigated through a risky situation, did you apply sound risk mitigation actions or did you just get lucky? Breakthrough Leadership does not rely on luck.

Finally, and most importantly, breakthrough leadership requires being grateful for results.  This means not only being grateful to those we lead, but being grateful to ourselves as leaders.  Breakthrough Leadership requires a lot of stamina.  The leader that takes the time to focus inward with gratitude gets significant benefits.  First, there is research to substantiate that it is beneficial for your health.  Second, when the Breakthrough Leader expresses gratitude, it results in improvement.  Finally, the gratitude you show yourself will be reflected back in others – and vice versa.

These are indeed interesting times for NASA IT leadership.  There are tremendous uphill challenges in an environment of uncertainty and doubt.  Yet, I know the NASA CIOs as a leadership team will reach the top of this hill.  So now I’m grateful for July, for my runny nose, and for my low grade fever.  I know why now.  I saw it this month.  I saw it this week.  And I saw its reflection in my mirror this morning.  It looked like Breakthrough Leadership.

I just returned from a great visit to NASA’s Johnson Space Center.  I also got my first chance to see pieces of history from our nation’s space program.  Two pieces of history are pictured here – a slide rule and pneumatic tube cylinder.  Gee, at first, I thought it was so amazing that we could get to the moon without all this fancy technology.  How could a CIO be so biased against technology?  The pneumatic tube was the Internet of its day.  And what cool smart geek back in the day didn’t calculate their logarithms using a slide rule?

Why are we so biased against technology today?  Here are five reasons why. 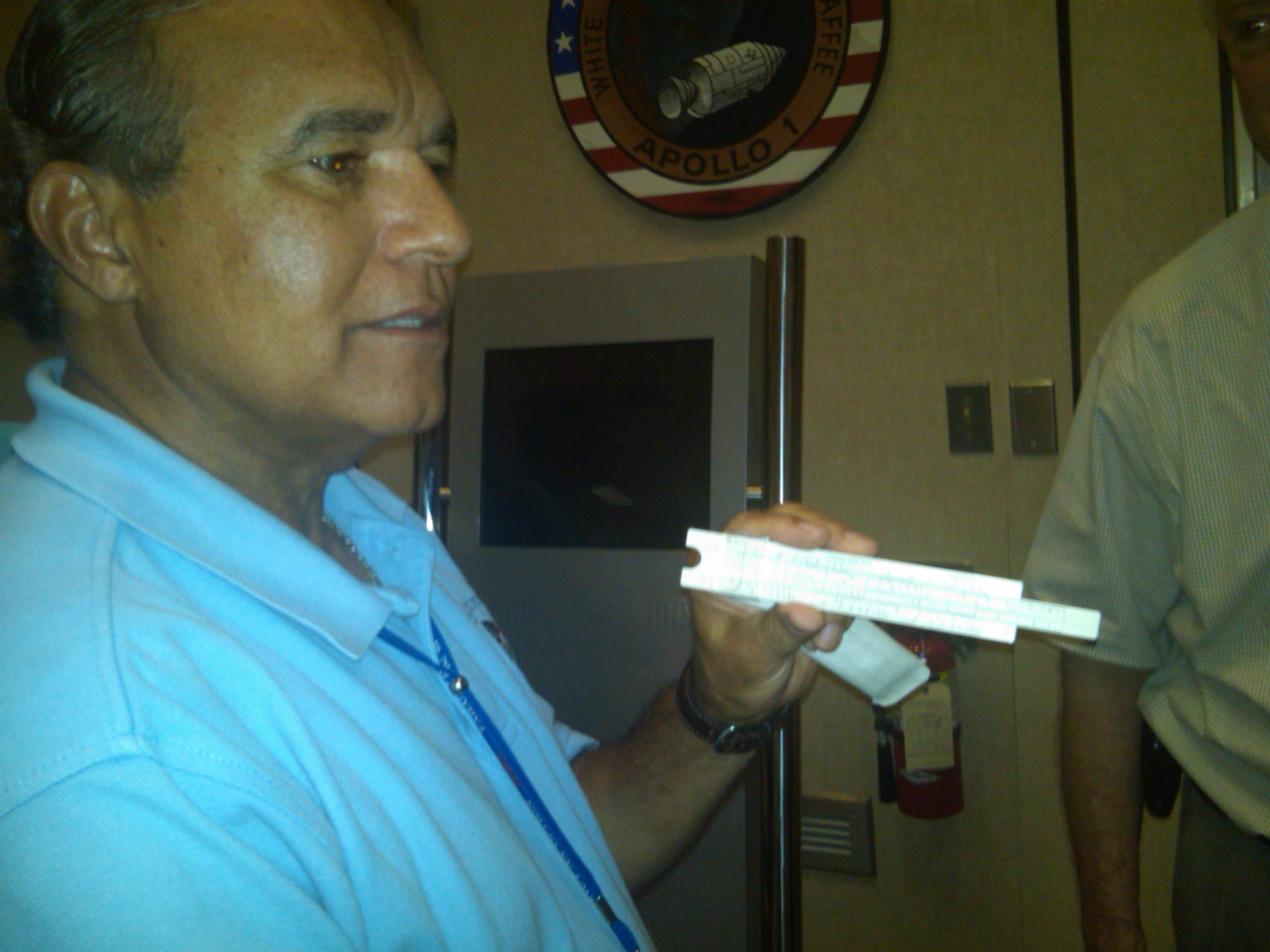 The Scarecrow Effect.  If something goes wrong on your desktop you may call for a desk-side visit from a technician.  It never fails that it never fails … what I mean is that when someone comes by and you attempt to re-create the failure, it doesn’t fail at all.  Of course, when they leave, the failure recurs.  This is a proven effect!

Murphy’s Law.  Anything that can go wrong will go wrong. And it often does.  A corollary to this law relates to the demons of demos.  If something works hundreds of times flawlessly, it will fail once publicly in front of hundreds of people.  This is a proven law!

Moore’s Law. This law is loosely attributed to the prediction that computer hardware doubles its performance every 18 months.  That’s wonderful.  Except this makes whatever you have, obsolete in about 18 months.  With more and more capability being delivered in software, end user environments will become bloated and screech to a halt – into you finally sell out and upgrade.  Just wait long enough, and you’ll see this truth.

Tonjua’s Law.  Tonjua is a NASA Enterprise Architect.  She knows technology and she’s a good mother.  Her daughter Jewel is safely an adult so it’s probably ok to let this secret out.  Tonjua always had a challenge disciplining Jewel.  She was generally well-behaved and never a demanding child.  I remember that Tonjua tried really hard to get her to like the technology of video games, just so she could restrict its use as a punishment.  Many industries do this to us.  Just as we get used to something, it’s “taken away” perhaps replaced by a newer version or a newer model – sometimes not replaced at all. 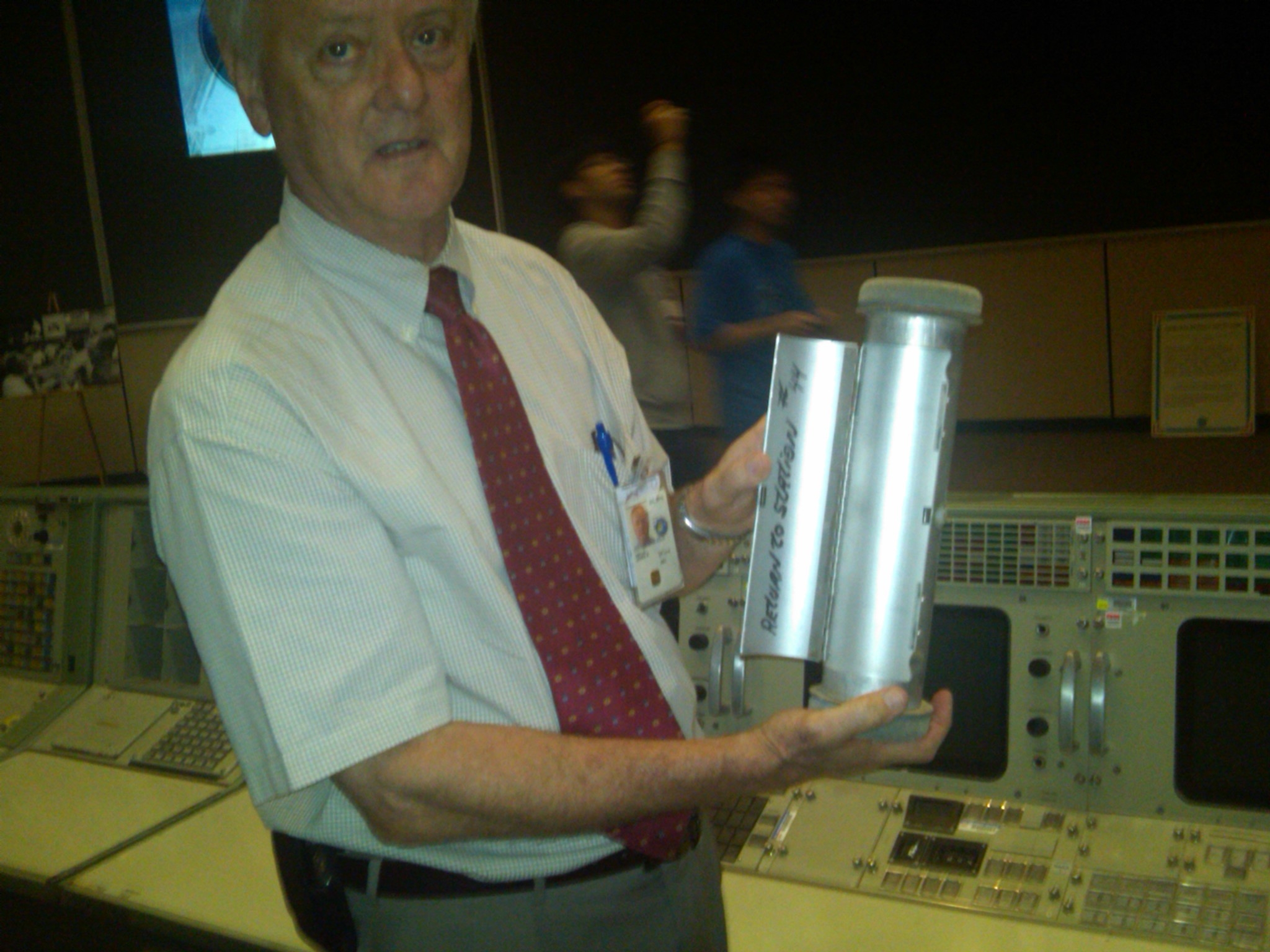 The Butterfly Effect. This refers to the effect where very small changes have major results.  This should come as no surprise that these things called computers, which can only count to two, have such a significant impact on our lives.  Our at least, we allow it.

As capabilities increase, we grow accustomed to those capabilities.  We rely on it.  We love it.  We get quantum benefits from it.  Maybe in the good old days, people hated slide rules, pneumatic tubes, or even telephones.  Yet, we look back at these things fondly now and admire the awesome capability that they provided.  So, I guess hating information technology isn’t so bad.  If I wait long enough, I will love it.