I remember running into a colleague who I hadn’t seen for a while.  He had taken a new position so I asked him how it was going.  “Terrible”, he said.  I asked why.  He said that if had enough budget and people, he’d be successful.  I thought to myself, “Who wouldn’t?”  Sadly but predictably, my colleague prematurely moved on to another position.   There’s never a time where a manager has all the time, people, and resources they want.  That relentless tension drives us to use the requisite creativity and resourcefulness that results in continuous improvement, learning, and success. 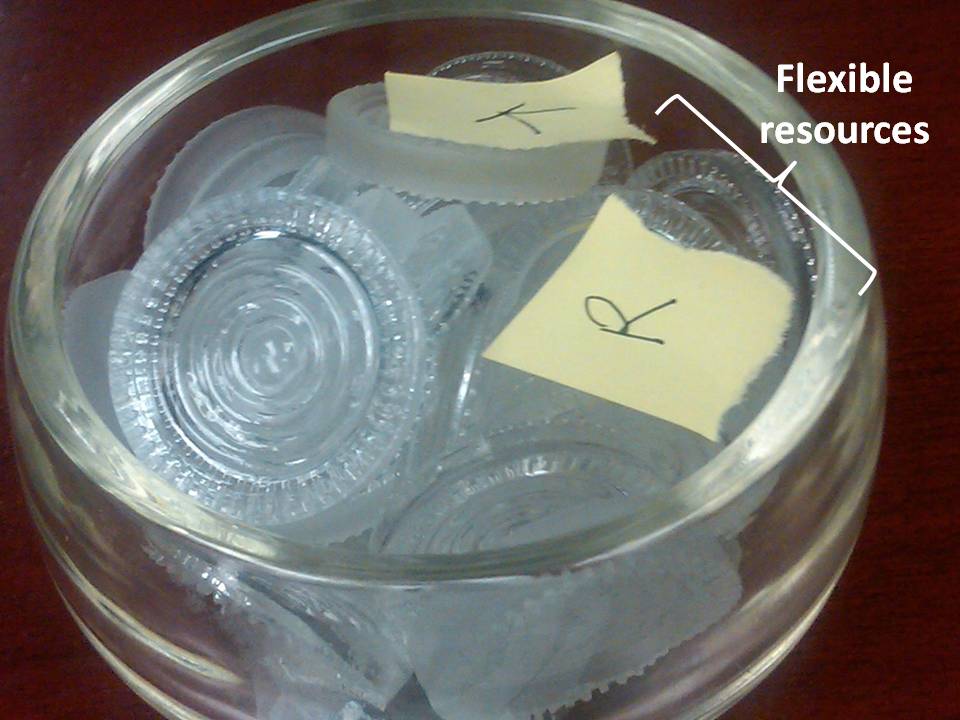 Ironically, an Anonymous Sneaky Shoplifter (no acronym needed here, right?) took the opportunity to remind me of a lesson that all managers learn very early in their careers.  I have a glass chess set on my desk and have an ongoing game with Cliff.  We only make on average about one or two moves a day, but over nearly a year, we’ve had a chance to play three games.  In the middle of a game, the Anonymous Sneaky Shoplifter snuck in my office and took my knight and Cliff’s rook.

“Rest assured I have taken great care of [them].  But a game of chess [can] be akin to a project…  And much like a project, you may not have all the resources that you need, but the project must go forward.  How do you complete the project when you are missing critical resources?  How resourceful can you be without the proper resources? “- Anonymous Sneaky Shoplifter

NASA offers us an amazing lesson of resourcefulness.  Consider NASA and the Apollo 13 crew whose ingenuity helped to solve a life-threatening problem in orbit using duct tape.

“There was, of course, a fix; and it came in the form of an ingenious combination of suit hoses, cardboard, plastic stowage bags, and CSM canisters – all held together with a liberal application of gray duct tape. As was usual whenever the Apollo team had to improvise, engineers and astronauts on the ground got busy devising ways around the problem and then checked out the new procedures.”  –  Eric M. Jones, Apollo 13 Lunar Surface Journal

When facing a situation where we cannot fail, we are able to reach deep and deliver solutions to problems that seem impossible to solve.

Another lesson comes from the Washington Redskins Super Bowl XXII champions.  The team loss key resources during the 1987 NFL season due to a players strike.  The “replacement” Redskins put the team on a trajectory that resulted in a remarkable come back from behind victory against the Denver Broncos.

“While some clubs chose not to assemble decent rosters of fill-ins, the Redskins carefully put together a solid group. The Redskins went 3-0 with the subs and scrubs and it made a difference, as they won the NFC East with an 11-4 record.” – Larry Weisman, Flashback: Redskins Dominate Denver In Super Bowl XXII 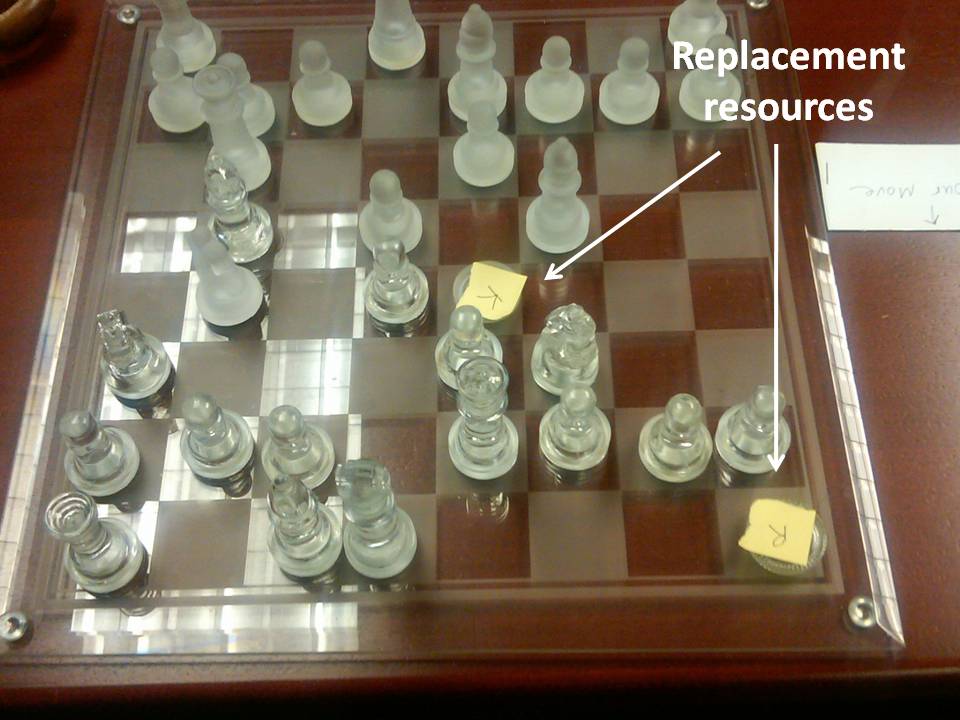 Well, I coped with the loss of my stolen chess pieces.  Furthermore, I ended up winning the game with replacement pieces and a key move made by rookie player and Administrative Officer, Jason:

“I don’t really know how to play well.  This is a knight right? I move it two squares one way and one square another way right? Can I make just one move?  I think it’s good.” – Jason Gillis, Administrative Officer and Future CIO

I close with a thought from the Rookless Cliff:

P.S. Good luck getting past the Secretaries this time!

9 thoughts on “Coping with Reduced Resources: Lessons from a Thief”