The Orion Flight Test Article (FTA) was transferred from the hangar at NASA Langley Research Center (home of NASA EDGE) to an Air Force C-17 cargo plane.  The FTA is now on its way to NASA Dryden Flight Research Center to get a paint job and to add a whole bunch of electronic equipment.  It’s great to see a piece of history as NASA embarks on a bold new journey back to the moon, Mars, and beyond!  The Orion Flight Test Article will be used for the Pad Abort 1 test that will take place in New Mexico at the end of the year. Check out the cool pictures. 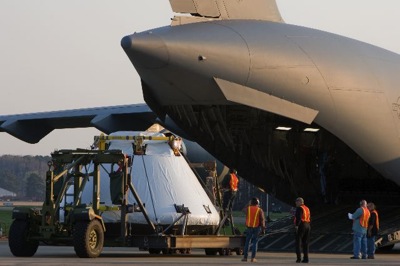 Orion FTA being loaded into the C-17. Credit: NASA/Sean Smith 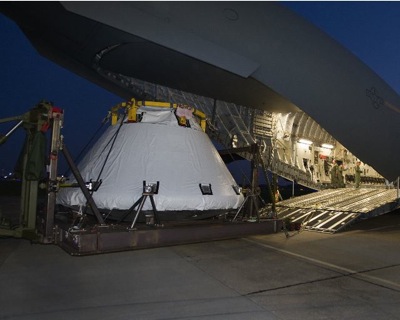 Will the Orion FTA fit? Plenty of room to spare.  Credit: NASA/Sean Smith 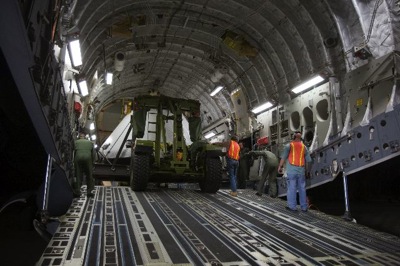 Kudos to all the engineers, technicians, and managers who were a part of the project.  A job well done!

5 thoughts on “Orion FTA on its way to NASA Dryden”