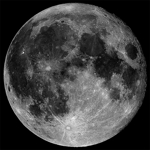 For the first time in almost 20 years, northern autumn is beginning on the night of a full moon. The coincidence sets the stage for a “Super Harvest Moon” and a must-see sky show to mark the change of seasons.
The action begins at sunset on Sept 22nd, the last day of northern summer. As the sun sinks in the west, bringing the season to a close, the full Harvest Moon will rise in the east, heralding the start of fall. The two sources of light will mix together to create a kind of 360-degree, summer-autumn twilight glow that is only seen on rare occasions.
Keep an eye on the moon as it creeps above the eastern skyline. The golden orb may appear strangely inflated. This is the moon illusion at work. For reasons not fully understood by astronomers or psychologists, a low-hanging moon appears much wider than it really is. A Harvest Moon inflated by the moon illusion is simply gorgeous. The view improves as the night wears on.
The Harvest Moon gets its name from agriculture. In the days before electric lights, farmers depended on bright moonlight to extend the workday beyond sunset. It was the only way they could gather their ripening crops in time for market. The full moon closest to the autumnal equinox became “the Harvest Moon,” and it was always a welcome sight.