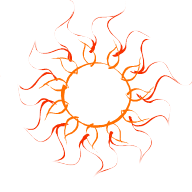 Richard Tabor, fourth-grade teacher, and Stephen Anderson, principal at Amerman Elementary School in Michigan, found a method encouraging fourth-grade students to think about multiple variables and stimulates their curiosity when an activity doesn’t come out as predicted. They introduced a “Solar Sprint” activity in which students design, test and race a solar-powered car built with LEGO bricks. They then presented one more challenge to their students: The winner of the Solar Sprint is not the fastest but, rather, the model that is most efficient, based on a ratio of speed to weight. The use of ratios simulates the actual work of scientists and engineers.
Anderson decided to post the article and activity on NASA Educators Online Network, or NEON, a collaboration site for NES teachers. When Donna Rand, a science teacher in Connecticut, noticed the post, she decided to try Solar Sprint with her own students. After posting her interest, Anderson asked her to share her data for comparison, which sparked an idea. Could this become a national competition? To join in on the fun and see how your students measure up, use this activity in your own classroom! Go to: http://neon.intronetworks.com/#Forum/forum/2/1335/183/702.
Be sure to check back after using Solar Sprint with your students to share your data with Anderson and Rand in the forum. Whose students will produce the most efficient solar powered car?
Solar Sprint was featured in Science & Children, the National Science Teachers Association’s peer-reviewed journal for elementary science teachers. Both Anderson and Rand are NASA Explorer Schools participants. Rand uses NES resources to stimulate critical thinking through engaging activities. Anderson promotes NES at Amerman Elementary School to stimulate STEM education for his students.
Demonstrate the connection between the Solar Sprint and real NASA engineering to your students by showing them the NASA Now program from Jan. 12, 2011, “The Mechanics of Solar Panels.” You’ll hear from Jeremiah McNatt, an electrical engineer at NASA’s Glenn Research Center in Ohio. McNatt will demonstrate how solar cells are made and used on the International Space Station.