NASA wants to launch a picture of you on the final space shuttle mission.

After registering at the Face in Space website, you’ll be able to upload an image that will be put on a disc and flown aboard the shuttle Atlantis. After launch, participants will be able to print a commemorative certificate signed by the mission commander. From the Face in Space website you can also check on the mission status, find NASA educational resources, and follow the crew on Twitter or Facebook.

NASA will host its first live Google+ Hangout with the International Space Station from 10:30 a.m. to 11:30 EST, Friday, Feb. 22. NASA Explorer Schools students in Mr. Nate Raynor’s class at Mescalero Apache High School in Mescalero, N.M, and students in Ms Danielle Miller’s class at University High School in Orlando, Fla., will connect with astronauts living and working aboard the laboratory orbiting 240 miles above Earth and with astronauts on the ground.

Astronauts Kevin Ford and Tom Marshburn of NASA and Chris Hadfield of the Canadian Space Agency will answer questions and provide insight about life aboard the station. Crews conduct a variety of science experiments and perform station maintenance during their six-month stay on the outpost. Their life aboard the station in near-weightlessness requires different approaches to everyday activities such as eating, sleeping and exercising.

Participate by using #askAstro to ask real-time questions on Google+, YouTube or Twitter. On the morning of the event, NASA will open a thread on its Facebook page where questions may be posted.

Connect with NASA’s Digital Learning Network, and let your students explore history and science with NASA and Tuskegee. On Feb. 20, from 2-3 p.m. EST, your students will have a chance to discuss the early frontiers of aviation with a contrail scientist and a pilot who is president of the Howard Baugh Chapter-Tuskegee in Petersburg, Va.

Classes will be selected to participate in this live event by Feb. 11, 2013.

Spots are limited. Email Bonnie Murray if you are interested in having your students participate.

For more information about this event, visit the Digital Learning Network website.

Did you know you may be able see the International Space Station from your home? As the third brightest object in the sky, after the sun and moon, the space station is easy to see if you know where and when to look for it.

NASA’s Spot the Station service sends you an email or text message a few hours before the space station passes over your house. The space station looks like a fast-moving plane in the sky, though one with people living and working aboard it more than 200 miles above the ground. It is best viewed on clear nights.

For more information and to sign up for alerts, visit Spot The Station.

This opportunity is a great extension to NASA Now: The Mechanics of Solar Panels. To access this episode of the Emmy Award winning NASA Now series, log into the NES Virtual Campus.

To view the video chat or for more information, visit https://www.nasa.gov/offices/education/programs/national/nes2/home/chat-index.html 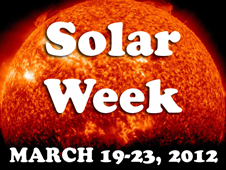 Solar Week Spring 2012, March 19-23 is a lively week of online activities and curriculum for students about the sun, including games and lesson plans for the whole week. In addition, there’s a message board where your classroom can submit a question to leading solar scientists.

Every fall and spring since 2000, Solar Week has provided a week-long series of Web-based educational classroom activities and games geared for upper elementary, middle and early high school students with a focus on our dynamic sun and its effects on Earth. Students learn about solar eclipses, sunspots, solar flares and solar storms through a series of activities, games, and lessons.
Solar Week is ideal for students studying the solar system, the stars, or astronomy in general, and now we feature a day on solar energy. It’s also for kids wondering what it’s like being a scientist, and pondering possible career choices. Participation makes for a fun computer lab activity as well. After doing the activities, students can interact on the bulletin board with leading scientists at the forefront of Sun-Earth research. It’s a great place for any student interested in our nearest star, the sun!
Solar Week is a collaboration between University of California, Berkeley and Rice University.
Note: Teachers, please read the FAQs before your class submits a question to the bulletin board. There you will find information and answers on how to ask a good question and other useful tips.
NES Related Resources (requires sign in to the Virtual Campus website):
NASA Now: Solar Radiation and Earth
NASA Now: Reasons for the Seasons
NASA Now: Solar Storms
NASA Now: The Mechanics of Solar Panels
NES Featured Lesson: Heat Transfer-MESSENGER — My Angle on Cooling
NES Featured Lesson: Heat, Temperature and Energy: MESSENGER — Cooling With Sunshades
NES Featured Lesson: Space Math Problems — Solar Storms
NES Featured Lesson: GENESIS — What are we Made of?

Link to the NES Virtual Campus sign in page.

This year, the winter solstice takes place on Thursday, Dec. 22 at 12:30 a.m. EST. The winter solstice marks the day when winter officially starts in the Northern Hemisphere and when days start to become incrementally longer. Do you understand why this happens? Find out at the Chandra website and then incorporate the information into the NES lessons Heat Transfer: MESSENGER — My Angle on Cooling (grades 5-8), Analyzing Solar Energy Graphs: MY NASA DATA (grades 9-12), and Temperature and Earth Climate: Modeling Hot and Cold Planets (grades 7-9). 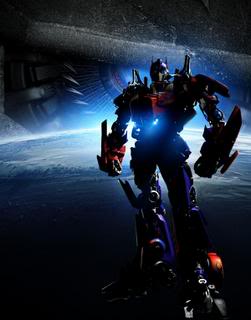 Registration is open for Team America Rocketry Challenge 2012, a national model rocket competition for U.S. students in grades 7-12. Thousands of students compete each year, making TARC the world’s largest model rocket contest. Cash prizes are awarded to the top finishers. Participation is limited to the first 1,000 teams who register by Nov. 30, 2011.
For more information and to register visit the competition website.