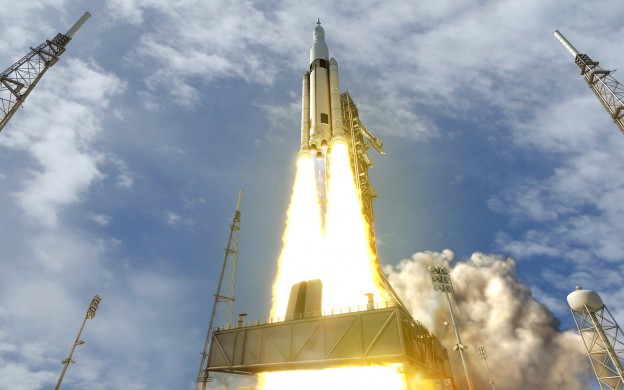 Someday, the story will be told of humanity’s greatest endeavor, the bold stretch across the harsh void of space to reach for another world, of how brave explorers set sail through a perilous nothingness armed only with their wits and the best vehicles and systems with which modern engineering could provide them, until they passed through the unwelcoming atmosphere of an inhospitable world millions of miles away and finally set foot in the dusty, rusty regolith of the Red Planet.

This blog is not that story.

This blog is the prologue to that story.

When you watch a space story, it usually starts with the rocket already on the launchpad, or the starship already in port. It doesn’t matter how it got there, it just matters that it’s there. Rarely do you see the movie that tells who built Columbus’ ships, who forged Excalibur, who installed Captain Kirk’s chair on the bridge of the Enterprise, who bolted together the rocket that carried Neil Armstrong to the moon.

This blog is that story.

NASA has begun the Journey to Mars, an integrated approach to exploration that will result in human landings on the Red Planet. The Journey will require much of the best of what NASA does – from robotic rovers sending back scientific data to astronauts on the International Space Station studying how long stays in space affect the body to engineers developing cutting edge technology to overcome currently impossible challenges.

Like the Journey to Mars, SLS is built on NASA’s best, combining America’s past successes with state-of-the-art developments. SLS will give new life – and new upgrades – to the proven engines and boosters that powered the space shuttle, combining them with the largest rocket stage in the world. And that’s just the beginning; future upgrades will make SLS even more powerful.

With this blog, we’ll be giving you the story of the SLS rocket before it reaches the launch pad – a rare, once-in-a-generation behind-the-scenes look at how NASA designs, builds and tests a massive launch vehicle like none other in the world. We’ll be pulling back the curtain on the real-world “rocket science” – and rocket scientists – that will make possible the first footsteps on another planet.

Your docent for this tour will be David Hitt. I work in the strategic communications office of Space Launch System, helping to tell the story of NASA’s next great rocket. I first began working at NASA’s Marshall Space Flight Center in 2002 in education. I have a passion for history, and for NASA’s history – as a hobby, I’ve written two books on the subject – and so I’m fascinated by the opportunity to be witness to the unfolding of the next incredible chapter of that history.

The Journey to Mars has begun. Thank you for joining us on the journey.

Next Time: Building A Rocket In Six Easy Steps