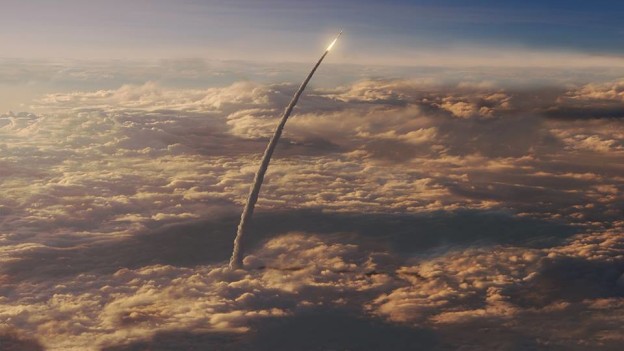 Way back in 2011, when the world’s attention was on the end of the space shuttle program, a small group of engineers was tasked with planning what would come next. NASA revealed the answer on Sept. 14 of that year in the form of Space Launch System (SLS) – which would be the most powerful rocket in history and would allow astronauts to travel beyond Earth orbit for the first time since Apollo.

In the four years since, we’ve made substantial progress, going from an early concept into manufacturing, testing, and even flying our first hardware on Orion’s Exploration Flight Test-1 in December 2014.

In honor of the fourth anniversary of that announcement, here are four things we’ve learned in four years. (With a big thanks to former SLS Program Manager and now Marshall Space Flight Center Deputy Director Todd May, who helped with this list.)

Change is hard. It’s also necessary. The space shuttle allowed NASA to do some amazing things in Earth orbit, but we were limited on how far we could go. To get to Mars and beyond, we needed something new, and the shuttle program was complex enough that we couldn’t do both at the same time for very long. With the International Space Station, and the work our commercial partners are doing with cargo and crew transportation, we can still do amazing things in Earth orbit without the shuttle.

Which doesn’t mean that there aren’t days I don’t fondly recall the past. I’m just more excited about the future.

And that’s been good to remember as we move forward. Even within the program, there’s been change. Leaders and coworkers have moved into new positions, some of them outside the program. They’re missed, but we keep moving forward. As we’ve matured the design of the vehicle, we’ve made changes, which sometimes means details we are attached to give way to something better. The only constant is change.

2) There’s the Baby, and the Bathwater. You Have to Know the Difference

When we stopped flying the shuttle, we understood the capability gap we would have to send our own astronauts into space, which was far from ideal. Moving forward, we will look to avoid these kinds of gaps so as to not lose critical workforce skills and capabilities. Sometimes, gaps like these are necessary, and in our case, it was necessary to strengthen the future of our space program. As we work toward sending humans back into deep space, we don’t have to reinvent the wheel.

At least, not entirely.

As I talked about back in the Designing A Rocket In Six Easy Steps post, when we were choosing the design of SLS, we realized that there were advantages to using hardware from the shuttle program to give us a head start in developing a new rocket. And not purely because they were already available, but because they were the result of extensive, hard work. The shuttle solid rocket boosters were the most powerful ever flown. The RS-25 engines are paragons of reliability and efficiency. If we’d started from scratch designing a new engine to replace them, not only would it have taken us longer and cost us more, but at the end of the process, we would most likely have come out with something very much like the RS-25. Since NASA already invented the RS-25 once, it doesn’t make sense to invent it again.

But that doesn’t mean that we can’t reinvent it – take what’s already been done and innovate to make it better. Another thing we’ve learned over the course of this program is that while using “heritage hardware” can be easier than starting over, it can also be harder. SLS is not the shuttle. They have enough similarity that they can both use the RS-25 – to wit, they’re both really big things that use large quantities of hydrogen fuel to make large quantities of fire in order to go up. The similarities stop there. SLS is taller, which means the fuel goes into the engine at a higher pressure. SLS has more engines and they’re closer to the boosters than on shuttle, which means the outside of the engines gets hotter. SLS is designed for deep space, which means we have to get more power out of the engines and boosters. All of those things, and more, mean that we even if we can fly the same engines on SLS that we did on shuttle, we can’t fly them the same way.

And so, even more than we anticipated, we’re having to take some of these systems and modify them and upgrade them and test them.

Still worth it? Totally.

3) You Can’t Cheat Gravity, but You Can Beat It

When talking about space flight, people will sometimes talk about “cheating gravity.” They see a rocket gracefully and majestically rising off a pad and through the sky and into space, and talk like somehow gravity no longer applies to it.

There are some laws you can’t break and some rules you can’t cheat, and gravity is pretty high on that list. We don’t cheat gravity; we beat gravity.

Every second of a launch, gravity is still acting on a rocket just as surely as it’s holding you to the planet’s surface right now; the biggest difference being that the rocket weighs millions of pounds more than you do. In order to rise into space, the rocket has to create and sustain a force greater than gravity, and not tear itself apart in the process.

Getting off the planet is the opposite of entropy. Entropy is the easy way out for all things; left to their own devices, things will fall apart. We are doing just the opposite — we are putting things together and bending them to our will using chemistry, physics, math and engineering.

Make a list of what we’ve learned over the past four years, and even those who have been in this industry for years will say that this is hard. And because it’s hard, we work hard. It’s a challenge, and one we have to be steadfast every day in rising to meet.

4) NASA Is Alive and Well

So, technically, we knew this wasn’t true. Again, while the public was watching the shuttle stop flying, we were planning a Mars rocket, which, really, is pretty not dead. But as we would go out into public to talk to people about what we were doing, particularly in those early years, we would hear it a lot – “I thought NASA was dead.” And hearing that reminded us just how true it isn’t.

Hearing it became a reminder of the resiliency, dedication and talent of our workforce. They had heard the same thing about NASA. They have faced numerous challenges along the way. And yet they have poured themselves into this new program, and have done incredible work. Many of these people worked on shuttle, some of them even worked on Saturn. And yet they come to work every day to ensure that this current project is their masterpiece.

Hearing it also became a reminder of the fact that we are living at the cusp of a golden age of space. The idea that NASA is out of the human spaceflight business misses one of our most amazing accomplishments – most school students today don’t remember a time when there was not an American astronaut in orbit. For every second of every day of the last 15 years, NASA astronauts and our partners from other nations have been living and working in orbit about the International Space Station. Not only does the work they do pave the way for future exploration of deep space, teaching us more about how the human body adapts to long-term exposure to microgravity, but those same lessons, and many others gained aboard the space station, also improve life here on Earth. The International Space Station is not only NASA’s outpost on the space frontier, it’s a research laboratory available for the nation’s use, and at any time numerous experiments are being conducted in a variety of fields. NASA’s support of the International Space Station is also paving the way for commercial development of Earth orbit, making space ever more accessible.

And NASA is doing far more than that; our reach literally extends from one end of the solar system to the other, and beyond. Since this program started, NASA’s reach has spanned the solar system, from MESSENGER at Mercury to New Horizons at Pluto. We’ve landed Curiosity on Mars, and InSight is about to head that way. Juno is speeding toward Jupiter. We’re revealing the mysteries of Ceres. The Voyager probes launched 40 years ago still send back signals from a region of space where the influence of our sun is overpowered by the collective strength of other stars. Hubble continues to reveal the beauty and secrets of far reaches of space while Kepler discovers new planets around distant stars, and work is well underway on the large next-generation James Webb Space Telescope that will unveil the first luminous glows of the beginnings of the universe. Satellites orbiting our home planet help with crop growth around the world. Closer to home, we’re working to make air transportation safer and more efficient. Work we’re doing today means that in the next three years, three different new American crew vehicles are scheduled to be flying from Kennedy Space Center.

And those are just some highlights of what we’re doing.