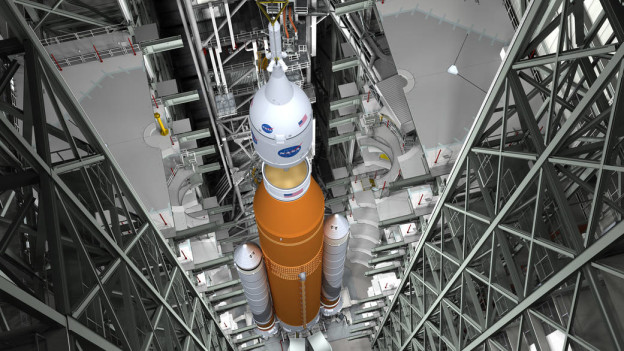 For the SLS program, it means we’re even further past the halfway point toward launch readiness. It’s been only four years since the program officially began in September 2011, and we’re working toward being ready in less than three years for our first launch.

The bulk of the first four years was focused on completing the design. To be sure, there was smoke and fire and bending metal as we tested boosters and engines and began building the barrels for the core stage of the rocket. Building on the foundation of the Space Shuttle Program allowed us to move quickly into testing of the engines and boosters, and the design work on the core stage progressed rapidly enough to allow us to begin early manufacturing, and all of that was preparation for what would come when we completed the critical design review of the plans.

With the design work all but done, the push toward the pad is well underway, and there’s a lot of work that entails.

For the rocket to roll out to the pad for launch, each element of the vehicle has to arrive at the Vehicle Assembly Building at Kennedy Space Center to be stacked together with the Orion crew vehicle. And each part has its own road to get there.

For the solid rocket boosters to be ready to fly, qualification motor tests will take place at Orbital ATK in Utah. The results of those tests will pave the way for processing, fueling and completion of the flight boosters, using hardware already at Kennedy Space Center. The boosters will be the first piece of SLS to be stacked in the VAB at Kennedy.

For the 200-foot-tall core stage, which its large fuel tanks and RS-25 engines to be ready to fly, the engines and the stage itself must each undergo individual preparation, and then be integrated together. Tests will be conducted at Stennis Space Center in Mississippi of individual engines, to make sure the RS-25 is ready for the environment it will encounter during launch. Test articles will be built of the large pieces that make up the core stage, and will be transported from Michoud Assembly Facility outside New Orleans to Marshall, where they’ll be placed in large test stands – which have to be built for this purpose – to undergo structural testing. Using the results of those tests, the actual first flight core stage will be completed. Engines will be transported from Stennis to Michoud to be integrated into the core stage, which will then be transported back to Stennis for the largest rocket test firing since the Apollo era. Once it has been tested, the stage will then be shipped down to Kennedy for stacking.

And that’s just the big pieces. In the meantime, work must be done on things like making sure the software that controls the rocket is ready to go.

We’ve already made a good start on this “building” phase of the program. In March of last year, we conducted the first qualification test of the solid rocket boosters, and we’re currently preparing for the next, which will take place later this year. At the same time, we’ve started working on the flight hardware for the boosters for SLS’s first launch.

We’ve completed the first series of individual engine tests, using an unflown development engine, and are about to start the second early this year, using an engine that has flown on shuttle missions and will fly again on the second flight of SLS.

We’re almost finished with the upper-stage element test articles, and will use them to conduct structural tests over the course of this year. At the same time, work has already begun on the actual upper stage that will be used to push Orion beyond the moon on SLS’s first flight.

We’re well underway building the pieces that will be used to finish the core stage test articles and the stands on which they’ll be tested. Very soon, we’ll be welding together test articles of the rocket’s liquid hydrogen and liquid oxygen tanks, as well as other core stage components. Those, in turn, will be followed by the flight articles for the first core stage.

It’s an exciting time, and making it more exciting is the fact that this work is taking place in the modern era of digital media, giving you an unprecedented look at the process. As we continue to grow closer, one step at a time, to launch, you’ll be able to follow us every step of the way.

Next Time: May The Forces Be With You 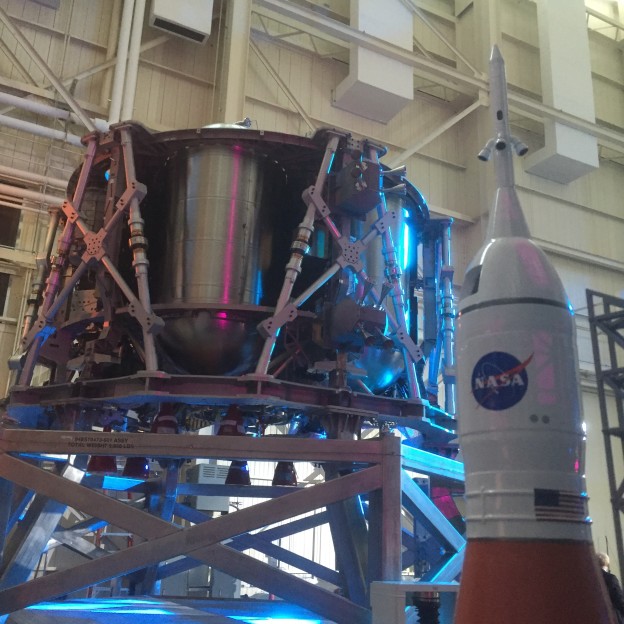