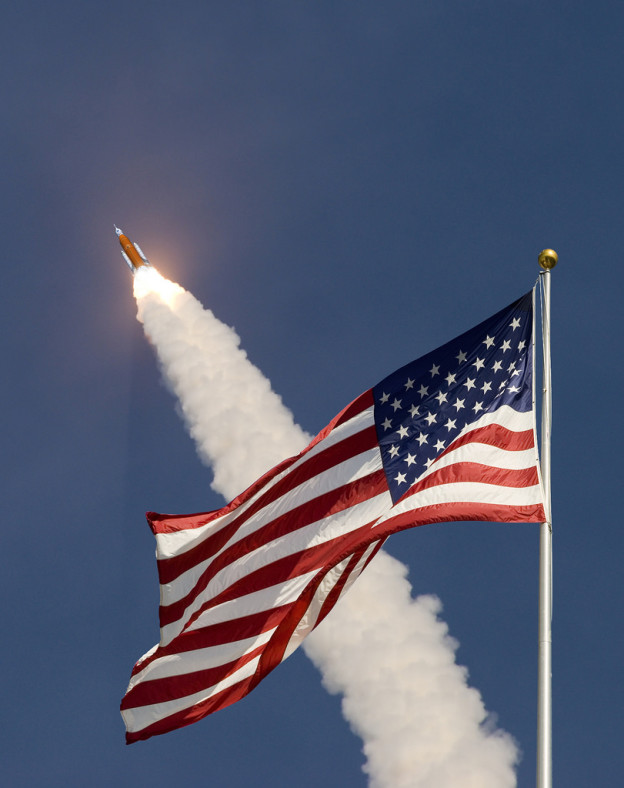 On Monday, the United States celebrated the Fourth of July. Fireworks and backyard grills were ignited across the country.

A couple hundred miles above us, the International Space Station orbited Earth with two spacecraft attached to it.

What do these two things have in common? A quest for independence.

The Fourth of July, of course, is the United States’ Independence Day, celebrating the anniversary of the 1776 signing of the Declaration of Independence, announcing that the former colonies were becoming a sovereign nation.

The International Space Station is an early, but prominent step in NASA’s effort to achieve “Earth independence” in human deep-space exploration, a key part of our Journey to Mars. On the station, we are learning how to live off the Earth by conducting investigations to learn how the human body adapts to space and testing new technologies needed for longer missions. However, the two spacecraft docked to the space station demonstrate that our human spaceflight operations today are “Earth dependent.” While astronauts float freely in the microgravity aboard the station, they remain tethered to our planet by a supply chain of provisions needed to survive. Deliveries of food, science experiments, spare parts and gifts from home arrive and depart by spacecraft on a regularly scheduled basis. Earlier this year, the number of docked spacecraft reached six: American Dragon and Cygnus cargo ships, and Russian Progress cargo ships and Soyuz crew vehicles. Should something go wrong, the return to Earth is only a short distance away.

In order to travel to Mars, astronauts will have to survive without that tether. When they depart Earth, they will sail into the void of space without the comfort of frequent visits from resupply ships. They will have no quick return; should something break or go wrong, Earth is potentially more than a year away. These pioneers will rely on themselves and what they have with them, or what has been sent ahead. They will be the first to be independent of our home planet, with both the freedom and responsibility that carries with it.

Significant challenges await us as we move from Earth dependence into Earth independence, learning to operate in space in a way we never have before. To accomplish this, we will carry out “proving ground” missions – missions where we will, innovate, test, and validate new systems and capabilities that will help us learn to live longer and farther away from home. The first launch of the Space Launch System (SLS) rocket with the Orion crew vehicle will mark our entry into this proving ground era, relying on new systems farther from Earth than any human spaceflight mission has ever ventured. SLS and Orion will allow us to launch habitats and other equipment that will support the first astronauts to not only visit, but to live in deep space around and beyond our moon.

When we have demonstrated the ability to live and thrive in deep space, the time will come for the first mission to leave the neighborhood of the Earth and moon and extend human existence into the solar system, a mission that will not only be a major step toward human landings on Mars but will be our declaration of Earth-independence.

In that moment, the word “Independence” will designate the time when humankind became an interplanetary species.

Get the grills and fireworks ready, because that will be an occasion to celebrate.

Next Time: A Real-World Space Lesson

Over the next year, the rocket comes to the Rocket City in a big way.

Huntsville, Alabama, a.k.a. “Rocket City,” is home to NASA’s Marshall Space Flight Center, where today the Space Launch System (SLS), the powerful rocket NASA will use for human exploration of deep space, is being developed.

More than six decades ago – before NASA even existed – Huntsville laid claim to the nickname thanks to its work on missiles and rockets like the Juno that launched the first American satellite or the Redstone used for the first Mercury launches.

In the years since, Huntsville, and Marshall, have built on that legacy with work on the Saturn V rockets that sent astronauts to the moon, the space shuttle’s propulsion systems, and now with SLS.

While the program is managed at Marshall Space Flight Center, contractors around the country are building the rocket. Engines are being tested in Mississippi. The core stage is being built in Louisiana. Booster work and testing is taking place in Utah. Aerospace industry leaders and more than 800 small businesses in 43 states around the country are providing components.

The Marshall team has also been involved with the hardware, largely through testing of small-scale models or smaller components. The center also produced the first new piece of SLS hardware to fly into space – a stage adapter that connected the Orion crew vehicle to its Delta rocket for Exploration Flight Test-1 in 2014 (See Orion’s First Flight for more.) The same adapter will connect Orion to SLS for their first flight in 2018.

Now, however, big things are happening in the Rocket City. The new Orion stage adapter for the upcoming launch is being built. The larger Launch Vehicle Stage Adapter, which will connect the core and second stages of the rocket, is being built at Marshall by contractor Teledyne Brown Engineering. This year, test versions of those adapters and the Interim Cryogenic Propulsion Stage (ICPS) will be assembled into a 56-foot-tall stack, which will be placed in a test stand to see how they handle the stresses of launch.

Those test articles built locally will be joined by larger ones produced at the Michoud Assembly Facility outside New Orleans. Test versions of the rocket’s engine section, oxygen tank and hydrogen tank will be shipped by barge from Michoud to Marshall. Two new test stands – one topped out last month at 221 feet tall – have been built at Marshall, joining historic test stands used to test the Saturn moon rockets.

Fifty-five years ago this month, Alan Shepard became the first American in space riding on a Redstone rocket, named for the Huntsville army base where his rocket had been designed – Redstone Arsenal. Today, Marshall, located on the same red clay that gave the arsenal and rocket their name, is undertaking perhaps its largest challenge yet – building a rocket to carry humans to the red stone of Mars.

Huntsville grew substantially from its small Southern town roots during its early days of rocket work in the 1950s and ‘60s, and Marshall has gone on to be involved in projects such as Skylab, Spacelab, the Hubble Space Telescope and the International Space Station, to name a few. But despite branching out its work both in space and other technology areas, Huntsville remains the Rocket City.

…After all, we built this city on a rocket role. 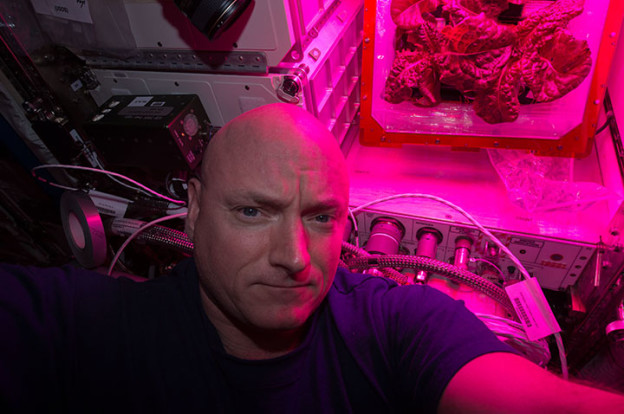