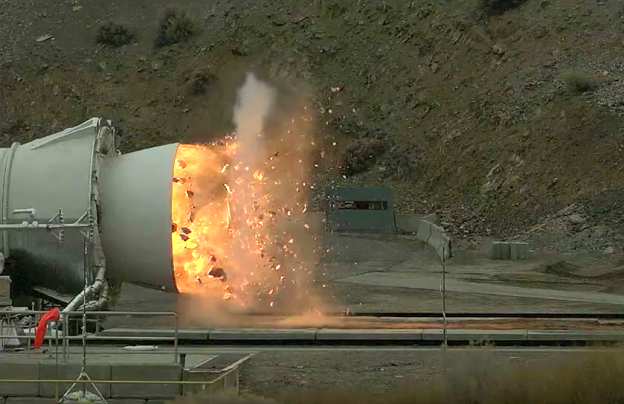 Over the next year, the rocket comes to the Rocket City in a big way.

Huntsville, Alabama, a.k.a. “Rocket City,” is home to NASA’s Marshall Space Flight Center, where today the Space Launch System (SLS), the powerful rocket NASA will use for human exploration of deep space, is being developed.

More than six decades ago – before NASA even existed – Huntsville laid claim to the nickname thanks to its work on missiles and rockets like the Juno that launched the first American satellite or the Redstone used for the first Mercury launches.

In the years since, Huntsville, and Marshall, have built on that legacy with work on the Saturn V rockets that sent astronauts to the moon, the space shuttle’s propulsion systems, and now with SLS.

While the program is managed at Marshall Space Flight Center, contractors around the country are building the rocket. Engines are being tested in Mississippi. The core stage is being built in Louisiana. Booster work and testing is taking place in Utah. Aerospace industry leaders and more than 800 small businesses in 43 states around the country are providing components.

The Marshall team has also been involved with the hardware, largely through testing of small-scale models or smaller components. The center also produced the first new piece of SLS hardware to fly into space – a stage adapter that connected the Orion crew vehicle to its Delta rocket for Exploration Flight Test-1 in 2014 (See Orion’s First Flight for more.) The same adapter will connect Orion to SLS for their first flight in 2018.

Now, however, big things are happening in the Rocket City. The new Orion stage adapter for the upcoming launch is being built. The larger Launch Vehicle Stage Adapter, which will connect the core and second stages of the rocket, is being built at Marshall by contractor Teledyne Brown Engineering. This year, test versions of those adapters and the Interim Cryogenic Propulsion Stage (ICPS) will be assembled into a 56-foot-tall stack, which will be placed in a test stand to see how they handle the stresses of launch.

Those test articles built locally will be joined by larger ones produced at the Michoud Assembly Facility outside New Orleans. Test versions of the rocket’s engine section, oxygen tank and hydrogen tank will be shipped by barge from Michoud to Marshall. Two new test stands – one topped out last month at 221 feet tall – have been built at Marshall, joining historic test stands used to test the Saturn moon rockets.

Fifty-five years ago this month, Alan Shepard became the first American in space riding on a Redstone rocket, named for the Huntsville army base where his rocket had been designed – Redstone Arsenal. Today, Marshall, located on the same red clay that gave the arsenal and rocket their name, is undertaking perhaps its largest challenge yet – building a rocket to carry humans to the red stone of Mars.

Huntsville grew substantially from its small Southern town roots during its early days of rocket work in the 1950s and ‘60s, and Marshall has gone on to be involved in projects such as Skylab, Spacelab, the Hubble Space Telescope and the International Space Station, to name a few. But despite branching out its work both in space and other technology areas, Huntsville remains the Rocket City.

…After all, we built this city on a rocket role.