The wide-field meteor camera at NASA’s Marshall Space Flight Center recorded these two simultaneous Quadrantid meteors on Jan. 4 at approximately 5 a.m. EST. Moving at 92,000 mph, the meteors flashed across the field of view in just over a second. 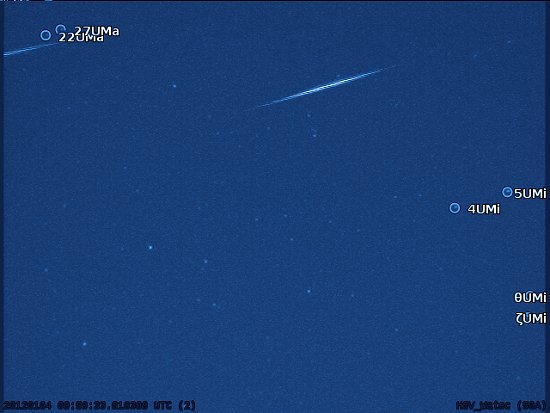 Early on the morning of Jan. 3, 2012, a beautiful meteor was seen traveling across the skies over Huntsville, Ala. Moving slowly at “only” 18.9 km/s — or 42,000 mph — the meteor was recorded at approximately 10:34:16 UTC in an allsky camera at the Marshall Space Flight Center. It started 88.5 km/55 miles up and was last detected at 79.8 km/50 miles up. The meteor had a mass of 22 grams and was about an inch in diameter — fairly big for a meteor — and its orbit went out to the asteroid belt. 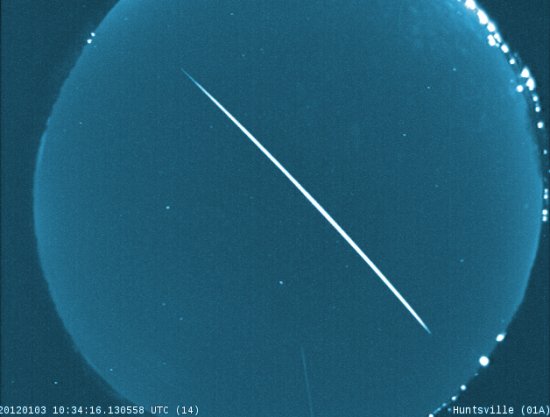 The view below shows the meteor’s path captured by an allsky color camera, also located at the Marshall Center. 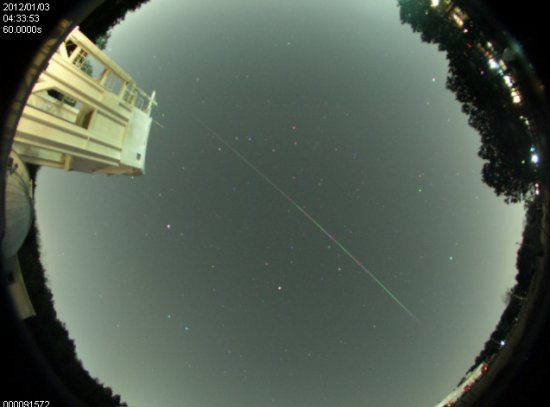