Some computer models indicate that the Earth may pass near decades old debris left behind by Comet Wirtanen in mid December, creating a new meteor shower. In the most optimistic scenario, viewers could see as many as 10-30 meteors per hour radiating from a point in the constellation Pisces in the early evenings, sometime between December 10 and 15. This time period also includes the peak of the strong annual Geminid meteor shower, so skywatchers have a chance of a “meteor night” after sunset on December 13; meteors from the new shower (if any) will be visible in the early evening, with the Geminids making their appearance later on and lasting until dawn.

Comet Wirtanen was discovered in 1948, just after World War II, and takes 5.4 years to orbit the Sun. It is a Jupiter family comet, with a perihelion (closest point to the Sun) just outside Earth’s orbit. 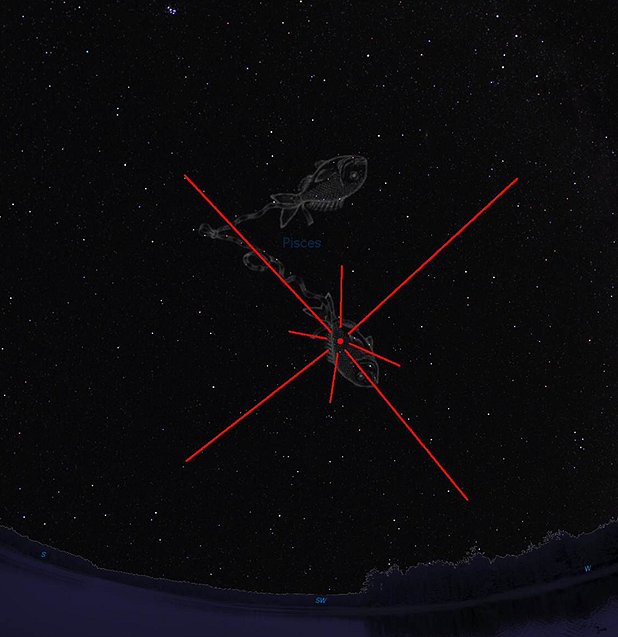 This graphic depicts the position of the constellation Pisces in the southwestern sky at 8 PM local time. The red dot shows the location of the radiant of the possible new meteor shower.

2 thoughts on “Will We See A New Meteor Shower?”