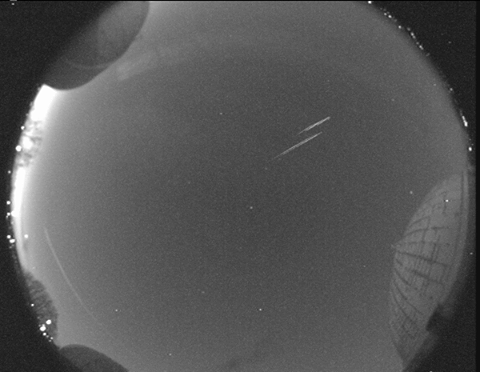 There will still be Eta Aquarids visible tonight, but at a rate of less than half of last night’s peak. Those in the southern hemisphere will again see more Eta Aquarids than those in the northern hemisphere, but pretty much everywhere in the world except the Arctic Circle has a chance to view the shower. You can spot meteors any time after dark, but Eta Aquarids meteors will not be visible until after 2:30 AM local time, when the constellation of Aquarius rises above the horizon. The highest visibility for Eta Aquarids will be in the couple of hours before dawn, sometime after about 4:00 a.m. local time.

You don’t need special equipment like a telescope: you only need your eyes. If you have clear skies, go outside to a place away from city lights. Lie on your back and look straight up at the sky, allowing your eyes 30-45 minutes to adjust to the dark. Meteors may appear from any direction, and this gives you the widest possible field of view to spot one. On any given night, it’s possible to see 6-8 sporadic meteors per hour, even without a specific shower event.