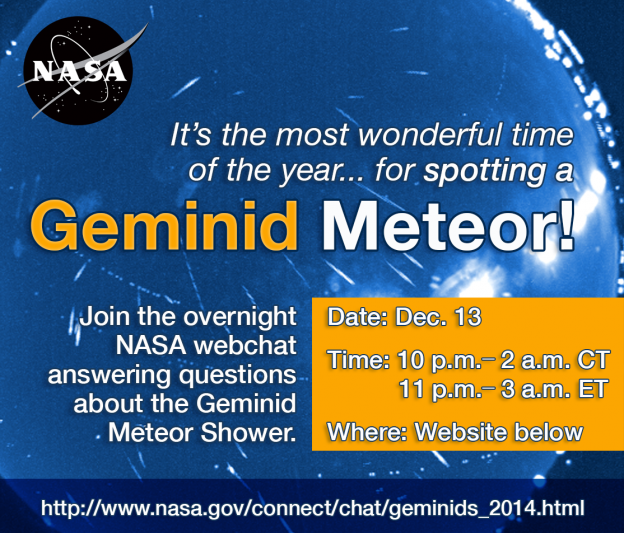 It’s the most wonderful time of the year — for spotting a Geminid meteor! The 2014 Geminid meteor shower is forecast to be a lively meteor shower with great views in the skies over Earth. The week of Dec. 8 is a good window for Geminid-watching, but the night of Dec. 13-14 is the anticipated peak. Best viewing will be in dark sky locations, away from city lights.

Geminids are pieces of debris from an object called 3200 Phaethon. Long thought to be an asteroid, Phaethon is now classified as an extinct comet. Basically it is the rocky skeleton of a comet that lost its ice after too many close encounters with the sun. Earth runs into a stream of debris from 3200 Phaethon every year in mid-December, causing meteors to fly from the constellation Gemini. When the Geminids first appeared in the early 19th century, shortly before the U.S. Civil War, the shower was weak and attracted little attention. There was no hint that it would ever become a major display.

On Dec. 13, Cooke and a team of astronomers from Marshall Space Flight Center will host an overnight NASA web chat from 10 p.m. to 2 a.m. CDT, answering questions about the Geminid meteor shower. The Geminids are expected to peak just before dawn on Dec. 14, with a predicted peak rate of 100 to 120 meteors per hour.

To join the webchat on Dec. 13, log into the chat page at: https://www.nasa.gov/connect/chat/geminids_2013.html 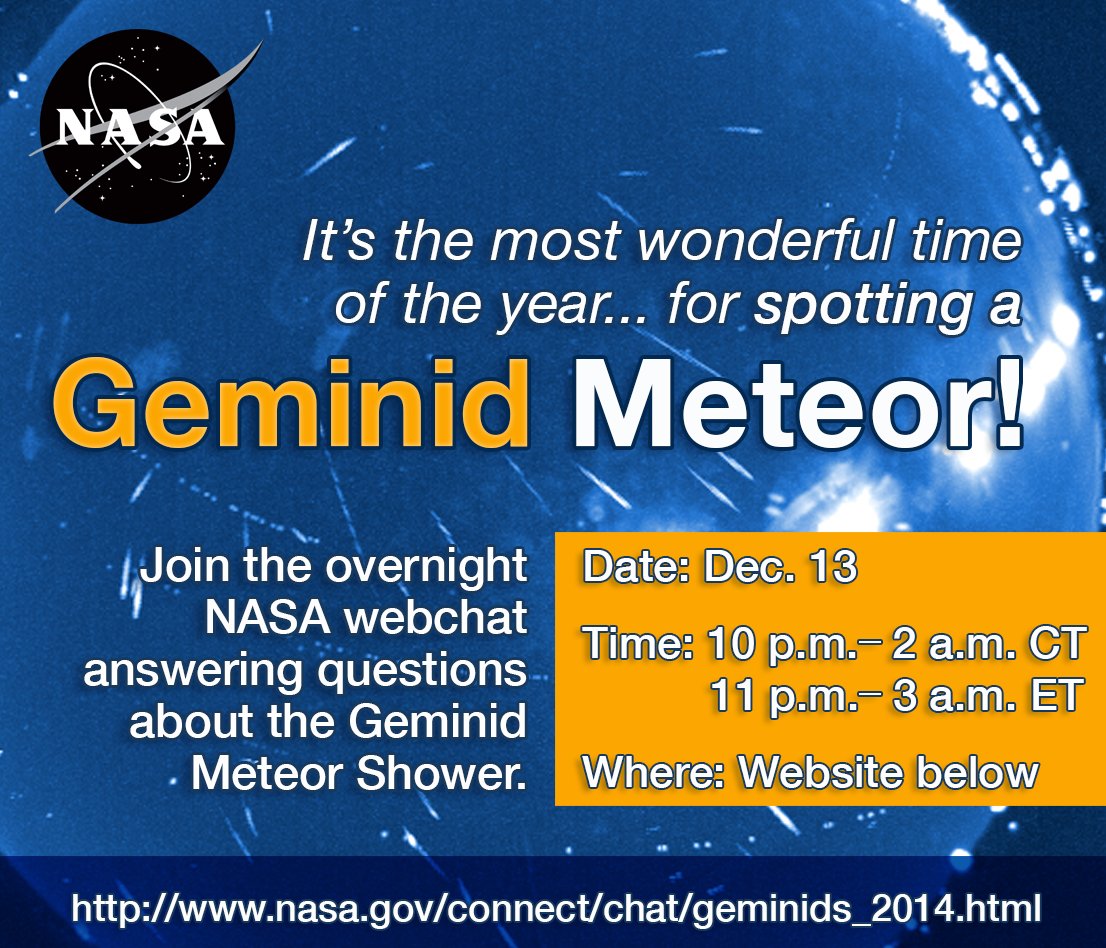