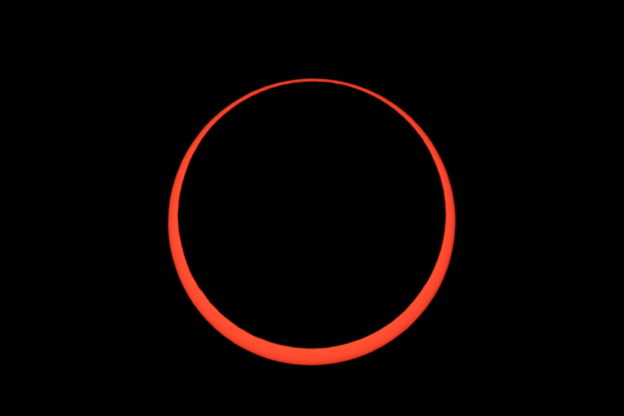 On Aug. 21, 2017, a total solar eclipse will cross the full continental United States along a narrow, 70-mile-wide path from Oregon to South Carolina.

The last total eclipse in the U.S. was in 1979. And the last total solar eclipse that crossed the entire continental U.S. happened in 1918. But why? Why has it been 99 years, and why have the intervening partial and even total eclipses caught only parts of the country?

In short, celestial geometry is complicated but predictable. Much like many other aspects of the cosmos, it is cyclic.


Need a minute to catch up? Go ahead. We’ll wait.  Credit: NASA

Eclipse cycles arise from a natural harmony between three motions of the moon’s orbit. We call them “months” due to their repetitive nature.

The synodic month governs the moon’s phases. It’s measured by the time it takes to go from one new moon to the next, which takes about 29 ½ days. In that time, the moon rotates once around its own axis and goes around Earth once.

From the perspective of a solar eclipse, the new moon phase is important. It’s the point in the moon’s orbit when it passes between Earth and the sun. A total solar eclipse can only happen at a new moon, and only when the other types of movement line up as well.

New moons happen once a month, but we don’t see eclipses every month because the moon’s orbit is tipped by about five degrees from Earth’s orbit around the sun. On most months, the new moon casts its shadow either above or below Earth, making a solar eclipse a rare treat.

The moon’s tilted orbit meets the sun-Earth plane at two points called nodes. A draconic month is the time it takes the moon to return to the same node. The moon’s orbital nodes drift over time, which is why a single location on Earth’s surface might wait hundreds of years between total eclipses.


As the moon orbits Earth, it also wobbles up and down, making total eclipses rarer than they otherwise would be.  Credit: NASA

The moon’s path around Earth is not a perfect circle, which means the distance between us and the moon changes all the time. When the moon is closest to Earth in its orbit we call it perigee, and apogee when it’s farthest. This change in distance gives rise to the anomalistic month, the time from perigee to perigee.

The farther away the moon is from Earth, the smaller it appears. When the moon blocks all of the sun’s light, a total eclipse occurs, but when the moon is farther away — making it appear smaller from our vantage point on Earth — it blocks most, but not all of the sun. This is called an annular eclipse, which leaves a ring of the sun’s light still visible from around the moon. This alignment usually occurs every year or two, but is only visible from a small area on Earth.

A total solar eclipse requires the alignment of all three cycles — the synodic, anomalistic, and draconic months. This happens every 18 years 11 days and 8 hours, a period known as a saros.

The extra eight hours is the reason why successive eclipses in the same saros cycle happen over different parts of Earth. Earth rotates an extra third of the way around its axis. Each total solar eclipse track looks similar to the previous one, but it’s shifted 120 degrees westward.

During this year’s total solar eclipse, anyone within the path of totality will be able to see one of nature’s most awe-inspiring sights. This path, where the moon will completely cover the sun and the sun’s tenuous atmosphere — the corona — can be seen, will stretch from Salem, Oregon to Charleston, South Carolina. Observers outside this path will still see a partial solar eclipse where the moon covers part of the sun’s disk. A total solar eclipse presents the rare opportunity to observe the corona and chromosphere, and eclipse observations are important for understanding why sun’s atmosphere is 1 million degrees hotter than its surface.

For more information on the eclipse, where to view it and how to view it safely (wear eye protection!), visit https://eclipse2017.nasa.gov/sun.

6 thoughts on “When the Earth, Moon and Sun Align”