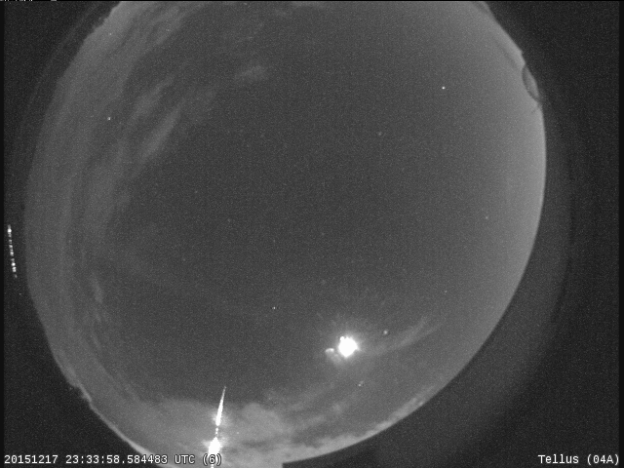 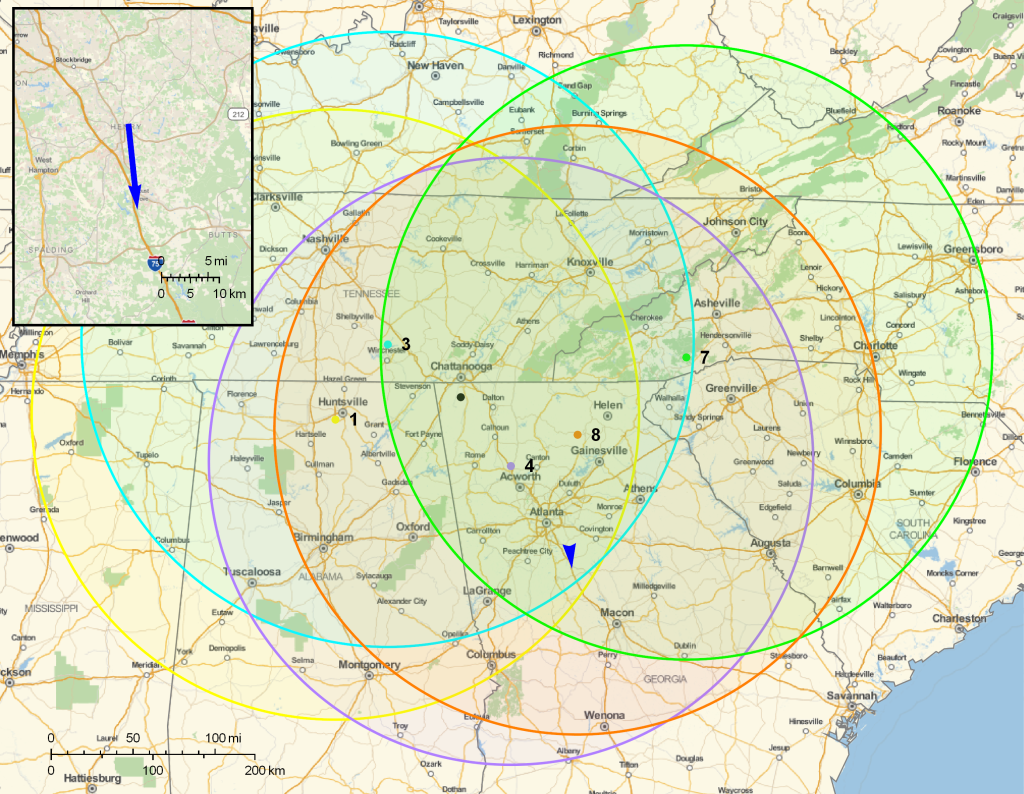 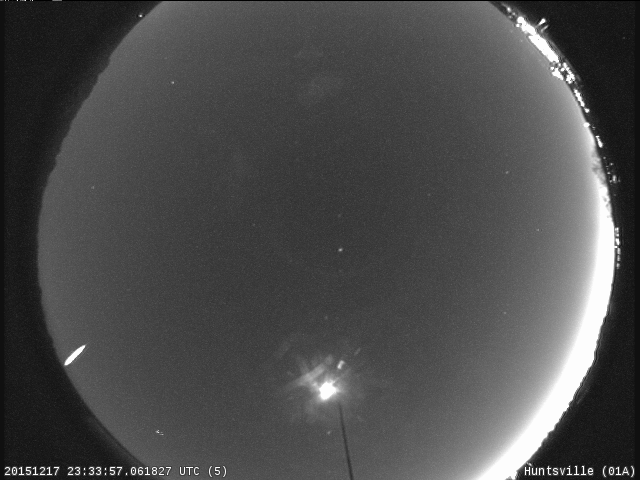 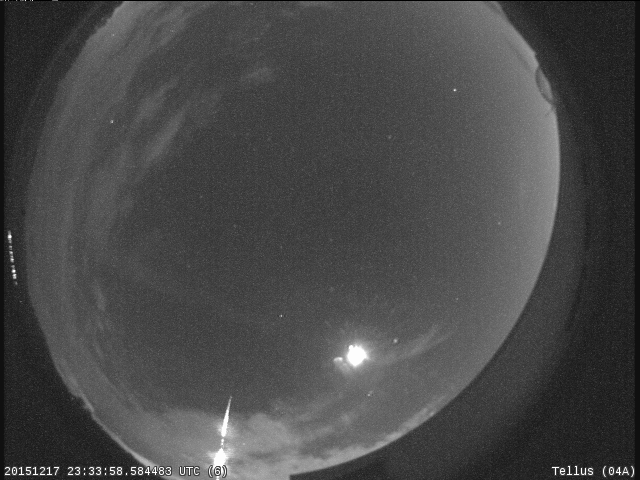 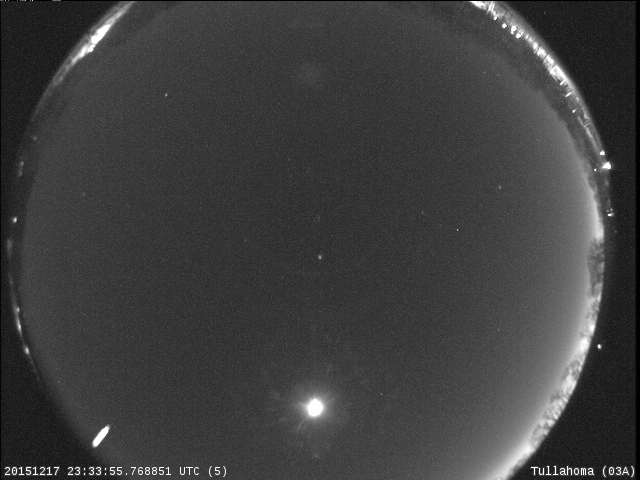 Images were taken by Rob Suggs and Aaron Kingery in twilight through cirrus clouds around 00:36 UT on 17 Mar 2013 with a 14 inch Schmidt-Cassegrain telescope at Marshall Space Flight Center’s Automated Lunar and Meteor Observatoryin Huntsville, Ala.  The detector was a low-light level B&W video camera with a focal reducer giving a 20 arcminute horizontal field of view.  The view shows the over-exposed coma and a faint division in the 2 sides of the dust tail.  The images were not flat-fielded or dark-subtracted. 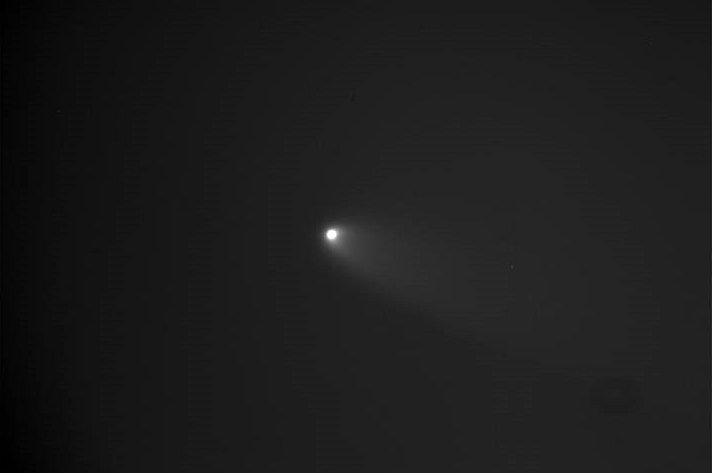 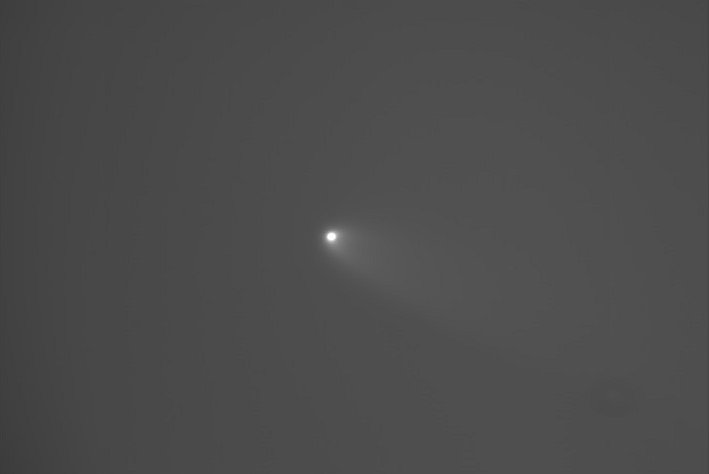 On Oct. 24, 2011, the Northern Lights glowed over North Alabama, visible even though the skies were bright from city lights. 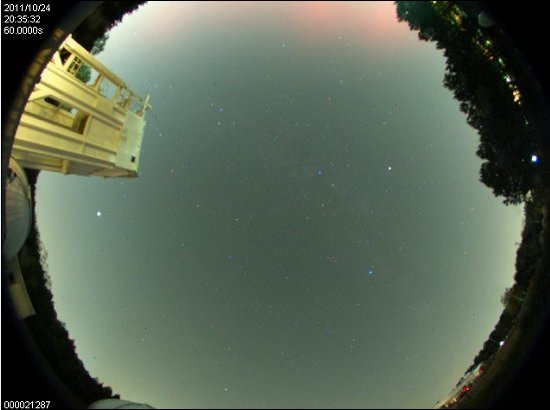 Aurora Borealis, or Northern Lights, are unusual so far south — the colorful, 20-minute display was a rare sighting caused by a recent solar storm. This video was captured by the color allsky camera at the Automated Lunar and Meteor Observatory, or ALaMO, at the Marshall Center in Huntsville, Ala.

A new color all-sky camera has opened its eyes at the ALaMO, or Automated Lunar and Meteor Observatory, at NASA’s Marshall Space Flight Center in Huntsville, Ala. Watch its inaugural video below, showing sunset fade into evening at the Marshall Center on Oct. 5, 2011. The time-lapse video spans about 2:28 hours, and the Moon is the object that emerges at the lower left side to cross the sky so brightly.

The ALaMO consists of two observatory domes, a 15-meter, or 50-foot, tower with a roll-off roof and an operations center with laboratory space. A 14-inch Ritchey-Chrétien telescope resides in the tower, and a 14-inch Schmidt-Cassegrain in one of the two observation domes. 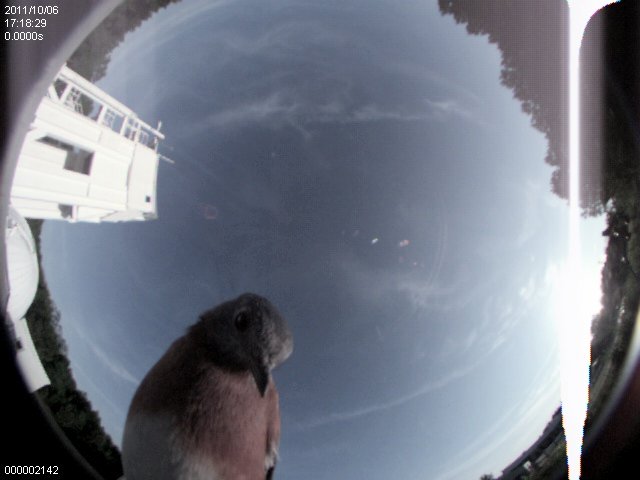