This month we’ll get to see a Full Moon on Aug. 22, 2021, known by some early Native American tribes of the northeastern United States, as the Sturgeon Moon. The name was given to the Moon because the large sturgeon fish of the Great Lakes, and other major lakes, were more easily caught at this time of year. But that’s not all! We also get to see a Blue Moon!

We’ve all heard the phrase “once in a Blue Moon,” which usually refers to something that rarely happens. Blue Moons do sometimes happen in Earth’s night sky, giving rise to this phrase. But what is a Blue Moon?

Well, we have two kinds of Blue Moons – monthly and seasonal.

A monthly Blue Moon is the second Full Moon in a calendar month with two Full Moons. Then, there’s a seasonal Blue Moon – the third Full Moon of an astronomical season that has four Full Moons.

In astronomy, a season is the period of time between a solstice and equinox, or vice versa. Each season – winter, spring, summer or fall – lasts three months and usually has three Full Moons, occurring about 30 days apart. Because June’s Full Moon came just a few days after the June (Summer) solstice, we will see four Full Moons in the current summer season, which ends at the September equinox on Sept. 22.

The third Full Moon – our seasonal Blue Moon – will happen on Aug. 22.  All Full Moons are opposite the Sun, as viewed from Earth, rising fully illuminated at local time around sunset and setting around sunrise.

Perhaps you’re wondering if the Moon ever actually takes on a blue color. Well, Blue Moons that are blue in color are extremely rare and have nothing to do with the calendar or the Moon’s phases; they don’t have to be Full Moons either. When a blue-colored Moon happens, the blue color is the result of water droplets in the air, certain types of clouds, or particles thrown into the atmosphere by natural catastrophes, such as volcanic ash and smoke. Also, blue-colored Moons in photos are made using special blue filters for cameras or in post-processing software.

In 1883, an Indonesian volcano called Krakatoa produced an eruption so large that scientists compared it to a 100-megaton nuclear bomb. Ash from the Krakatoa explosion rose as high into the atmosphere as 80 kilometers (50 miles). Many of these ash particles can be about 1 micron in size, which could scatter red light and act as a blue filter, resulting in the Moon appearing blue.

Blue-colored Moons appeared for years following the 1883 eruption. Many other volcanoes throughout history, and even wildfires, have been known to affect the color of the Moon. As a rule of thumb, to create a bluish Moon, dust or ash particles must be larger than about 0.6 micron, which scatters the red light and allows the blue light to pass through freely. Having said all of that, what we call a Blue Moon typically appears pale grey, white or a yellowish color – just like the Moon on any other night.

Generally, Blue Moons occur every 2 to 3 years. Our last Blue Moon was on Oct. 31, 2020 – the night of Halloween. Mars was red and very large, since it was closer to Earth, and it was seen in the sky near the Blue Moon. Coincidently, this year’s Blue Moon will appear near planets again, but this time Jupiter and Saturn! We won’t see another Blue Moon until August 2023.

There’s an extra special treat coming Earth’s way – a Blue Moon on the night of Oct. 31 for Halloween.

What is a Blue Moon?

According to modern folklore, it is a phenomenon where a Full Moon appears twice in one calendar month. Typically, each month has only one, as Full Moons occur about 29 days apart.

Our first Full Moon of the month – known as a Harvest Moon – occurred on Oct. 1. This is a name given to the Full Moon happening closest to the autumnal equinox – the first day of fall. The Blue Moon coming up is respectively known as the Hunter’s Moon.  Rising in the early evening, the Hunter’s Moon was given its name because it provided plenty of moonlight for hunters to gather meat for the long winter ahead.

While the informal phrase “once in a Blue Moon” refers to something that rarely happens, the same definition rings true for the skies this Halloween. These moons are of significance because they only come every two or three years. In fact, the last Blue Moon occurred on March 31, 2018.

Contrary to its name, a Blue Moon has nothing to do with the Moon having a blue hue. However, very rarely there are actual blue-tinted Moons due to particles thrown into the atmosphere by natural catastrophes. In 1883, an Indonesian volcano called Krakatoa had an eruption so large that it was compared by scientists to a 100-megaton nuclear bomb. Lots of ash from the Krakatoa explosion rose into the atmosphere. Many of these ash particles were about 1 micron in size, which could scatter red light and act as a blue filter. This resulted in the Moon appearing blue.

Blue-colored Moons appeared for years following the 1883 eruption. Many other volcanos and even wildfires throughout history have been known to affect the color of the moon. As a rule of thumb, in order to create a bluish Moon, dust or ash particles must be larger than ~0.6 microns, which is the wavelength of red light. Having said that, what we call a Blue Moon appears pale grey and white – just like the Moon on any other night. Having a second Full Moon in one given month does not change its color.

October’s Blue Moon, however, will be the first Blue Moon to appear on Halloween since 1944. This moon occurred one month following the introduction of the Aggregat 4, or the V-2 rocket. This rocket was the first vehicle capable of reaching the edge of space. In years following, the Apollo Saturn V became its direct descendant.

As we approach October 2020’s Blue Moon, the Artemis Generation prepares to explore the Moon’s surface from a lunar base. NASA’s Artemis program is named after the twin sister to Apollo, the Sun god in Greek mythology, and she is known as the goddess of the Moon. There hasn’t been this much momentum to return to the Moon’s surface since the Apollo missions.

The next Halloween Blue Moon will occur in 2039. By then, the Artemis Generation will hopefully look at Mars from that same lunar base – perhaps passing the torch to an Ares Generation bound for the Red Planet.

There’s plenty to see in the sky for October! The Moon will be full not once, but twice this month. It’s also a great time for viewing Mars and trying to spot the galaxy of Andromeda. Learn more from the video below produced by NASA’s Jet Propulsion Laboratory. 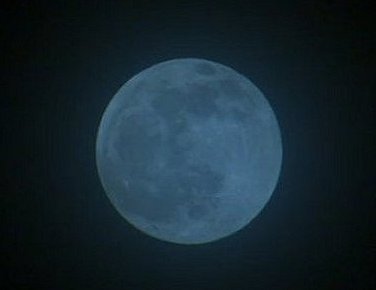