As we approach month’s end, there is not one, not two, but three celestial events happening with our Moon!

The Moon will be located on Earth’s opposite side from the Sun and fully illuminated May 26, 2021, at 6:13 a.m. CDT. This Full Moon was known by early Native American tribes as the Flower Moon because this was the time of year when spring flowers appeared in abundance.

Compared to other Full Moons in 2021, the Flower Moon will have the nearest approach to Earth, making it appear as the closet and largest Full Moon of the year. This is what is commonly referred to as a “supermoon”. Yet, it’s not just bringing brightness and size. May’s supermoon is also bringing a “super power” to change its color, and the color is red!

Mars is most commonly known as the Red Planet. But have you ever witnessed our own planet’s Moon turn red? If you haven’t, you’ll get your chance with this year’s only total lunar eclipse also happening May 26! It’s been nearly two and a half years since the last one.

A total lunar eclipse occurs when the Moon passes completely through the Earth’s dark shadow, or umbra. During this type of eclipse, the Moon will gradually get darker, taking on a rusty or blood-red color. The color is so striking that lunar eclipses are sometimes called Blood Moons.

The total eclipse phase will be visible near moonset in the western United States and Canada, all of Mexico, most of Central America and Ecuador, western Peru, and southern Chile and Argentina. The eclipse can be seen in its entirety in eastern Australia, New Zealand, and the Pacific Islands, including Hawaii. Unlike a solar eclipse, you won’t need special glasses to view this lunar eclipse, just go outside and keep your head to the sky!

“Folks in Hawaii and the Aleutian Islands will get to see the entirety of this eclipse – it will be quite a show for them,” said Bill Cooke, Lead, NASA Meteoroid Environments Office.

Enjoy this spectacle of the sky!

There’s an extra special treat coming Earth’s way – a Blue Moon on the night of Oct. 31 for Halloween.

What is a Blue Moon?

According to modern folklore, it is a phenomenon where a Full Moon appears twice in one calendar month. Typically, each month has only one, as Full Moons occur about 29 days apart.

Our first Full Moon of the month – known as a Harvest Moon – occurred on Oct. 1. This is a name given to the Full Moon happening closest to the autumnal equinox – the first day of fall. The Blue Moon coming up is respectively known as the Hunter’s Moon.  Rising in the early evening, the Hunter’s Moon was given its name because it provided plenty of moonlight for hunters to gather meat for the long winter ahead.

While the informal phrase “once in a Blue Moon” refers to something that rarely happens, the same definition rings true for the skies this Halloween. These moons are of significance because they only come every two or three years. In fact, the last Blue Moon occurred on March 31, 2018.

Contrary to its name, a Blue Moon has nothing to do with the Moon having a blue hue. However, very rarely there are actual blue-tinted Moons due to particles thrown into the atmosphere by natural catastrophes. In 1883, an Indonesian volcano called Krakatoa had an eruption so large that it was compared by scientists to a 100-megaton nuclear bomb. Lots of ash from the Krakatoa explosion rose into the atmosphere. Many of these ash particles were about 1 micron in size, which could scatter red light and act as a blue filter. This resulted in the Moon appearing blue.

Blue-colored Moons appeared for years following the 1883 eruption. Many other volcanos and even wildfires throughout history have been known to affect the color of the moon. As a rule of thumb, in order to create a bluish Moon, dust or ash particles must be larger than ~0.6 microns, which is the wavelength of red light. Having said that, what we call a Blue Moon appears pale grey and white – just like the Moon on any other night. Having a second Full Moon in one given month does not change its color.

October’s Blue Moon, however, will be the first Blue Moon to appear on Halloween since 1944. This moon occurred one month following the introduction of the Aggregat 4, or the V-2 rocket. This rocket was the first vehicle capable of reaching the edge of space. In years following, the Apollo Saturn V became its direct descendant.

As we approach October 2020’s Blue Moon, the Artemis Generation prepares to explore the Moon’s surface from a lunar base. NASA’s Artemis program is named after the twin sister to Apollo, the Sun god in Greek mythology, and she is known as the goddess of the Moon. There hasn’t been this much momentum to return to the Moon’s surface since the Apollo missions.

The next Halloween Blue Moon will occur in 2039. By then, the Artemis Generation will hopefully look at Mars from that same lunar base – perhaps passing the torch to an Ares Generation bound for the Red Planet.

There’s plenty to see in the sky for October! The Moon will be full not once, but twice this month. It’s also a great time for viewing Mars and trying to spot the galaxy of Andromeda. Learn more from the video below produced by NASA’s Jet Propulsion Laboratory.

Happy equinox, Earthlings! March 20 marks the spring equinox, one of two seasonal markers in Earth’s year-long orbit when the Sun appears to shine directly over the equator, and daytime and nighttime are nearly equal lengths–12 hours–everywhere on the planet.

It’s the start of astronomical spring in the Northern Hemisphere, meaning more sunlight and longer days. From here until the beginning of fall, daytime will be longer than nighttime as the Sun travels a longer, higher arc across the sky each day, reaching a peak at the start of summer. It’s just the opposite in the Southern Hemisphere, where March 20 marks the fall equinox.

What’s more? The first full Moon of spring will rise tonight, lighting the skies on the equinox. Usually, a full Moon arrives a few days to weeks before or after the equinox. It’s close, but not a perfect match. Tonight’s full Moon, however, reaches maximum illumination less than four hours after the equinox. There hasn’t been a comparable coincidence since the spring equinox in 2000.

And because the Moon is near perigee, it qualifies as a supermoon–the third and final of 2019. It’s not a big supermoon, so you won’t really be able to see the difference between this full Moon and any other one with your eyes. But keep an keep an eye on the Moon as it rises and creeps above the eastern skyline. A low-hanging Moon can appear strangely inflated. This is the Moon illusion at work.

Super or seemingly not, it’s a rare celestial coincidence to usher in springtime. 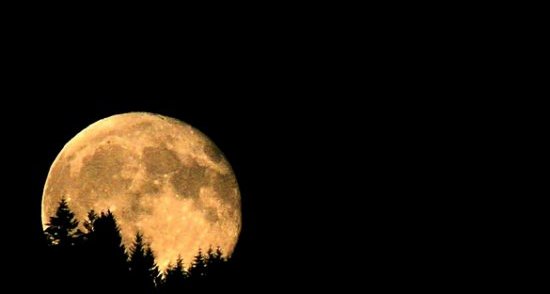 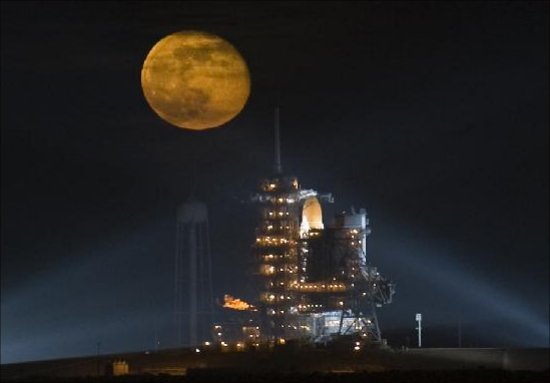