At approximately midnight local time on the night of September 6 (September 7, 6 UTC), a loud explosion was heard in an area near Managua, Nicaragua. A crater some 39 feet in diameter was found near 86.2 degrees west longitude, 12.2 degrees north latitude, in good agreement with the reports of explosive sounds. It has been suggested that a meteorite may have caused this crater; however, the lack of fireball reports from the surrounding populated area seems to suggest some other cause. The skies were partially clear, and an object capable of producing a crater this large would have also generated a very bright fireball (brighter than the Full Moon) that should have been seen over a wide area. Some have drawn analogies to the September 2007 Carancas meteorite fall in Peru; however, there were fireball reports associated with this event, even though it occurred in the daytime near noon.

While a meteoritic origin for this crater cannot be ruled out with absolute certainty, the information available at this time suggests that some other cause is responsible for its creation. 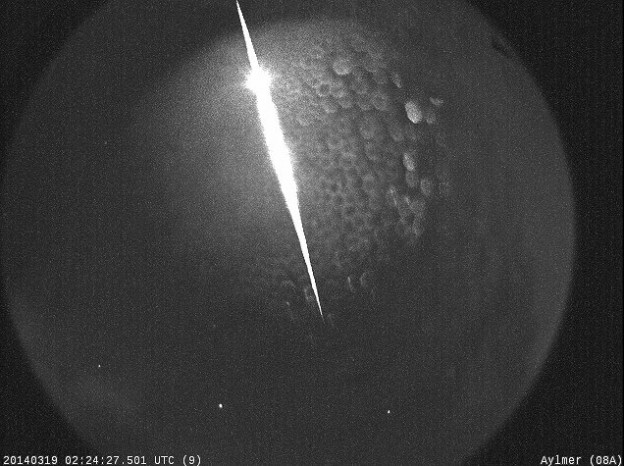 Researchers from Western University have released footage of a basketball-sized meteor that was almost as bright as the full moon.

The meteor lit up the skies of southwestern Ontario last week. Astronomers are hoping to enlist the help of local residents in recovering one or more possible meteorites that may have crashed in the area just north of St. Thomas, Ontario.

Meteorites may best be recognized by their dark and scalloped exterior, and are usually denser than normal rock and will often attract a fridge magnet due to their metal content. In this fall, meteorites may be found in a small hole produced by their dropping into soil. Meteorites are not dangerous, but any recovered meteorites should be placed in a clean plastic bag or container and be handled as little as possible to preserve their scientific information.

More details can be found at  http://meteor.uwo.ca/research/fireball/events/st_thomas/overview.html 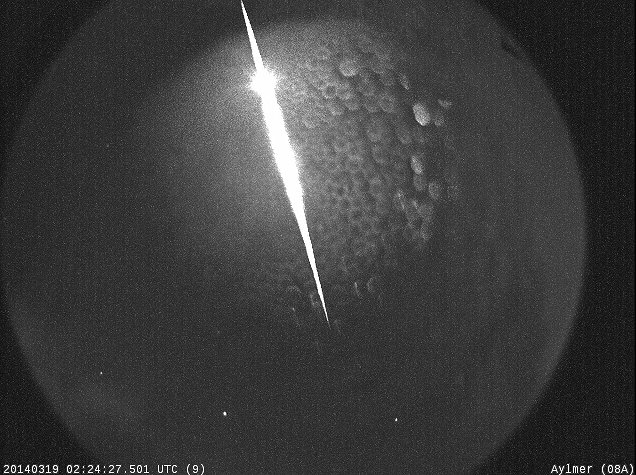 Credit: The University of Western Ontario 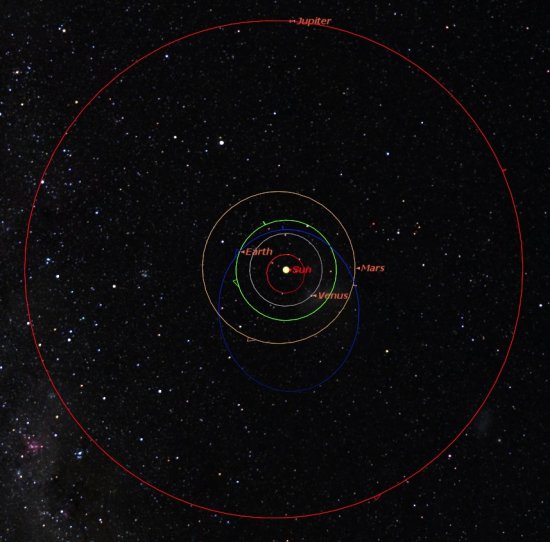