Every week, usually at the end of the day on Friday, we havea conference with our Lead Flight Director, Dina Contella.  At the startof this week’s conference, she put the week into perspective.  She saidthis time last week (our conference was on a Thursday because of HTV arrival onFriday) HTV had not docked, 47 Progress was in a standby position waiting tore-dock (which it did and then departed for good), 48 Progress had not launched(it is now attached to the Station), nothing had been unloaded or packed on HTVand we had approximately 40 hours of science to do.  Sometimes we get socaught up in working day to day we don’t realize what can be accomplished in aweek.  I think everyone can agree it was a productive week. 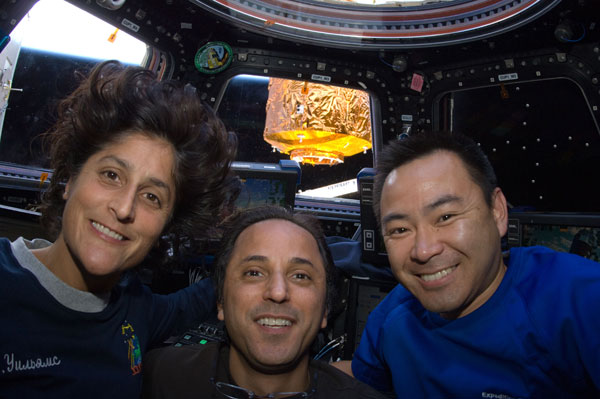 Even with all the work we had to do, we found time to gettogether and watch the Olympics.  Of course everyone knows there issomething special about the Olympics and that feeling is not lost inspace.  We were able to see Michael Phelps become the most decoratedOlympian and Gabby Douglas’ nerves of steel as she won the individualGymnastics gold medal.  If you have read any of my previous blogs, youknow that I enjoy my sports.  To have two weeks to watch the best athletesof the world compete is a dream come true for any sports enthusiast.  Towatch them while orbiting above the Earth makes them even more special for us(even though we often miss the end of a competition because we lose satellitecoverage).

I have noticed two things while watching these games. One is that no matter what the sport or which country is winning, we allappreciate the efforts of the athletes and acknowledge their abilities. We truly have an international crew on the ISS: three Russian cosmonauts, one Japaneseastronaut and two American astronauts (one of Indian descent and one of PuertoRican descent).  While we work together as one team we still maintain ournational pride.  Just like watching a basketball game with your buddy thatis from a different city, we give each other a hard time but congratulate withsincerity the winning team or individual.  It is easy to see why we dothis when you look out the window from the ISS.  We all come from the sameplace, Planet Earth. 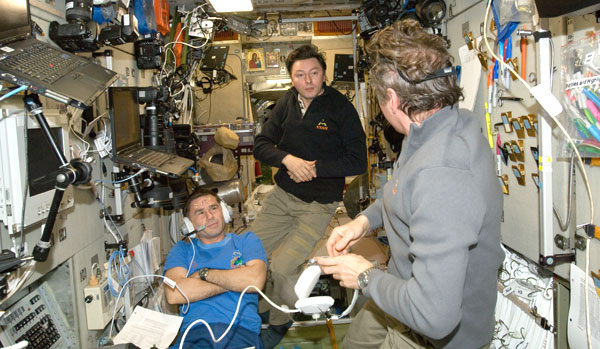 The other aspect of the Olympics that makes even thenon-sports fan enjoy these games is the personal stories of the athletes. Each athlete has taken their unique path to the games, just as each of us walkson his own unique path.  Even though we come from different places, we canall relate to many of the obstacles the athletes have faced and overcome. A common theme heard from all the athletes is their pride in representing theircountry and the hard work they have put in.  I understand as I am proud torepresent the United States and the Puerto Rican community as anAstronaut.  Gennady, Yuri, and Sergey feel the same about Russia; as doesAki with Japan and Suni with the US and India.  However, you don’t need tobe an Astronaut or an Olympian to be proud of where you come from or what you do. As a school teacher, I was proud of the work I did to help develop our futureleaders.  I think watching the Olympics reminds usthat we share one planet and that we can respect one another no matter what ourdifferences, yet at the same time we can be proud of who we are and what werepresent.  I look forward to another week of great competition andsportsmanship and of course work.  We have a lot of cool things plannedfor this week.  Keep an eye out for Curiosity.