What an exciting day! The mission is officially a GO!

The Mobile Mission Control Center was buzzing as the mission support team awaited the crew’s departure… We waved from the dock as the boat pulled away to send the NEEMO 14 crew to their underwater home for two weeks. After all of the equipment and supplies were brought down to Aquarius by the support divers, the crew took one last look at the sky and sun, and then DOVE down to the 60 foot depths!

It was cool to watch the Aquarius webcams, which show views of the inside and outside of the habitat… For a while we saw only fish (and a LOT of them), but then suddenly we saw our NEEMO 14 crew! 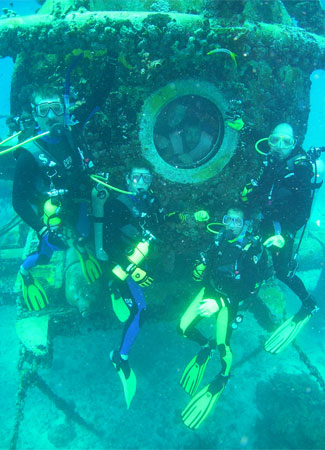 The crew entered the hab, and the first order of business was to get unpacked, oriented in their new home and perform communication checks between the Aquarius and the topside crew supporting the Mission Control Center. After a quick lunch, it was time to get to work. 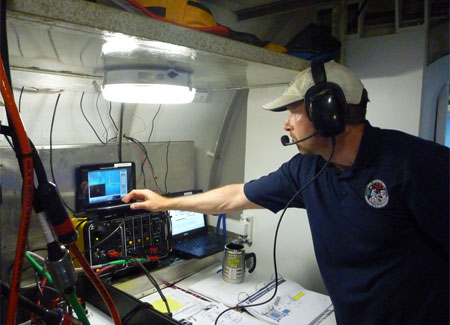 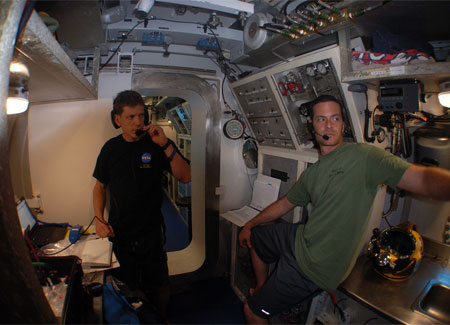 Commander/CSA Astronaut Chris Hadfield and Steve Chappell were the first crewmembers to kick-off the extravehicular activities (EVAs) for the mission. During their excursion, they performed dives to become familiarized with the SuperLite dive helmet, various experiment mockups and the surrounding environment that they will be working in over the next two weeks. 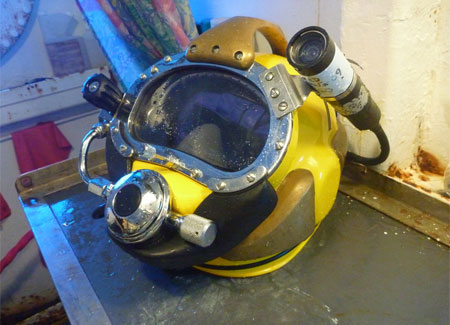 Up close and personal with the SuperLite helmet. 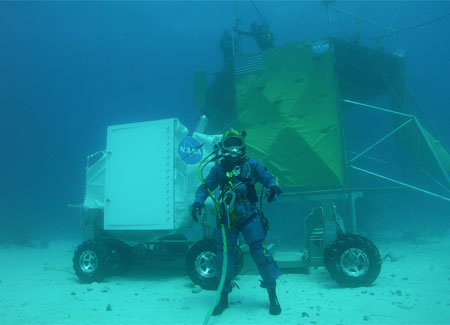 Crew familiarization of surroundings, procedures and mockups during Mission Day 1.

Once the first EVA was complete, NASA Astronaut Tom Marshburn and Andrew Abercromby ventured into the depths of the ocean to perform the same familiarization tasks and prepare themselves for the major EVA tasks ahead.

Following the EVAs, the crew members were able to get back into their new home to complete their reports, eat some spaghetti and relax for the next big day!