Mission day 12 was a continuation of the exploration of the Conch Reef environment surrounding the Aquarius habitat to sample locations discovered during mission day 11. To assist the topside scientists, the ROV (Remotely Operated Vehicle) was operated in “fly” mode which means that it was neutrally buoyant and was better able to track the aquanauts in the maze of coral reef fingers found in the fore-reef zone. The fore-reef zone is the seaward side of the reef where corals that can grow in high-energy environments are found.

For more information on the different reef zones, visit Stanford University’s Microdocs project for an overview and short documentary. 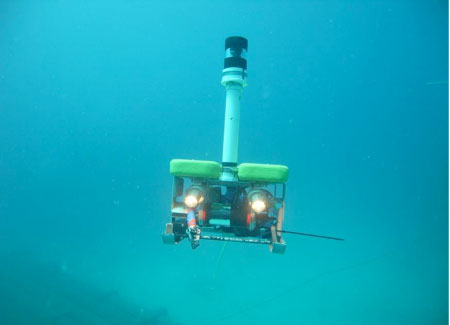 Up close and personal with the “flying” ROV during mission day 12 exploration of the Conch Reef. 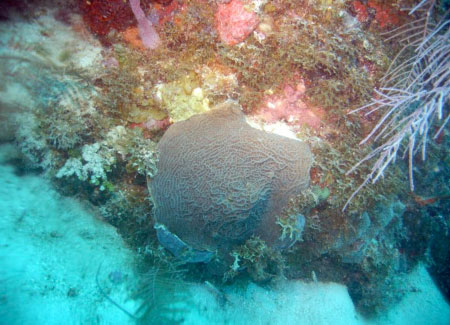 Some of the amazing coral seen during the exploration traverse extravehicular activities (EVAs) during mission day 12.

During the NEEMO 14 mission, Project CASPER (Cardiac Adapted Sleep Parameters Electrocardiogram Recorder) completed mission objectives and collected scientific data with regard to a sleep experiment which built upon lessons learned from spaceflight information. The newly gathered data set focused on the Aquarius crew during the NEEMO mission.

Monitoring the sleep stability of the crew is important both for NEEMO and spaceflight because if the aquanauts suffer sleep disruption it can affect everything from mood, to concentration and memory, which could have a negative a effect on the mission. CASPER offers a portable, practical and repeatable method of monitoring sleep stability in a spaceflight and space analog environment like NEEMO. For more information on Project CASPER, check out the Project CASPER website. 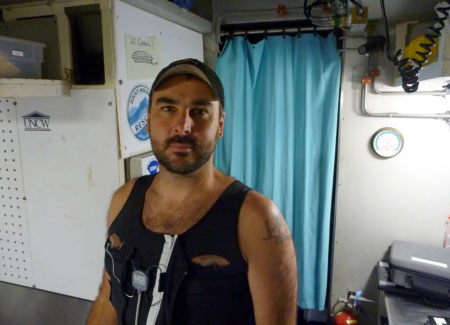 While these interviews were occurring with the IVA crewmembers, our divers were also supporting an educational event that represented different gravity pulls. For example, one of the aquanauts was weighed to lunar gravity, one was weighed to Martian gravity, and our support diver, Brian, was weighed to a potential asteroid gravity. This awesome demonstration will be uploaded to our YouTube channel at https://www.youtube.com/NASAanalogTV.