by Tracy Gill
Tracy Gill is on the management team of the Habitat Demonstration Unit (HDU) project, which brings together a multi-center team of NASA architects, scientists and engineers, working together to develop sustainable living quarters, workspaces, and laboratories for next-generation space missions.

This is an exciting time for the Habitat Demonstration Unit (HDU) team as we are deploying our first hardware to the field for the Desert RaTS 2010 campaign. We have built a version of a Habitat called the Pressurized Excursion Module (PEM). In exploration architecture studies, the PEM would actually ride across a planetary surface atop the ATHLETE rover in concert with Space Exploration Vehicle rovers. For Desert RATS, it would be extremely difficult and costly to come up with something to transport an element as large as the HDU-PEM across the desert in Earth’s gravity, so we decided to have the rovers rendezvous with the PEM at two different locations in this year’s activities.

We are pretty proud of the HDU-PEM contribution to Desert RATS. We built a coalition of the willing from 7 different NASA centers where we leveraged existing technology development projects and center innovation funding and strategically put them together to build an integrated technology and architecture test bed. We spent most of the past year in JSC’s Building 220 taking PowerPoint concepts and turning them into real hardware. Of course it got crazy at the end of the flow, as we rushed to put things together in “final” configuration before we conducted dry run exercises at the JSC rock yard, and as it turns out, we’ll actually see the “final” configuration for this year’s version when we get to Arizona and install a few last minute items like additional lighting and work platforms. 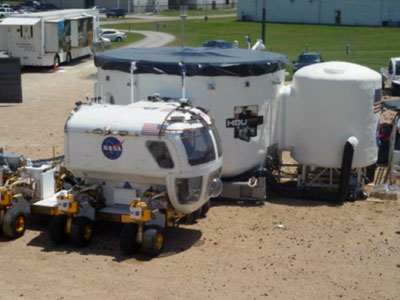 We actually got the HDU-PEM and its airlock packed and loaded for transportation on August 16 and on the way to Arizona August 17. It was anticipated that we needed about a week to transport a super-sized load like the HDU because of the restrictions in place for an object of this width and height. We’ll be unloading and starting our setup on August 25, and we’re ready to roll to support Desert RATS 2010. 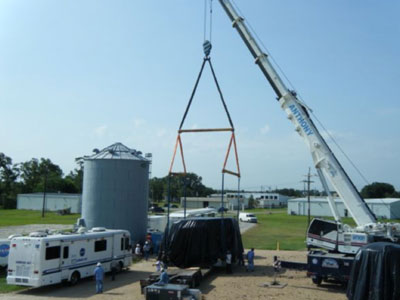 Loading the Habitat Demonstration Unit at the JSC Rock Yard on Aug 16, 2010 for transportation. 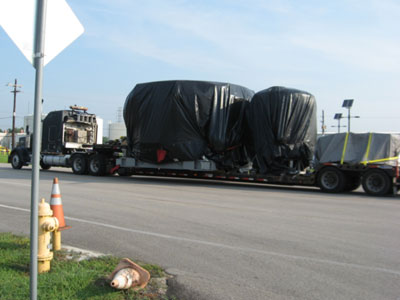 The Habitat Demonstration Unit and Airlock departing JSC on August 17, 2010 for Desert RATS in Arizona.

One thought on “Habitat Demonstration Unit”