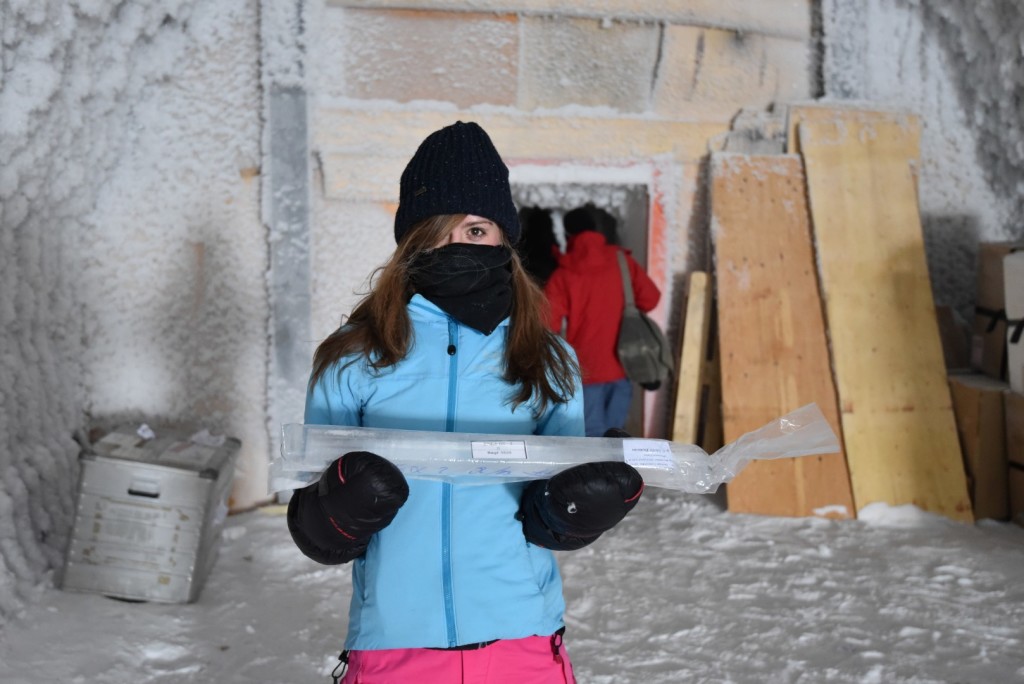 Follow Beth Healey, a 28-year-old medical doctor from London, through her 14-months at the Concordia Station ending in January 2016 as a European Space Station researcher. Here is an excerpt from her blog and a link to Part 2: Chronicles from Concordia.

I was lucky enough to be allowed to stay in the cockpit for the landing at the coastal station and watched in awe as we touched down smoothly onto the ice runway. We had arrived at the entrance to this frigid world… As we flew in over the mainland, the full magnificence of the place became obvious. As Scott, the polar explorer long before me, had put it in his journals, Antarctica “satisfies every claim of scenic magnificence.” He was right.