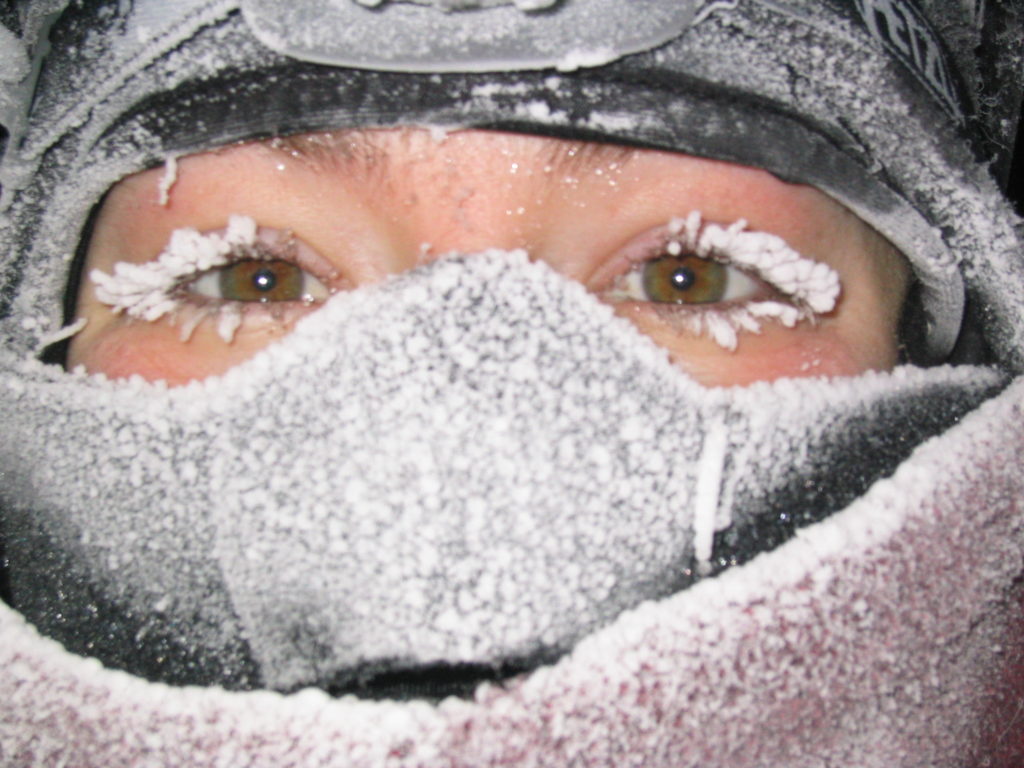 A trip to the Red Planet begins long in advance of liftoff. NASA’s journey to Mars includes preparing astronauts to cope with several months of isolation, confinement, and in an extreme environment (identified with the acronym ICE). One of the best ways to study this on Earth is by observing others who also spend several months on actual ice in Antarctica.

NASA and the National Science Foundation (NSF), which manages the U.S. Antarctic Program, have a new collaborative agreement to study the effects of living in the polar environment.

In an initial research collaboration, a study developed and led by Dr. Candice Alfano, a clinical psychologist and associate professor at the University of Houston, will analyze people who work in Antarctica for long periods of time.

It’s relatively simple to place subjects in isolation or confinement for the purpose of studying mood and behavior, but the extreme environment element is harder to find.

Sometimes called “White Mars,” Antarctica is perfect because “you can’t walk off the ice. That goes for whether you’re having a health, behavioral health or a personal issue, you’re not going anywhere,” said Lisa Spence, project manager for NASA flight analogs in the Human Research Program. “That is very similar to spaceflight. It changes your mindset about how you are going to respond when you know you can’t leave.” 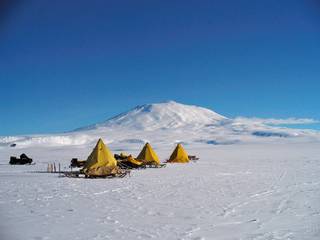 Training camp set up on the foot hills of Mt. Erebus near McMurdo Station in the Antarctic.Credits: NASA

Just how extreme is the extreme environment of Antarctica at the South Pole? Not only is 98 percent of the continent covered in ice, but it also has extreme winds and an average temperature range of minus 49 to 26 degrees, making it the coldest place on Earth. At the South Pole, the sun disappears for months at a time. Known as “The Polar Night,” the sun goes behind the horizon in late April and is not seen again until mid-September.

Once the sun is down, you could be stuck there. It is unsafe for airplanes or ships to travel to most parts of Antarctica during the winter because of the extremely cold temperatures and sea ice.

NASA astronaut Christina Hammock Koch has spent many seasons at various Antarctic and Arctic stations helping scientists conduct research remotely, including a year at the South Pole. “[This] means going months without seeing the sun, with the same crew, and without shipments of mail or fresh food,” she said. “The isolation, absence of family and friends, and lack of new sensory inputs are all conditions that you must find a strategy to thrive within.”

While certainly a difficult situation, Koch found ways to cope. She exercised, found hobbies, socialized with others in the station, and saved care packages to open at later times. She also said, “The most helpful strategy I developed was to avoid thinking about all the things I was missing out on and instead focused on the unique things in the moment that I would never get to experience again.”

These factors combine to create an atmosphere suitable for the NASA, NSF and UH study. The study, scheduled to begin in February 2017, will include approximately 110 U.S. Antarctic program volunteers located at the McMurdo and South Pole stations.

Map showing the locations of McMurdo and South Pole Stations on the continent of Antarctica.

“McMurdo is a coastal station with a population of around 250 people during the winter, or the Northern Hemisphere’s summer. Evacuation, though difficult, is possible. In contrast, the South Pole is far inland near the center of the continent and can have temperatures of -100°F. Evacuation is simply not possible in winter,” Dr. Alfano said.

By studying volunteers from both stations, researchers hope to more precisely understand the greatest sources of stress. Volunteers will complete periodic computer-based questionnaires, provide saliva samples, and wear a monitor that records sleep and wake cycles. Researchers will use these collective tools to look for signs of stress and changes in psychological health of the volunteers during their time in Antarctica.

The plan is to refine and finalize a checklist to be used to “provide an efficient means of monitoring signs and symptoms that a behavioral condition may be developing. Therefore, allowing early detection and early intervention,” Lauren Leveton, Ph.D., of NASA’s Behavioral Performance team said.

This checklist will be useful to NASA in relation to future space travel, but Alfano points out it will have other applications as well, such as among deployed military personnel.

Simultaneously to Alfano’s study, the NASA and NSF partnership will deploy NASA clinical staff to Antarctica, which will give NASA’s medical personnel (flight surgeons) a unique chance to treat individuals in the extreme environment. Participating flight surgeons will be on rotation during summer or winter-over stays.

At the Johnson Space Center, NASA flight surgeons are on call around the clock for remote consultations with astronauts who are on International Space Station missions. Allowing these doctors to work in the Antarctic environment will give them additional training to call upon when consulting with the astronauts during future long duration, deep space missions, including the journey to Mars.

“The first-hand experience of living and working at McMurdo and the South Pole will be invaluable for the flight surgeons’ grasp of what astronauts encounter during long duration spaceflight,” Dr. Terrance Taddeo, Johnson Space Center Chief Medical Officer, said.

“This is a win-win,” Spence said. “Not only are NASA’s flight surgeons gaining a better understanding of the ICE environment of the astronauts they work with, but NSF’s Antarctic clinics will have additional onsite medical expertise.”

As NASA prepares for future human missions to Mars, keeping the astronauts safe on the journey is a top priority. The southernmost continent on Earth will provide researchers with the perfect analog for studying the behavioral health effects of an extreme environment.