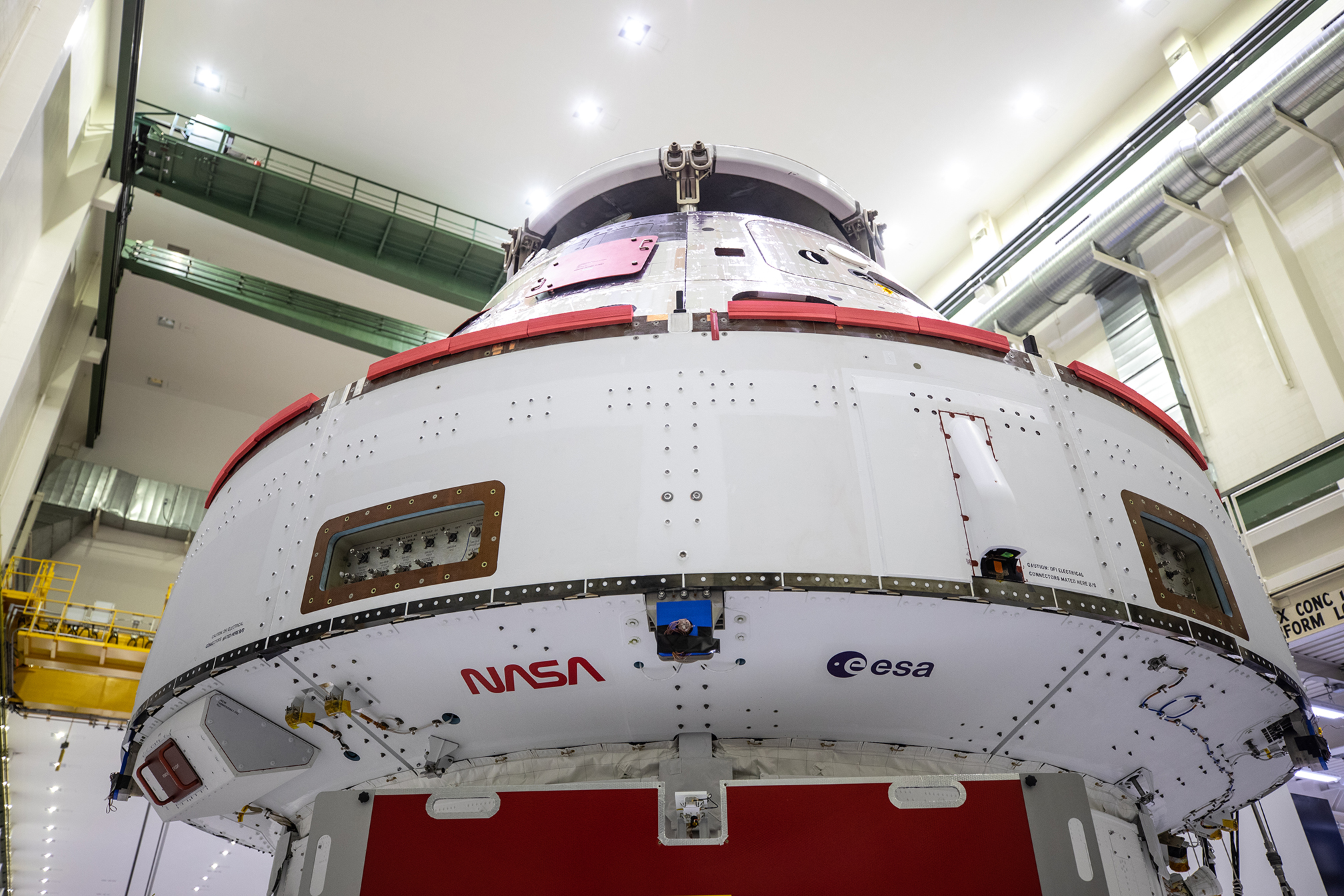 NASA is headed back to the Moon as part of the Artemis program – and the agency’s “worm” logo will be along for the ride on the first integrated mission of the powerful Space Launch System (SLS) rocket and Orion spacecraft. Teams at NASA’s Kennedy Space Center in Florida have applied the historic logo in bright red on visible parts of the Artemis I rocket and spacecraft. 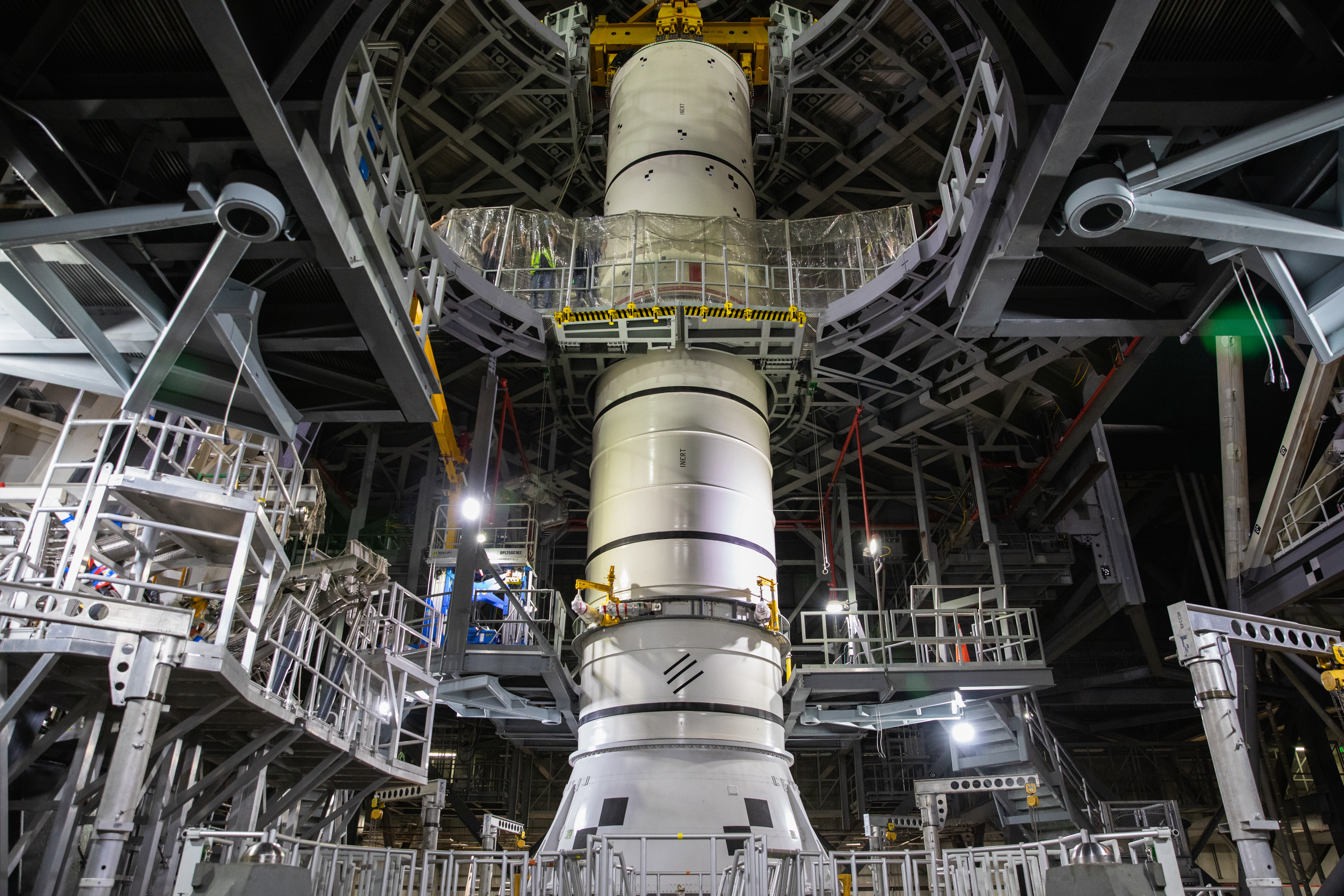 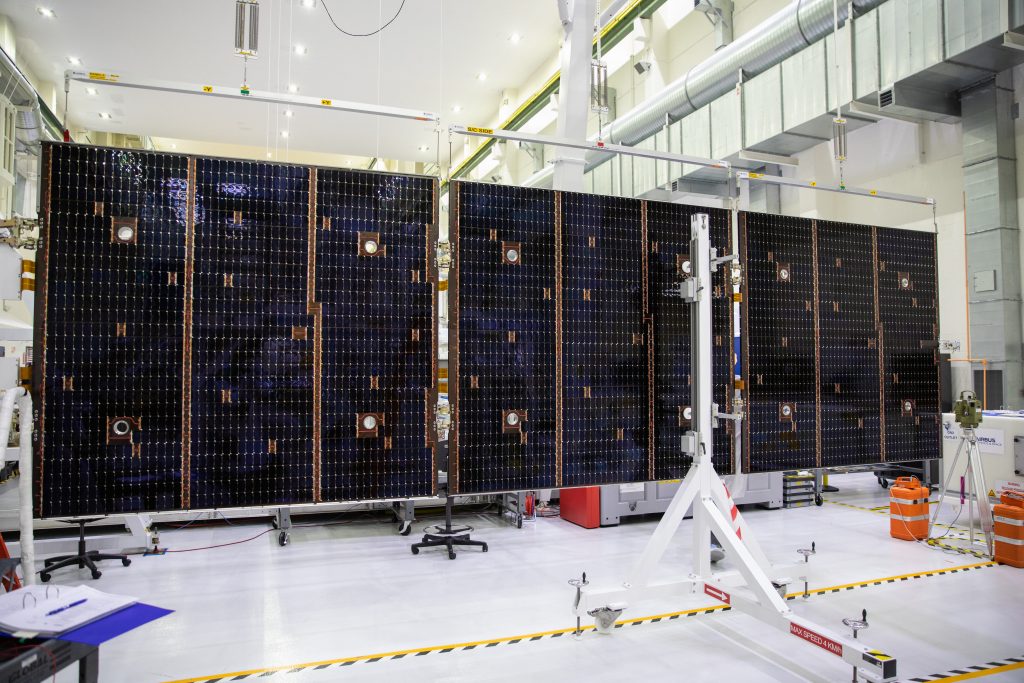 Final systems checks for NASA’s Space Launch Systems (SLS) Flight Support Booster-1 (FSB-1) test are complete and the test conductor has given the ground test a “go.” The test fire is scheduled to begin at 1:05 MDT, 3:05 p.m. EDT. Watch the FSB-1 test live on NASA Television or the agency’s website.

NASA’s Space Launch System (SLS) Flight Support Booster-1 (FSB-1) test is in a scheduled hold of the countdown. The hold allows time for remaining personnel to evacuate the test area to their designated locations. The test team will also check motor temperatures and confirm data acquisition systems are ready to record. The test fire is scheduled for 1:05 MDT 3:05 p.m. EDT.

Live coverage of NASA’s Space Launch System (SLS) Flight Support Booster-1 (FSB-1) ground test has begun on NASA Television and the agency’s website. The test fire is scheduled to begin at 3:05 EDT. Systems checks are underway for the full-scale, five-segment solid rocket booster ground test at Northrop Grumman’s test facility on Promontory, Utah. This is the first in a series of tests that are examining motor performance for potential new materials and processes that may be incorporated in the booster after the Artemis III lunar mission.