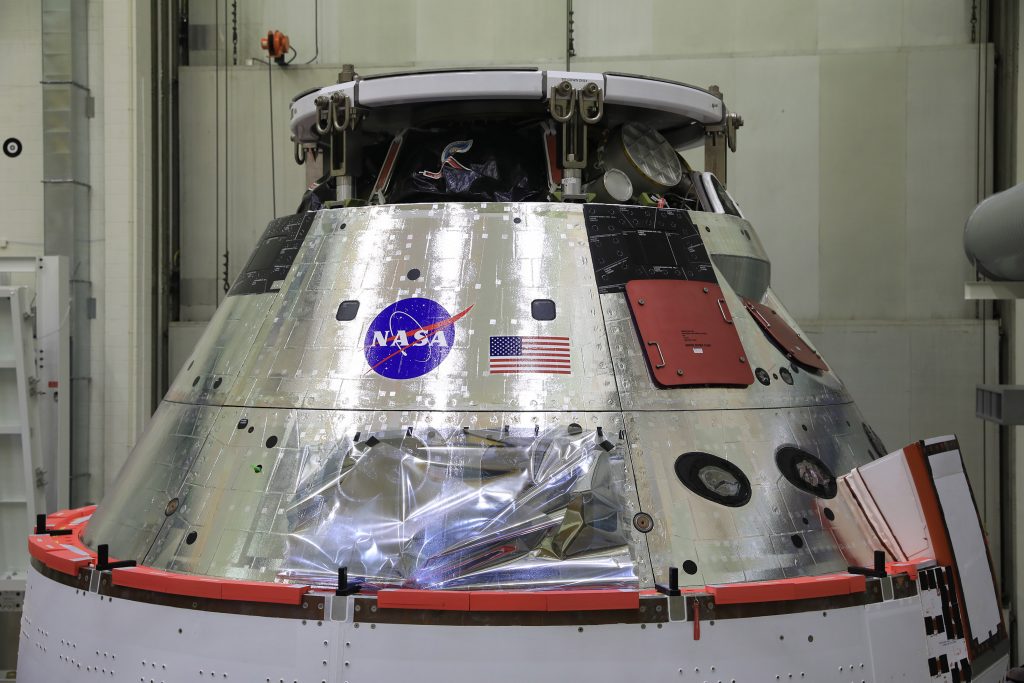 Technicians with the lead contractor for Orion, Lockheed Martin, adhered the NASA insignia, known as the “meatball,”  and an American Flag to the back shell of the spacecraft’s crew module for Artemis I. Final assemblies are well underway for Orion as teams progress toward next year’s launch. The spacecraft will soon be fueled and fitted with the launch abort system and other ground system elements in preparation to take its place atop the powerful Space Launch System rocket.

Read more about the other markings on Artemis I