In a test readiness review on Friday, Dec. 4, NASA gave the “go” to start the next Green Run test, wet dress rehearsal, for NASA’s Artemis I Space Launch System (SLS) rocket core stage. The wet dress rehearsal is the first time the stage will be fully loaded with propellants and is planned to last approximately 48 hours. The test will begin on Saturday, Dec. 5 by powering up the core stage avionics, and engineers plan to load more than 700,000 gallons of cryogenic, or supercooled, propellant on Monday, Dec. 7.

This is the seventh of eight Green Run tests for the Artemis I core stage built by Boeing and the four RS-25 engines manufactured by Aerojet Rocketdyne. For this test, the team will focus on the core stage’s first exposure to cryogenic propellants. Six barges filled with liquid hydrogen and oxygen are supplying the propellant to the B-2 test stand at NASA’s Stennis Space Center near Bay St. Louis, Mississippi where the Green Run tests are taking place.

Engineers will monitor the core stage’s giant propellant tanks and complex propulsion systems for potential leaks or other issues that stages have historically experienced the first time cryogenic propellants are loaded. To prepare for Artemis launches, engineers also will put the stage through scenarios it might experience on the pad before lift-off. They plan to conduct two different holds in the countdown timeline while the stage is in a launch-ready state. This provides an opportunity to observe how the stage would respond if the countdown was paused during the upcoming hot fire test or a future Artemis launch. At the end of the test, all the propellant will be drained following similar procedures that would be used during a launch scrub on the pad. After draining the tanks, the team will review the test data before proceeding with plans for the hot fire test.

Check back at this blog for progress on the SLS core stage wet dress rehearsal. Learn more about Green Run here. 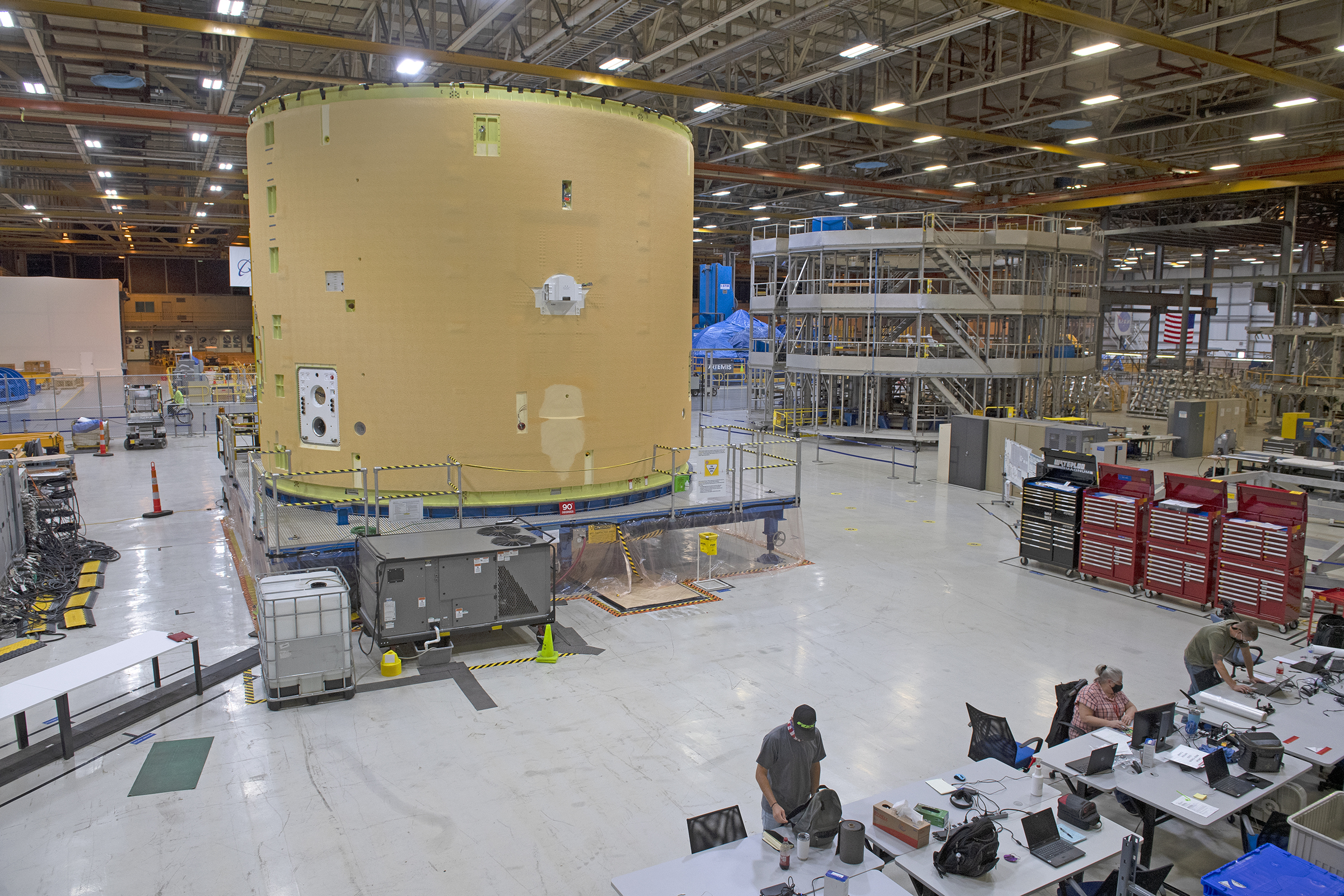