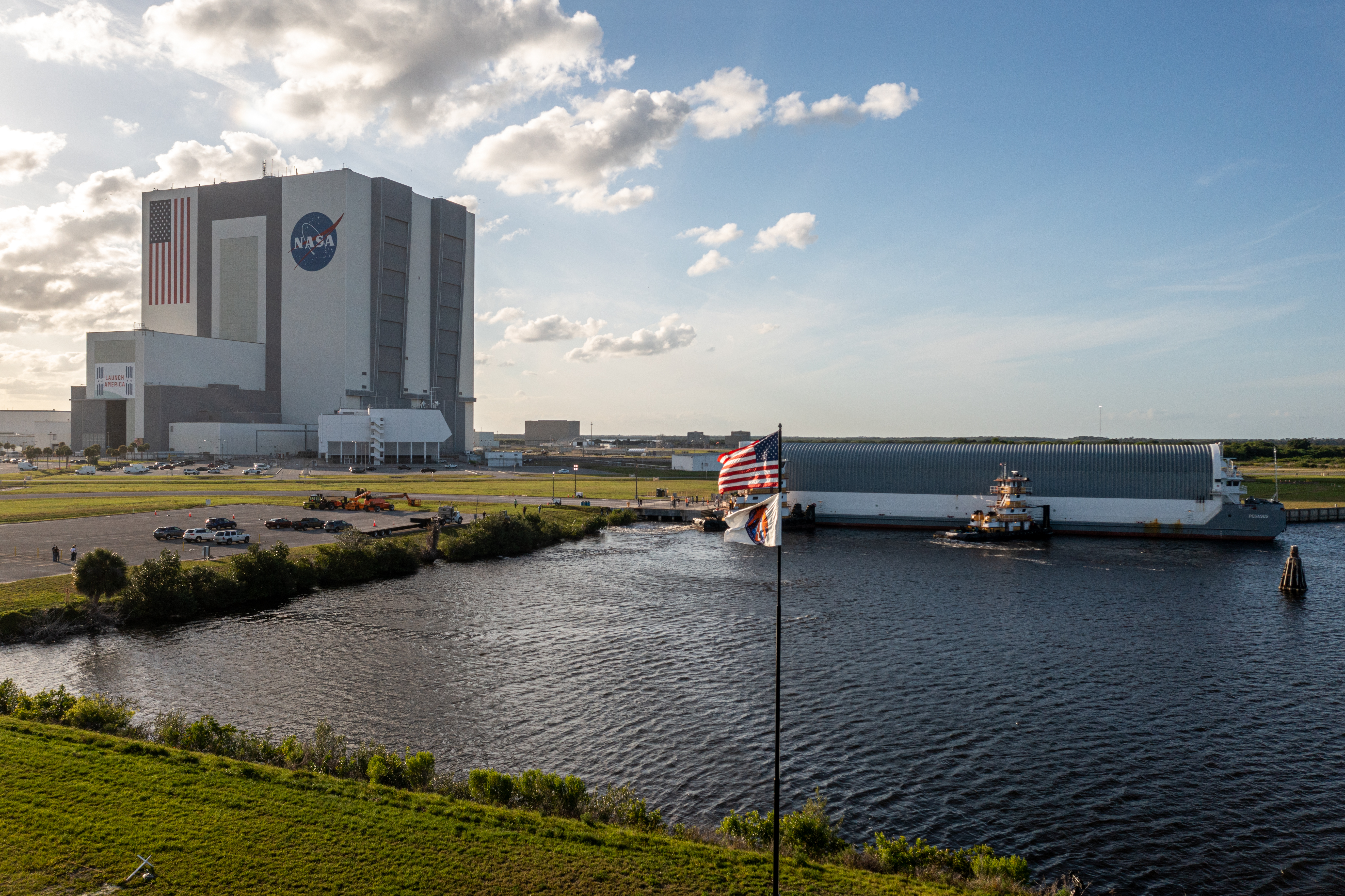 The final piece of NASA’s Space Launch System (SLS) rocket that will send NASA’s Artemis I mission to the Moon has arrived at the agency’s Kennedy Space Center in Florida.

The SLS Program delivered the core stage rocket to the center’s Launch Complex 39 turn basin wharf after completing a successful series of Green Run tests at Stennis Space Center in Mississippi. The 212-foot-tall core stage, which is the largest rocket stage NASA has ever built, completed its voyage aboard the agency’s Pegasus barge on April 27. After a 900-mile journey, teams aboard the barge, which was modified to support SLS’s weight and length, safely piloted the specialized self-sustaining vessel to the spaceport.