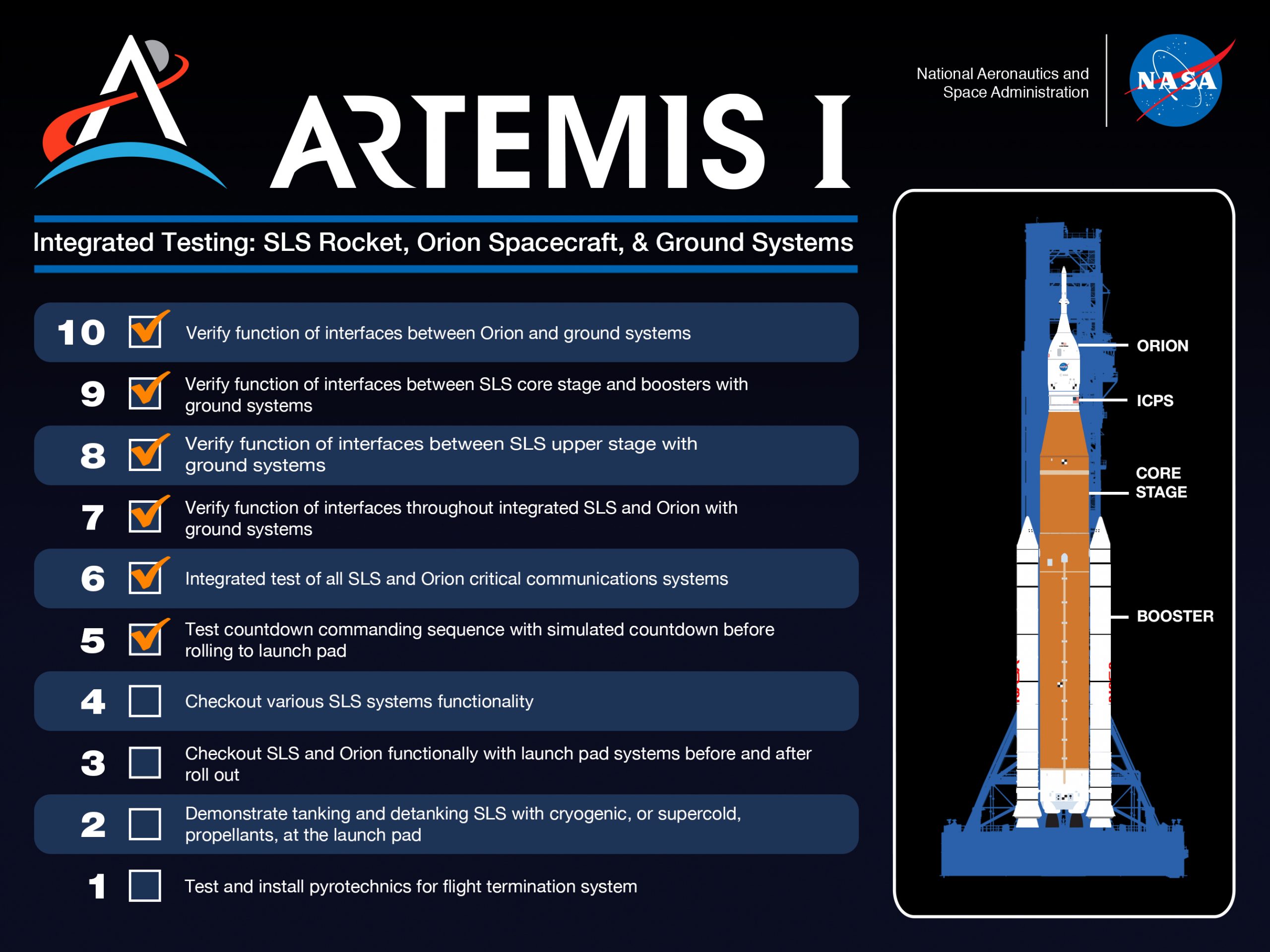 Engineers and technicians successfully completed a second countdown sequencing test on Jan. 24 inside the Vehicle Assembly Building at NASA’s Kennedy Space Center in Florida. This is one of the final tests for the SLS rocket and Orion spacecraft ahead the Artemis I mission, and brings the team one step closer to rolling to the launch pad in mid-February for the wet dress rehearsal test.

Up next the team will work to complete the final program specific engineering tests for the Artemis I mission. With the countdown sequencing test complete, Exploration Ground Systems teams will continue doing final checks and closeouts of the Moon rocket in preparation for the wet dress rehearsal test next month. For wet dress rehearsal, engineers will fully load SLS with propellant, and the team on the ground will run through all the pre-launch operations to prepare for the Artemis I launch.