The rocket and spacecraft for NASA’s Artemis I mission has fully left Kennedy Space Center’s Vehicle Assembly Building (VAB) for the first time on the way to Launch Complex 39B for a wet dress rehearsal test.

The team is in a planned pause outside the building to retract the Crew Access Arm (CAA). The arm interfaces with the Orion spacecraft stacked atop the Space Launch System (SLS) rocket to provide access to the Orion crew module during operations in the VAB and at the launch pad. On crewed Artemis missions beginning with Artemis II, the access arm also will provide entry and exit for astronauts and payloads that will fly aboard. Several days before the rollout began, the arm was moved closer to the rocket to fit through the VAB door. Engineers are extending it to lock it in its travel position.

Once the CAA retraction is complete, the team will continue the four-mile trek to Launch Complex 39B.

The Space Launch System rocket and Orion spacecraft for the Artemis I mission are rolling to Launch Complex 39B at the Kennedy Space Center in Florida for the very first time. At about 5:45 p.m. ET, with the integrated SLS and Orion system atop it, the crawler-transporter began the approximately 4-mile, journey from the Vehicle Assembly Building (VAB) to the launch pad. Once outside the VAB high-bay doors, the Moon rocket will make a planned pause allowing the team to reposition the Crew Access Arm before continuing to the launch pad. The crawler-transporter will move slowly during the trek to the pad with a top cruising speed of .82 mph. The journey is expected to take between six and 12 hours.

After they arrive at the pad, engineers will prepare the integrated rocket and Orion spacecraft for a critical wet dress rehearsal test that includes loading all the propellants

Earlier today, engineers and technicians at NASA’s Kennedy Space Center in Florida drove Crawler Transporter-2, which will carry NASA’s Moon rocket to the launch pad, to the doors of the Vehicle Assembly Building (VAB). Soon, the 6.6-million-pound crawler will go inside the VAB and slide under the Space Launch System rocket and Orion spacecraft placed on the Mobile Launcher. Technicians will finish up preparations to transport the rocket traveling at a top speed of 1 mph to Launch Complex 39B for a wet dress rehearsal test ahead of the Artemis I launch.

This week, the Kennedy team also completed painting the NASA worm logo on the Space Launch System solid rocket boosters. While painters added parts of the iconic logo before the segments were stacked, they had to wait until the boosters were fully assembled to finish the job.

In addition, the team has continued to retract the 20 platforms that surround the Space Launch System rocket and Orion spacecraft ahead of rollout on March 17 for the wet dress rehearsal test. The wet dress rehearsal will be the final major test for the Artemis I mission and will ensure the rocket, spacecraft, ground equipment and launch team are “go” for launch.

The third of five sets of solid rocket boosters for NASA’s Space Launch System (SLS) rocket were placed on the mobile launcher inside the Vehicle Assembly Building (VAB) at NASA’s Kennedy Space Center in Florida. The middle segments, painted with the iconic “worm” logo, were lifted onto the launcher by Jacobs and Exploration Ground Systems engineers using the VAB’s 325-ton crane.

The twin boosters will power the first flight of the agency’s new deep space rocket on its first Artemis Program mission. Artemis I will be an uncrewed flight to test the SLS rocket and Orion spacecraft as an integrated system ahead of crewed flights. 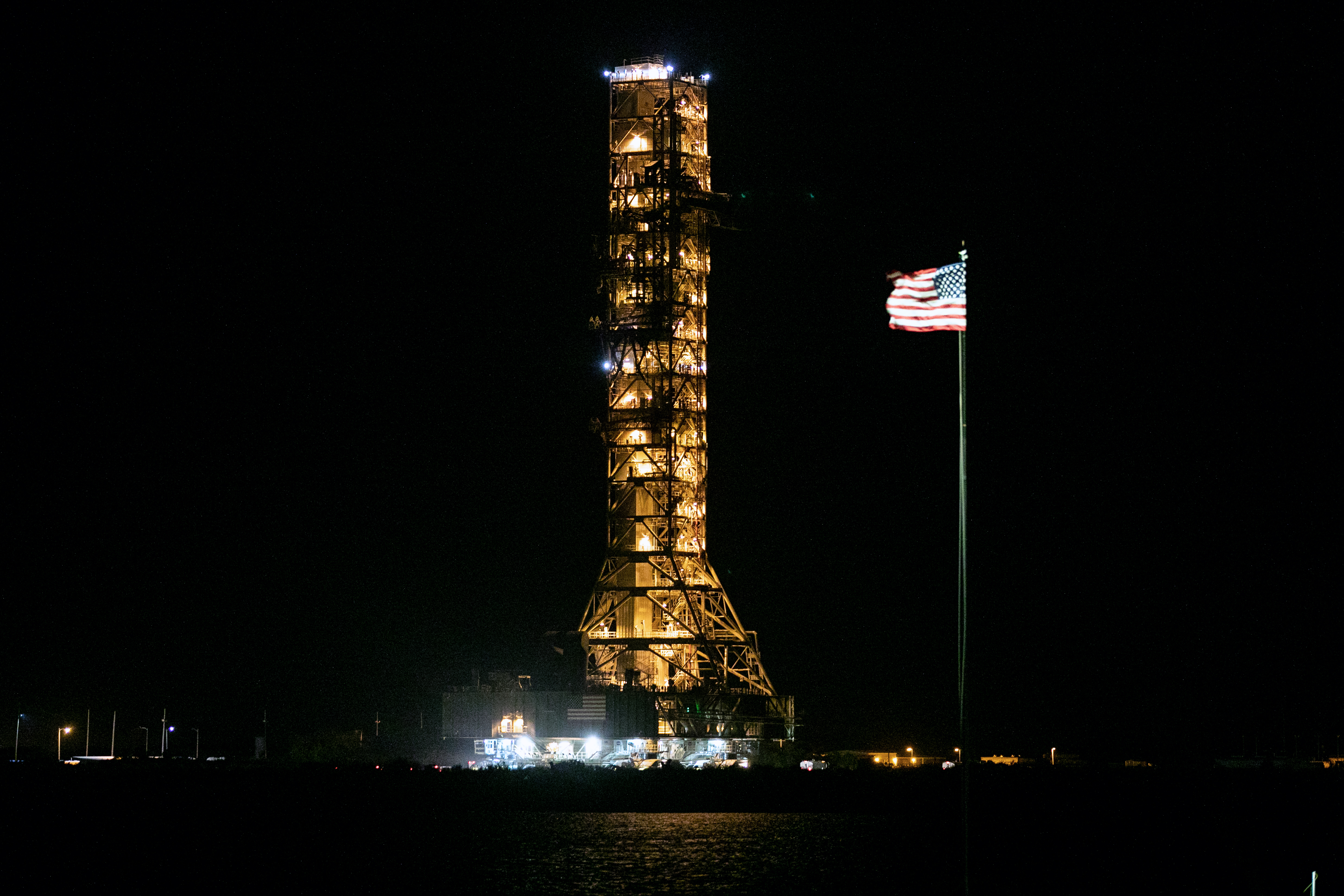