Cassini Scientist on the Visual and Infrared Mapping Spectrometer 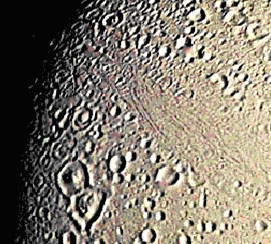 When I was a graduate student at Cornell University, studying Enceladus with Voyager images, I had this sneaking suspicion that the little moon had active geysers, spewing fresh material into outer space. Why? Because Enceladus is so bright – this gleaming object reflects light as if it were covered in fresh, bright snow. No other body in the Solar System looks quite like it. Voyager never saw the plumes because it flew over the northern hemisphere of Enceladus (Figure 1). The plumes are on the south pole.

So you can imagine how exciting it is to be here at JPL, 27 years later, studying the intriguing surface of Enceladus and its plumes. This moon has literally been a life-long passion of mine. Every time Cassini encounters Enceladus, I feel as if I were right there, in my own personal observatory whizzing by the moon. This time, we are coming within 50 kilometers (30 miles) of the surface, and “all eyes” (cameras and spectrometers) onboard will be peering intently as the moon gets closer and closer. 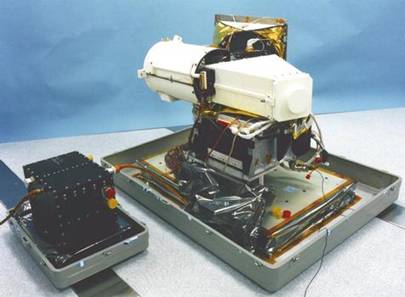 Figure 2. The Visual Infrared Mapping Spectrometer under construction in a laboratory at JPL (it’s now orbiting Saturn!). The mass of VIMS is 37 kg (82 lbs) and its longest dimension is 78 cm (31 inches). It uses only 22 Watts of power.

I am a member of the Visual Infrared Mapping Spectrometer (VIMS, seen in Figure 2) team, led by Dr. Robert Brown of the University of Arizona. During the flyby, VIMS will be taking images of Enceladus in 356 wavelengths (colors) in the visible and infrared part of the spectrum. When we think of the infrared, we think of heat. One thing Cassini scientists don’t know yet is how hot the hottest parts of the tiger stripes are. If we could detect temperatures at or near the melting point of water, we would know for sure that there is liquid water – maybe even an ocean – under the surface of the moon. The Cassini Composite Infrared Mapping Spectrometer (CIRS) has detected and mapped the thermal energy around the tiger stripes.  During the past three targeted flybys, VIMS, which is only sensitive to much hotter temperatures than CIRS, didn’t detect any thermal energy. But the question now is: are we looking at a tiny area that is very hot, or at a larger area that is not so hot? With the much better spatial resolution attained during today’s flyby, VIMS may be able to observe small hot spots.

Another “hot” topic that interests our team is the presence of organic materials on Enceladus. The moon is almost pure water ice, but we think we found some light organics during our previous flybys. “Organics” are materials composed of hydrogen, carbon, oxygen, and nitrogen, the building blocks of life. With liquid water and the presence of organic material, the conditions on Enceladus may be similar to those in the oceans where life arose on the young Earth.

I am sure that Nature will have more surprises for us in the days ahead.