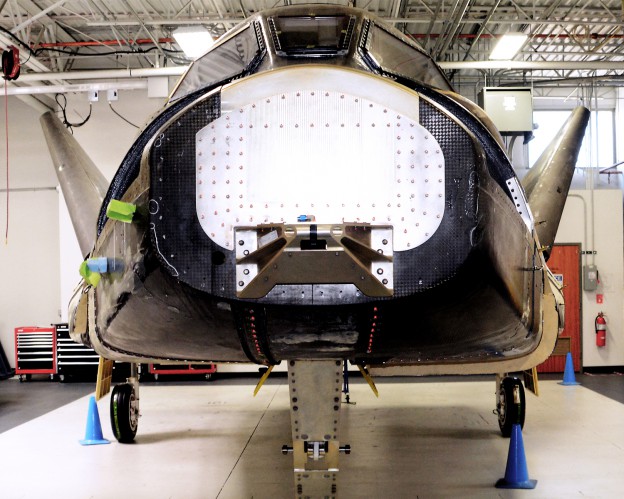 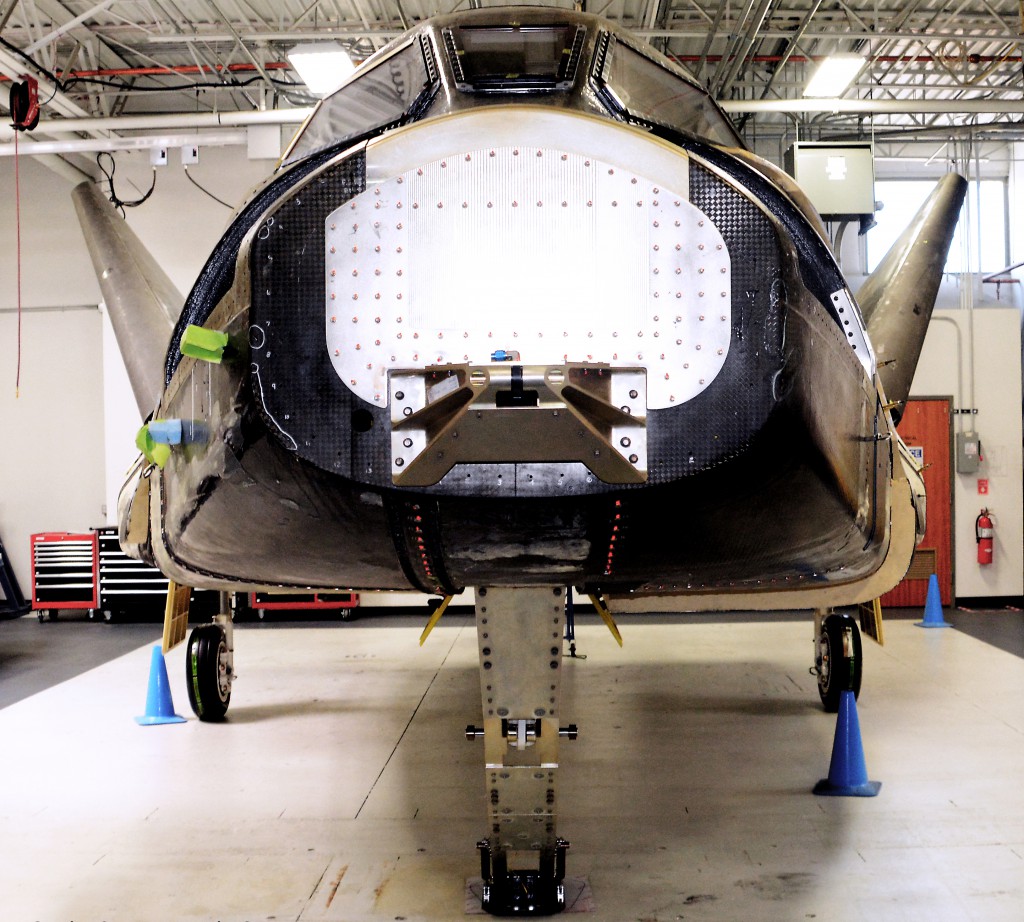 Sierra Nevada Corporation’s Dream Chaser engineering test article is being prepped for its second free-flight test at NASA’s Armstrong Flight Research Center in California later this year. The flight test is a milestone under NASA’s Commercial Crew Integrated Capability (CCiCap) agreement with SNC.  The wings, windows and landing gear are installed. The Dream Chaser’s the nose skid will have thermal protection system tiles on the vehicle, manufactured at Kennedy Space Center’s Thermal Protection System Facility, for the flight test. The performance of the tiles will be assessed following the touch down on the runway.

SNC will share their thermal protection system work and a status of the Dream Chaser spacecraft to media and social media attending CRS-7 activities at Kennedy Space Center next week.