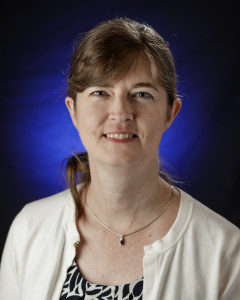 By Steven Siceloff
NASA’s Kennedy Space Center, Fla.
Launch day is a finish line of sorts for Karen Reilley, a NASA attorney based at the agency’s headquarters in Washington, D.C., who was recently recognized with a Silver Achievement Medal for her work with the Commercial Crew Program.

Working for months on contracts and then sometimes years through design and processing details, Reilley enjoys the captivating nature of a liftoff as much as anyone, but gets the added flavor of having played a role in helping the rocket leave the ground.

“Standing there for EFT-1, seeing it launch like that was really a great feeling,” she said, noting her work with Orion’s first flight test in December 2014. “It gives you such good perspective of how everything works and fits together to get to that point when the launch happens.”

After working with the complexities of the Commercial Crew Transportation Capability, or CCtCap, contracts awarded last year to Boeing and SpaceX, Reilley gets closer every day to seeing the first Commercial Crew flight tests launch. Those will lead to operational missions taking astronauts to the International Space Station where they can enhance the research performed above Earth every day with an eye on making NASA’s journey to Mars a success.

Those first flights will be significant milestones for NASA because the development roadmap for commercial crew has been significantly different than previous human-rated spacecraft development.

“NASA has done commercial activities for quite a while and this really takes it to another level,” Reilley said. “It’s very complex and it requires a lot of problem-solving.”

Because the approach was new, with NASA seeking industry partnerships from component design to complete space systems, the agency tried to build on the previous successful contract architectures from commercial cargo transportation arrangements. The agreements used by NASA’s Launch Services Program were also consulted.

“Each time NASA does one of these contracts, it really builds on each other,” Reilley said.

Another complicating element is the involvement of other agencies to a greater degree than before, especially the Federal Aviation Administration, or FAA.

“We really have to work together,” Reilley said. “It’s not about who’s in charge, but it’s about who needs to do what to have a successful program. Sometimes that includes a cultural challenge, not just a legal or technical challenge. So being flexible is really important.”

Reilley came to NASA in 1995, when she accepted a position in the legal office at Langley Research Center in Hampton, Virginia. Close to her law school alma mater at the College of William & Mary in Williamsburg, Virginia, Langley would offer Reilley a chance to work closely with aerodynamic research agreements. Later she worked at Johnson Space Center in Houston where she garnered spaceflight expertise before moving to Washington, D.C.

“I’ve seen the space exploration side, the aero side and the science, which has been a fabulous experience,” Reilly said.