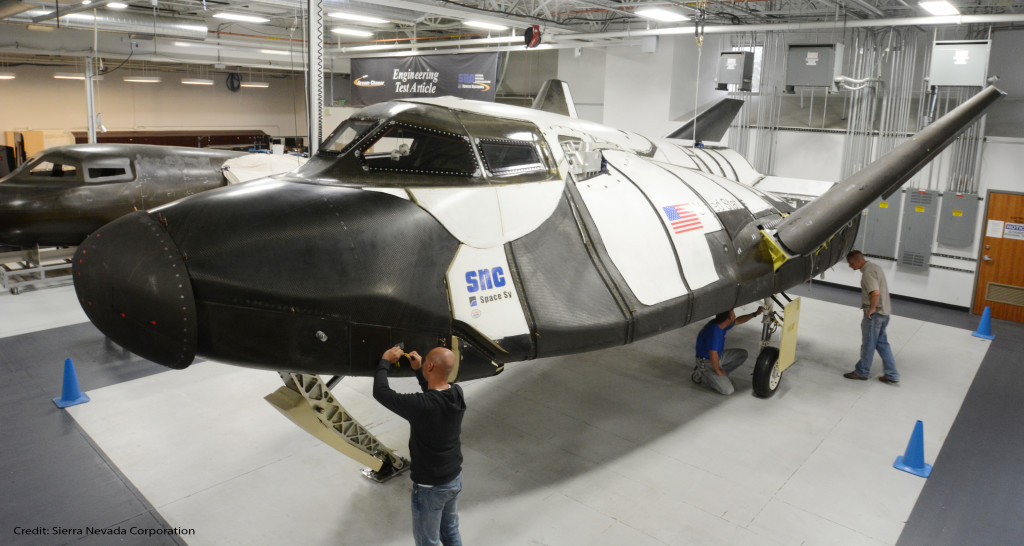 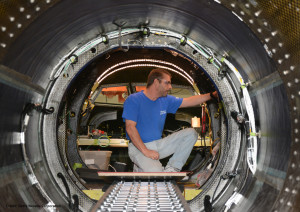 A full-scale engineering test article of Sierra Nevada Corporation’s Dream Chaser spacecraft is nearing completion leading to a second round of atmospheric evaluations at NASA’s Armstrong Flight Research Center in Edwards, California. The flight testing, which calls for the Dream Chaser to be released high over California’s Rogers Dry Lakebed and glide to a safe landing, will build upon an earlier free-flight test milestone that returned valuable data for the design team. 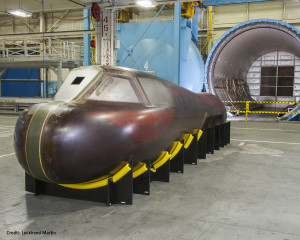 In a presentation at the International Symposium for Personal and Commercial Spaceflight, the company said it has included numerous modifications to the latest version of the Dream Chaser, including structural and systems improvements to its composite wings and aeroshells. The company also maturated its avionics and software, as well as guidance and navigation and control systems. Completing a second free-flight test is part of the Space Act Agreement between Sierra Nevada Corporation and NASA under the Commercial Crew Integrated Capability (CCiCap) development phase of the Commercial Crew Program. In addition to the engineering test article upgrades, the company has made significant progress on the build of the first Dream Chaser orbital vehicle, the design for which will be reviewed during a future CCiCap milestone.

Dream Chaser is designed to carry humans safely into low-Earth orbit inside the winged spacecraft flying a mission profile similar to that of a space shuttle. Like the shuttle, Dream Chaser will be capable of gliding back to a runway landing at the end of the mission.