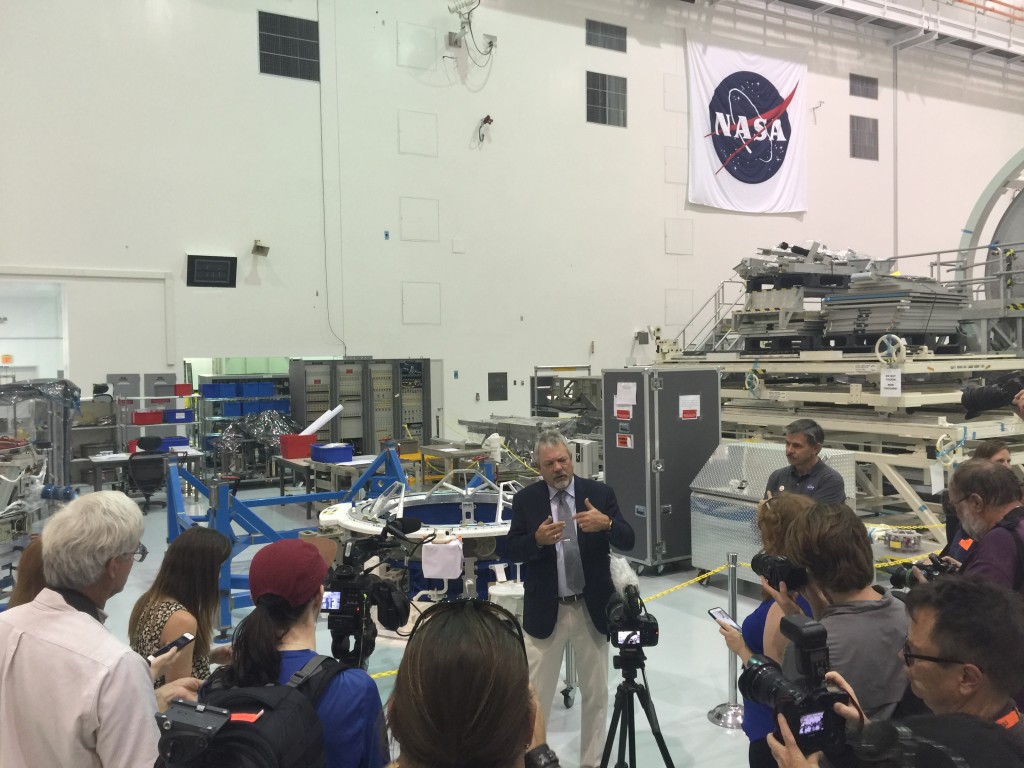 The 1,020-pound docking adapter scheduled to fly to the International Space Station aboard SpaceX’s CRS-9 mission will become an integral part of the orbiting laboratory in short order, experts from the agency’s Commercial Crew Program and Boeing told news media and social media participants this morning. 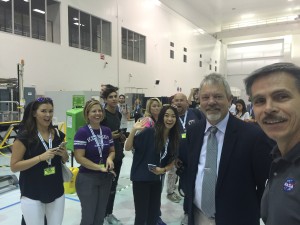 Jon Cowart of NASA’s Commercial Crew Program and David Clemen of Boeing stood in front of an identical adapter – still in assembly for launch on an upcoming SpaceX CRS mission – as they talked to the groups inside the Space Station Processing Facility. Once in place on the station, the docking ring will give visiting spacecraft the ability to autonomously steer themselves to a safe connection with the station without requiring astronaut involvement. The ring now in assembly will provide a second port compatible with the new spacecraft so two spacecraft can be docked at the station at the same time. There is much more to the adapter’s story at http://go.nasa.gov/29KJumC