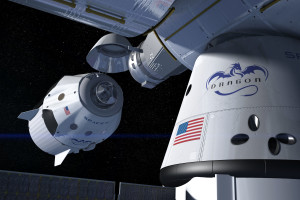 NASA’s Commercial Crew Program placed an order for the second operational mission to carry astronauts to the International Space Station aboard SpaceX’s Crew Dragon spacecraft. The order means that eight vehicles are now in different levels of planning for Commercial Crew flight tests and operational missions by SpaceX and by Boeing, which also is developing the CST-100 Starliner spacecraft for human-rated missions to the space station. The eight missions in process are:

“The order of a second crew rotation mission from SpaceX, paired with the two ordered from Boeing will help ensure reliable access to the station on American spacecraft and rockets,” said Kathy Lueders, manager of NASA’s Commercial Crew Program. “These systems will ensure reliable U.S. crew rotation services to the station, and will serve as a lifeboat for the space station for up to seven months.”

This is the fourth and final guaranteed order NASA will make under the Commercial Crew Transportation Capability contracts. Boeing received its two orders in May and December of 2015, and SpaceX received its first order in November 2015. Both companies have started planning for, building and testing the necessary hardware and assets to carry out their first flight tests, and ultimately missions for the agency. NASA will identify at a later time which company will fly the first post-certification mission to the space station.