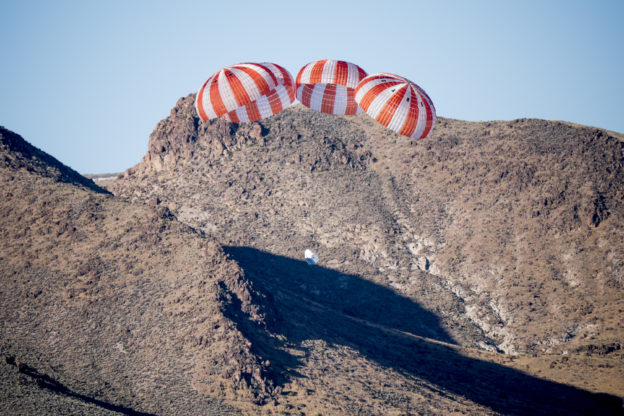 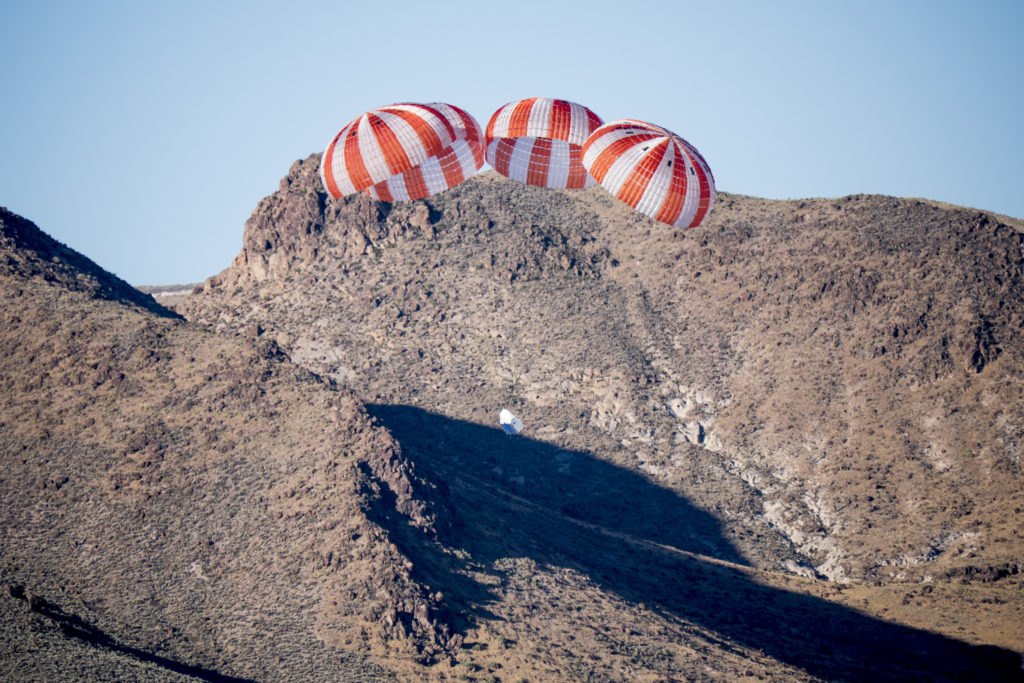 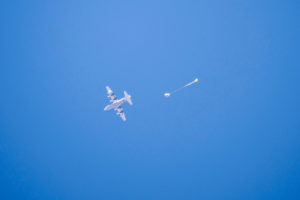 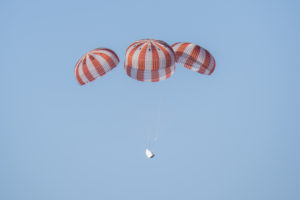 A Crew Dragon test article successfully deployed its four main parachutes as planned during a test that saw the SpaceX-made test article dropped from a C-130 aircraft 26,000 feet above Delamar Dry Lake, Nevada. The Crew Dragon, designed to fly astronauts to the International Space Station, will use four parachutes when returning to Earth. SpaceX plans to land the initial flight tests and missions in the Atlantic Ocean. SpaceX is working on a propulsive landing system the company intends to use in the future missions to propulsively land on land using its SuperDraco engines.

The parachute test is just one of an evaluation regimen that is expected to include many additional parachute drops of increasing complexity. SpaceX and NASA engineers will use the results throughout the test program to confirm the system and get it certified for use first on flight tests and then for operational missions. Photos by SpaceX.