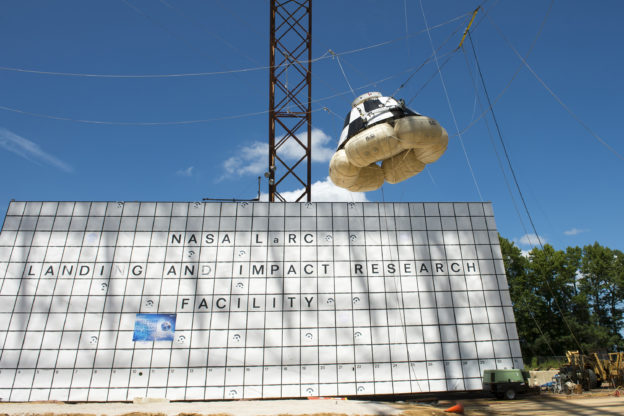 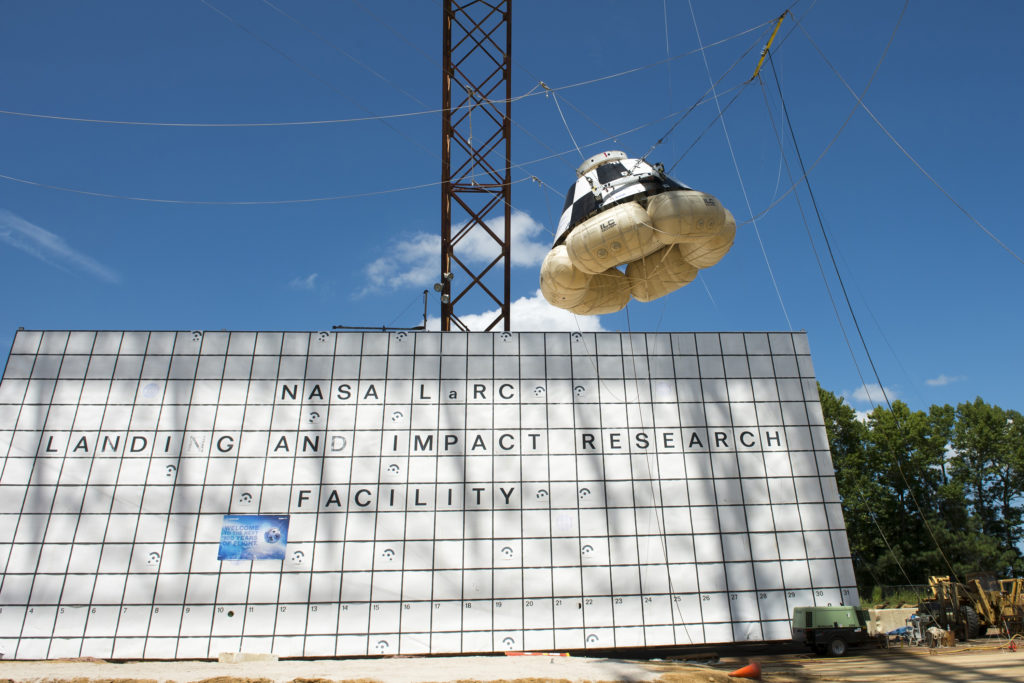 Check out these two additional views of the drop tests campaign for Boeing’s CST-100 Starliner design at NASA’s Langley Research Center in Virginia. The Starliner mock-up was dropped several times from about 30 feet and released on angles and at speeds to evaluate realistic conditions the spacecraft could encounter during the end phase of an actual mission when astronauts are aboard and the spacecraft is touching down in the American Southwest.

Starliner is equipped with airbags to help cushion the impact for the crew inside. Whether it lands on solid ground as planned, or has to splash down into water for an abort, the airbags are to inflate to provide a buffer for the spacecraft. The tests at Langley are being performed inside a landmark red and white gantry at the center that has been used throughout NASA’s history to evaluate many designs ranging from airplanes to the lunar lander for Apollo. The Starliner completed water landing qualification testing earlier this year in Langley’s Hydro Impact Basin. The results are used to confirm the design and NASA Commercial Crew Program engineers will also make their own evaluations from test results.

Starliner is one of two spacecraft in development in partnership with Commercial Crew to fly astronauts to the International Space Station. Tasked with carrying up to four people at a time, both the Boeing Starliner and SpaceX Crew Dragon are big enough to allow an expansion of the resident crew on the orbiting laboratory which means research time on the station will double. 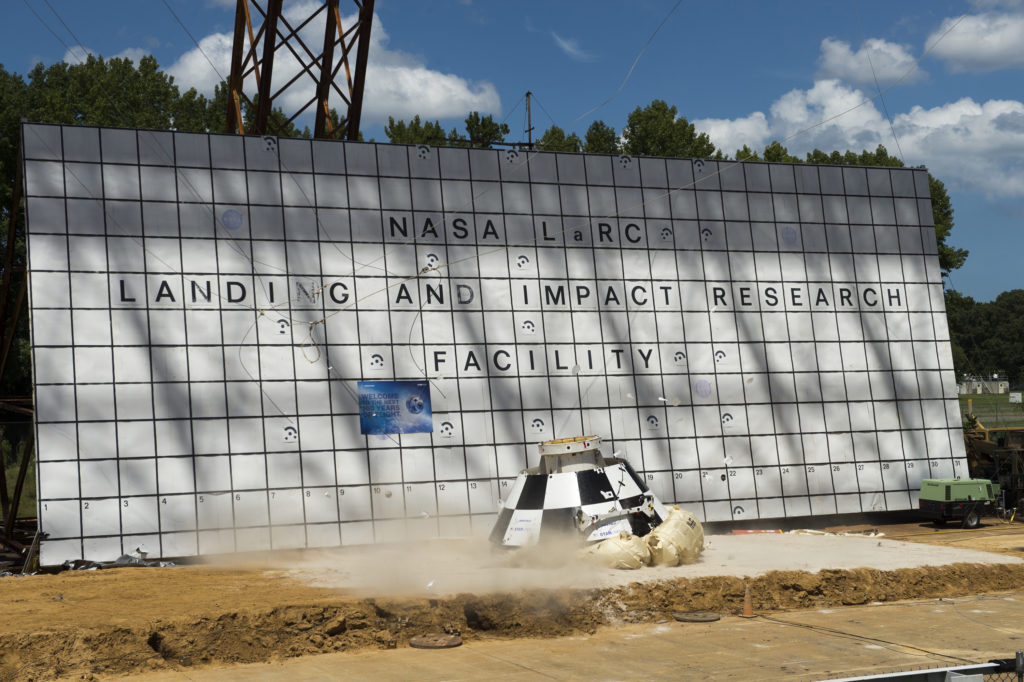