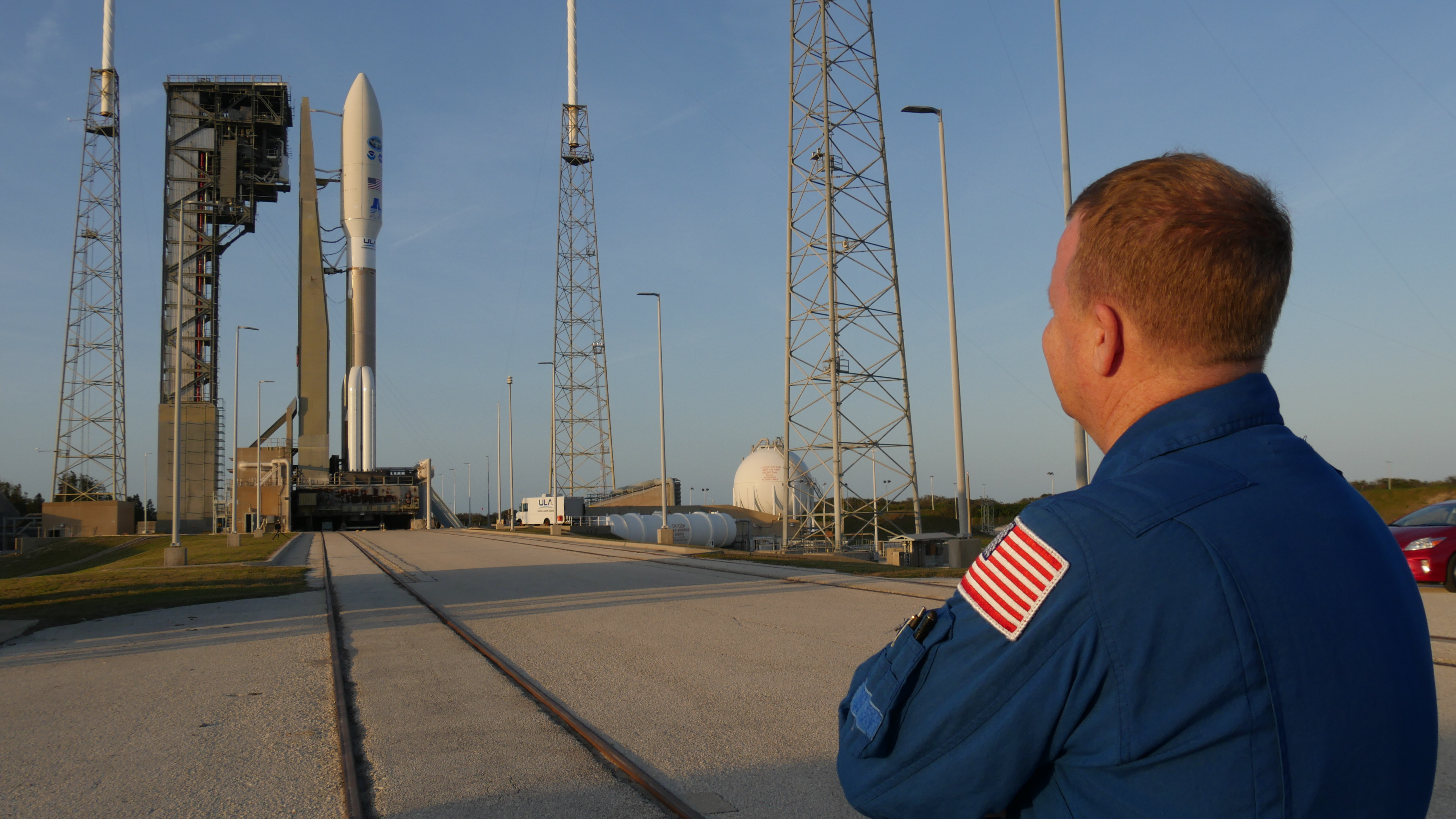 NASA astronaut Eric Boe, one of four astronauts working with the agency’s Commercial Crew Program, had the opportunity to check out the Crew Access Tower at Space Launch Complex 41 (SLC-41) Wednesday with a United Launch Alliance Atlas V on the pad. Boe, along with launch operations engineers from NASA, Boeing, and ULA, climbed the launch pad tower to evaluate lighting and spotlights after dark. The survey helped ensure crew members will have acceptable visibility as they prepare to launch aboard Boeing’s Starliner spacecraft on the Crew Flight Test to the International Space Station targeted for later this year.

The Atlas V at the pad is scheduled to carry NOAA’s GOES-S satellite to orbit later today for NASA’s Launch Services Program. For more information on today’s launch, visit https://blogs.nasa.gov/goes.